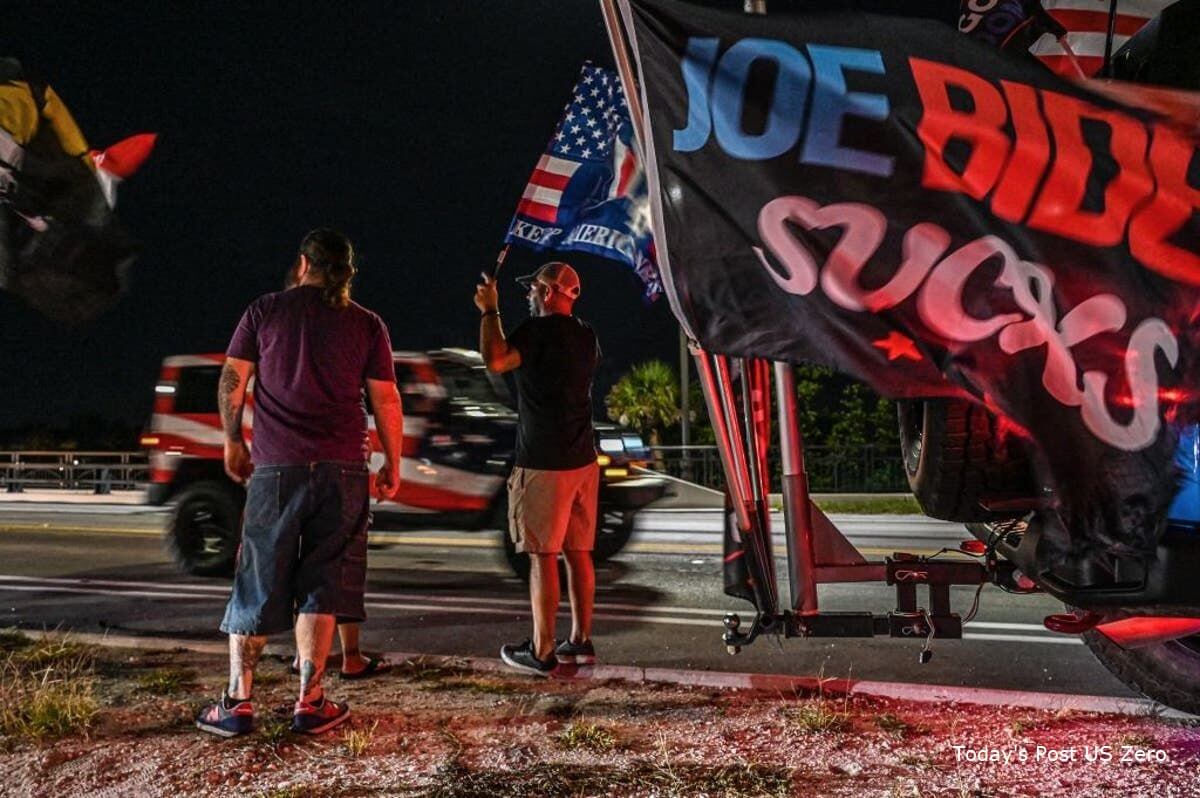 Well, according to the administration of President Joe Biden that is precisely what happened this week when the FBI raided the Florida home of former President Donald Trump.

“No, the president was not briefed, was not aware of it. No. No one at the White House was given a heads up, no. That did not happen,” she said.

How is it possible that such a raid, which officials confirmed was approved at the highest levels of the Department of Justice, would not be communicated to the President of the United States?

If that is the truth that it is an incredible statement about the dysfunction that is the Biden administration.

Another reporter pressed Jean-Pierre, befuddled at the fact that the administration was in the dark on the raid.

“Again, we’re just not going to comment on any ongoing investigations from here,” she said.

“We learned just like the American public did yesterday, and we did not have advanced notice of this activity.

“President Biden has been very clear from before he was elected president and throughout his time in office that the Justice Department conducts its investigation independently,” she said.

For instance, according to various reports, the federal magistrate judge in Florida who signed off on the search warrant took a leave of absence from a local U.S. Attorney’s office more than 10 years ago to represent employees of convicted pedophile Jeffrey Epstein after they had gotten immunity during the lengthy probe of the now-late financier for sex trafficking.

The New York Post quoted sources that said U.S. Magistrate Judge Bruce Reinhart — ironically enough nominated to his post in 2018 by then-President Trump — signed off on the FBI’s warrant to search the former president’s palatial home in South Florida in what he said was an “unannounced raid on my home.”

Reinhart was elevated to magistrate judge in March 2018 after 10 years in private practice. That November, the Miami Herald reported that he had represented several of Epstein’s employees — including, by Reinhart’s own admission to the outlet, Epstein’s pilots; his scheduler, Sarah Kellen; and Nadia Marcinkova, who Epstein once reportedly described as his “Yugoslavian sex slave.”

Kellen and Marcinkova were among Epstein’s lieutenants who were granted immunity as part of a controversial 2007 deal with federal prosecutors that allowed the pervert to plead guilty to state charges rather than federal crimes. Epstein wound up serving just 13 months in county jail and was granted work release.

According to the outlet, Reinhart resigned from the South Florida US Attorney’s Office effective on New Year’s Day 2008 and went to work for Epstein’s cohorts the following day. Epstein, who was found dead in August 2019 of an apparent suicide in the Manhattan Correctional Center while awaiting trial on federal sex-trafficking charges, had hired a stable of high-powered lawyers, including former independent counsel Kenneth Starr.

According to the Herald in 2018, the judge was later identified in a civil lawsuit accusing him of violating DOJ policies by changing sides during the Epstein investigation. The paper went on to suggest that Reinhart used insider information regarding the investigation in order to gain favor with Epstein.

Reinhart denied that he had done anything wrong in a 2011 affidavit while going on to claim that since he did not get involved in any federal probe of Epstein, he, therefore, had no access to any inside information regarding the case.

But in a 2013 court filing, former colleagues of his contradicted that claim, saying that he had “learned confidential, non-public information about the Epstein matter.” In a response to the Miami paper, Reinhart said a complaint filed against him by an attorney for Epstein’s victims was summarily dismissed by the Department of Justice.

According to his official biography for his dozen years serving as a federal prosecutor, Reinhart “managed a docket that covered the full spectrum of federal crimes, including narcotics, violent crimes, public corruption, financial frauds, child pornography, and immigration”.