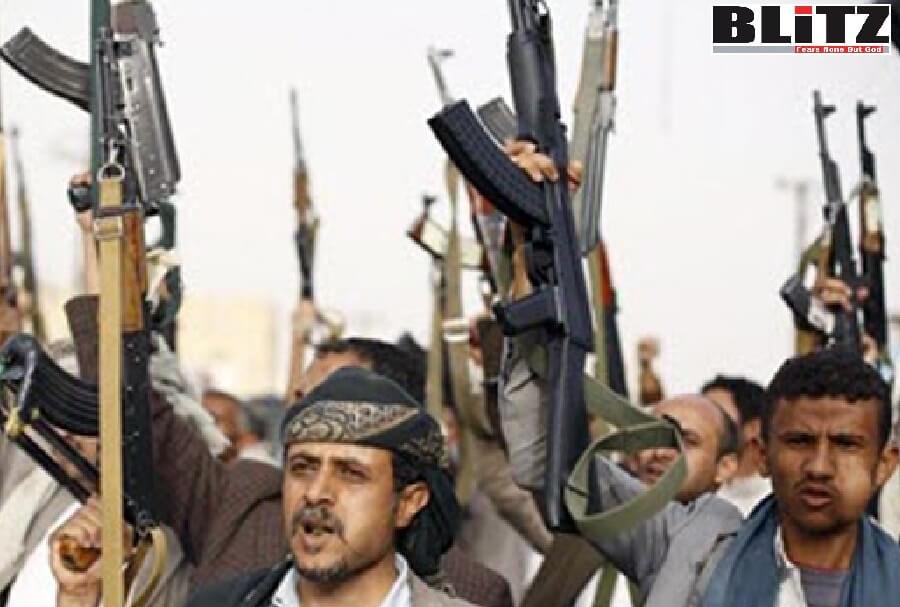 Delisting the Houthis from their terror designation and not condemning their lack of willingness to negotiate a solution have only empowered the Iranian-directed group. Writes Maya Carlin

Since the Biden administration took office, the Iranian-backed Houthi rebels have carried out terrorist activities, escalated the civil war in Yemen and blatantly undermined international efforts to maintain regional peace in the Middle East. November was a particularly representative month for the Houthis considering the militia continued their brutal offensive in Yemen, despite U.S.-Saudi efforts to implement a negotiated solution to the conflict.

On top of this, the U.S. State Department confirmed that 25 Yemenis employed by the U.S. embassy and USAID were detained by the Houthi rebels in the city of Sana’a on Nov. 11. The empowered group, thoroughly sponsored by the Iranian regime, is clearly reacting to perceived U.S. concessions. In order for the White House to achieve its goal of ending the Yemen conflict, the U.S. approach must transition from a policy of appeasement to a policy that can be taken seriously by our allies and adversaries alike.

Almost immediately after stepping into office, President Joe Biden made ending the Yemen war and American support for Saudi-led military efforts a priority. The goal of resolving the devastating humanitarian disaster that has killed and displaced thousands of civilians was not the problem. The tactics and policy decisions made to enforce the goal were.

First, the Biden administration reversed the Trump-era decision to classify the Houthis as a terrorist organization. Less than 48 hours later, White House officials were forced to condemn the Houthis for carrying out terrorist activities targeting civilians and perpetuating new military operations in Yemen. Other than a stern press release published by the State Department, no consequences were brought upon the rebels.

Next, Riyadh proposed a ceasefire agreement that would be supervised by the United Nations. The Houthis instantly criticized the proposal and proceeded to continue their offensive in the Marib Governorate of Yemen, displacing thousands of civilians. The United States “welcomed” the initiative, but the Houthi’s actions did not waver. Why would the Houthis prioritize a negotiated solution to the end of the war when they were essentially getting a pass to continue their military operations?

The latest actions by the Houthis—arbitrarily detaining U.S. government employees—further emphasize their lack of interest in pursuing a peaceful cessation of the conflict. The rebels seized the compound that used to serve as the U.S. embassy before the civil war broke out in 2015. Although many detainees have been released, it is unclear how many remain. A State Department Spokesperson called on the Houthis to “immediately vacate it and return all seized property,” adding that “the U.S. government will continue its diplomatic efforts to secure the release of our staff and the vacating of our compound, including through our international partners.”

While the embassy crisis is underway, U.S. Special Envoy for Yemen Tim Lenderking is traveling to the Gulf to meet with Bahrain and Saudi Arabia to discuss regional issues and coordination. Iran’s activity in the region will likely be at the forefront of conversations. If America wants to see different results in Yemen, it must consider different tactics. Delisting the Houthis from their terror designation and not condemning their lack of willingness to negotiate a solution have only empowered the Iranian-directed group.

Maya Carlin is an analyst at the Center for Security Policy in Washington, D.C., and a former Anna Sobol Levy Fellow at IDC Herzliya in Israel.