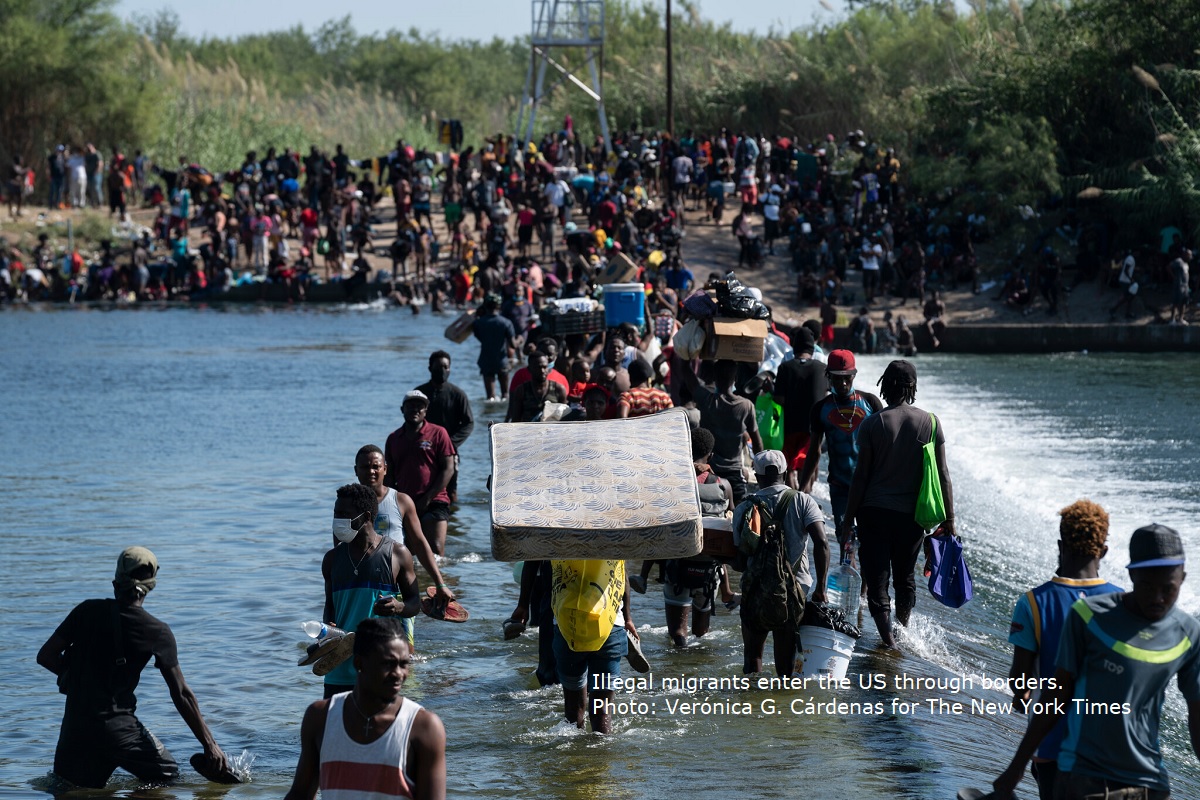 Joe Biden is whole-heartedly welcoming hundreds and thousands of illegal migrants every year to the United States and since he took office, at least 1.65 million illegal migrants have already succeeded in entering the country, while the number is on rise. If this trend continues, by the end of Joe Biden’s current tenure, the total number of illegal migrants entered during 2020-2024 would cross over 3 million. Majority of these illegal migrants are from South American countries, as well as the Middle East, Iran, Afghanistan, India, Pakistan, Bangladesh, Sri Lanka, Nepal, Philippines, Malaysia, Indonesia, Turkey, Ukraine, Gaza, Morocco, Nigeria, Tanzania, Ghana, Guinea, Kenya, Mozambique, Togo, and other African nations.

According to Department of Homeland Security (DHS) officials, an average of 55,000 illegal migrants are evading capture from border agents every month under the Biden administration. Meaning, they are succeeding in entering the US.

More than 500,000 immigrant “gotaways” are believed to have entered the US via the southern border since the beginning of Fiscal Year 2022, DHS officials told Fox News.

“Gotaways” is a commonly used term for illegal immigrants who have been spotted crossing the border by agents or on camera but were not caught or processed by officials.

June marked the fourth month in a row with more than 200,000 encounters with border crossers, DHS said. June data brought the total number of encounters in FY 2022 to 1,746,119 — the most the agency has recorded for any fiscal year since 1960.

And yet DHS chief Alejandro Mayorkas insists the border is “secure” – much to the ire of Border Patrol officials on the ground.

“Hundreds of thousands crossing every month is not the definition of secure,” one agent told Fox News Digital last week. “They are liars and anyone who believes them are fools.”

Migrant deaths at the US-Mexico border are also at an all-time high under Team Biden’s open border policies. More bodies of migrants have been recovered over the past nine months than any full year in recorded history, the Washington Examiner reported, citing data obtained from Customs and Border Protection.

Since the start of the federal government’s 2022 fiscal year last October, authorities have found 609 bodies on the US side of the southern border.

The Examiner said that number was confirmed by three federal law enforcement officials.

The South Texas area known as the Rio Grande Valley reported 173 bodies found, more than any other of the nine regions that the Border Patrol divides the 2,000-mile southern border by. The Del Rio region of Texas followed with 154 bodies; 72 in Tucson, Arizona; and 64 in Laredo, Texas.

“Our families and communities in the RGV are paying for the cost of this administration’s self-inflicted humanitarian and security crisis. I’ve heard firsthand horror stories on many occasions, and it breaks my heart that Washington, DC treats this like a political issue and not what it really is — life and death”, Texas Republican Rep. Mayra Flores, who won a special election in June in a highly competitive border district, said in a statement to the Washington Examiner. “We need leadership, we need action, and we need it now”.

Criminals, terrorists and jihadists entering the US

While the number of already entered illegal migrants may be a matter of grave concern to Americans, particularly the security agencies, it is also learnt that a significant portion of these illegal migrants comprise of criminals, terrorists and jihadists. Meaning, members of Afghan Taliban, or Islamist jihadist groups such as Al Qaeda, Islamic State, Hezbollah, Hamas etcetera also are continuing to enter the United States.