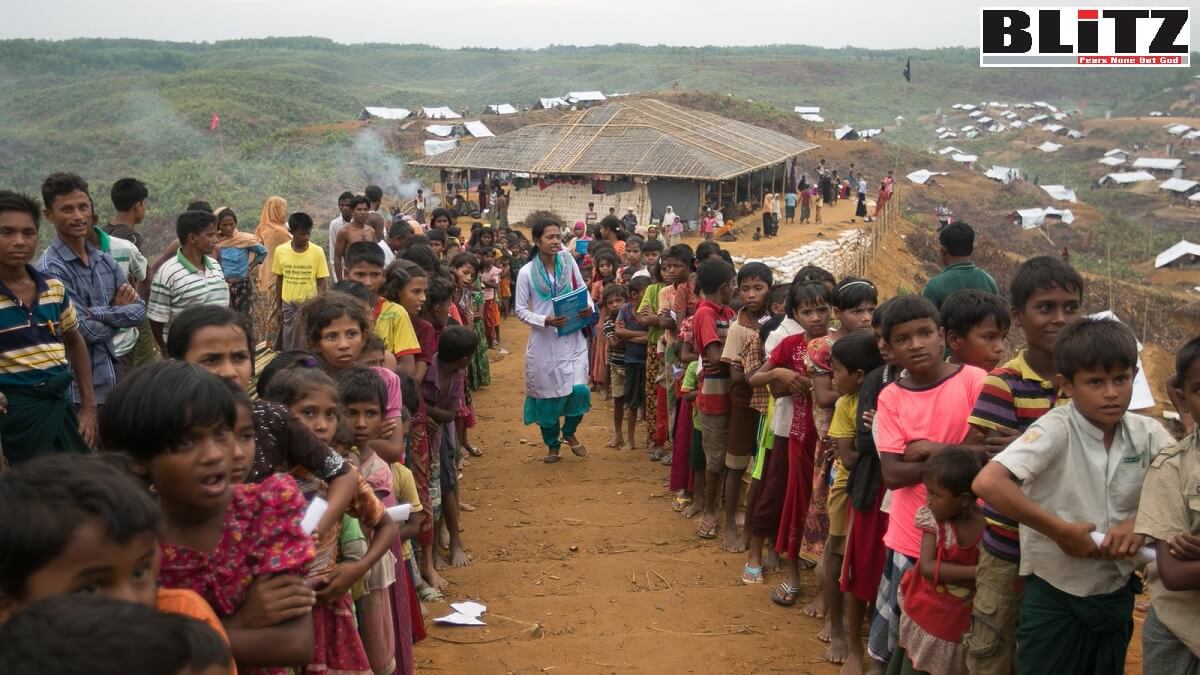 While every year, Biden administration is planning to accept more than 125,000 migrants from foreign nations, thousands of Rohingyas who are stranded in Bangladesh since 2017 may finally start getting opportunity of entering the US and ultimately become naturalized citizen.

Anita Mathur, Special Contributor to BLiTZ said, Washington may start receiving Rohingyas soon, while each batch may consist few hundred, which will continue until December 2024, as President Joe Biden is giving special emphasis on helping Rohingyas in finding better lives in the US.

Mathur said, in addition to accepting Rohingyas, Biden administration may intensify pressure on Myanmar in immediately taking-back Rohingyas from Bangladesh.

On December 12, 2022 Antony Blinken, in his official role as Biden administration Secretary of State, formally signed a “Memorandum of Understanding” with the Tent Partnership for Refugees, a hugely influential pro-migration organization lavishly financed by its founder, Chobani yogurt CEO Hamdi Ulukaya.

Tent Partnership for Refugees describes itself as “a network of over 300 major companies committed to integrating refugees in their host communities”.

Blinken declared at the ceremony:

This year, as you all know, we have hit around the world what is truly a sobering milestone: We now have more than 100 million people, for the first time in recorded history, forcibly on the move from their homes. Of those 100 million or so, about 35 million people are refugees or asylum seekers. And more than a million are children born as refugees.

They have gone through incredibly difficult ordeals. But one of the things that we all know is that the journey isn’t over even when they arrive at the destination.

Finding a home. Learning a language. Seeking a job. Getting kids into school. Building community. All of these steps are essential for refugees to build new lives in new lands.

The Tent Partnership fully understands the valuable ally it has in the White House. Its website says:

Since 1980, the US has admitted more than 3 million refugees. The current administration has pledged to welcome hundreds of thousands of additional displaced people – including 95,000 Afghans who worked alongside the US military and 100,000 Ukrainians forced to flee Russia’s recent military invasion. There is a unique opportunity for businesses to step up and help these newcomers to economically integrate into their new communities.

In his remarks, Blinken mentioned his close association with Ulukaya going back to the days of the Obama administration, and spoke of how countless US businesses are committed to employing refugees as soon as they are settled within the interior of this country:

We’re also assisting Ukrainians and Afghans who’ve fled their countries and sought safety here in the United States – in part by collaborating with Welcome.US, an organization that’s mobilizing American citizens and businesses to support our new neighbors.

The Los Angeles Declaration binds the US to accepting more foreign workers. From a State Department “Fact Sheet” on the declaration:

Legal labor pathways provide an alternative to irregular migration while meeting domestic labor needs for employers who can demonstrate no US workers are able, willing, qualified, and available to do the temporary work, and the United States is working to further expand those pathways in FY 2023 in addition to collaborating with interagency partners to help reduce H-2 workers’ significant vulnerabilities.

The United States implemented the Asylum Processing Interim Final Rule (IFR) in May to allow for expedited processing of asylum claims of noncitizens who enter the United States via the US border.

In fact, we know – again, from experience – that the most driven, energetic, determined, strong people on Earth tend to be refugees because everything they’ve had to go through to get to where they are is evidence of that strength, evidence of that opportunity to contribute. And we see that here in the United States day in, day out.