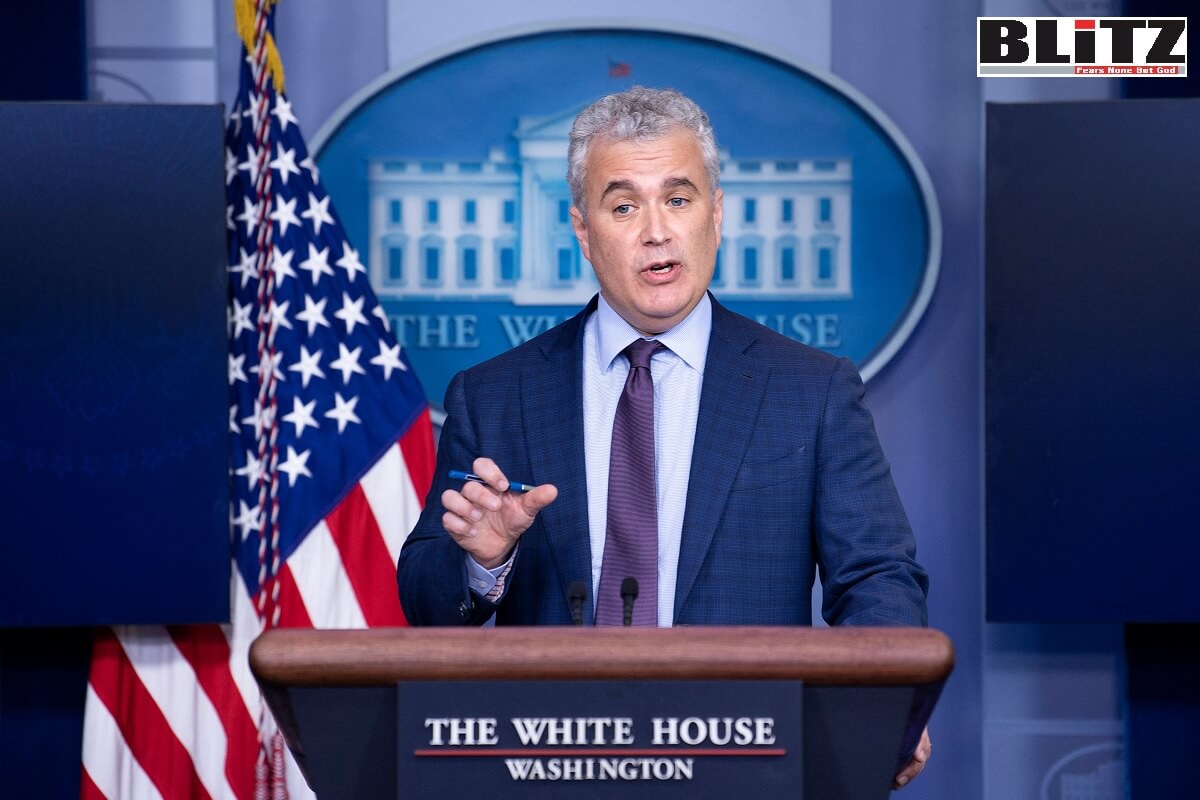 White House Chief of Staff Ron Klain, an ally of Joe Biden for three decades, is stepping down. Team Biden has named Jeff Zients, formerly the coordinator of the Biden COVID response team and a top Obama-era operative, as his replacement.

Klain is departing because he’s “ready to move on”, The New York Times “reported”.

Outlets which don’t parrot Team Biden talking points noted that either Klain was smartly exiting a sinking ship or that he “was just tired of performing elder care”.

The news of Klain’s departure came one day after the White House “threw senior adviser Anita Dunn under the bus for the decision to keep the public information flow to a trickle regarding Biden’s classified document scandal”, Zero Hedge noted.

The New York Times reported on Friday that Dunn and her husband, Biden’s personal lawyer Bob Bauer, and White House counsel Stuart F. Delery and Richard Sauber, were part of a “tight circle” involved in discussions on how to deal with the classified documents scandal.

Zero Hedge added: “We don’t know at this stage, but we assume Klain was apprised of Dunn’s strategy, and perhaps even signed off on it. Now that we’re in the ‘who said what, and when’ phase of a Special Counsel investigation into the matter, nothing is off the table”.

As Biden’s chief of staff, Klain has also presided over a rash of troubles that have tanked public support for Biden — including the highest inflation in 40 years, and the creation of a border crisis after shredding much of former President Donald Trump’s border policy.

Zients, who did stints atop the National Economic Council and Office of Management and Budget during the Obama administration, is seen by Team Biden insiders as a “master implementer”, Politico reported.

“Zients has also been the subject of rising criticism from the party’s progressive wing”, the report added.

Breaking: Biden has picked former White House COVID Coordinator Jeff Zients as Chief of Staff. Zients, whose net worth is $150 million+, pushed for strict employer vaccine mandates, led the censorship of Americans, and told the unvaccinated they faced “severe illness and death.”

In a statement released by the Revolving Door Project, Zients was characterized as someone who “has become astonishingly rich by profiteering in health care” companies and who embodies the “corporate misconduct” that the executive branch needs to penalize.

“We have long argued for a ‘corporate crackdown’ on behaviors that violate federal laws and harm the American people in order for corporations to become richer. Those are the practices that have made Zients rich”, the organization’s founder and director, Jeff Hauser, said in the statement. “We’re deeply worried that Zients will prevent the administration from exercising power righteously on behalf of an already cynical populace”.

Joe Biden has already become a “heavy cargo” – a huge liability to the US intelligence agencies – especially Pentagon and CIA. Despite the fact the US proclaims itself as a “real democracy”, in fact, it is a deep state – a country run by intelligence agencies, where the top brasses in the White House are just their puppets. We need to remember, CIA played active role behind ouster of Richard Nixon and he was replaced by the only unelected president in the American history.

Commenting on Richard Nixon, if he was a criminal, popular news anchor Tucker Carlson said: “if any president could claim to be the people’s choice, it was Richard Nixon. Richard Nixon was re-elected in 1972 by the largest margin of the popular vote ever recorded before or since. Nixon got 17 million more votes than his opponent. Less than two years later, he was gone. He was forced to resign and in his place, an obedient servant of the federal agencies called Gerald Ford took over the White House”.

And now everyone knows who is actually running the White House. Still let it be repeated – it is Barack Obama, who is running day-to-day affairs of the White House as sleepy, brain-dead, clumsy Joe Biden is absolutely unfit for the position.