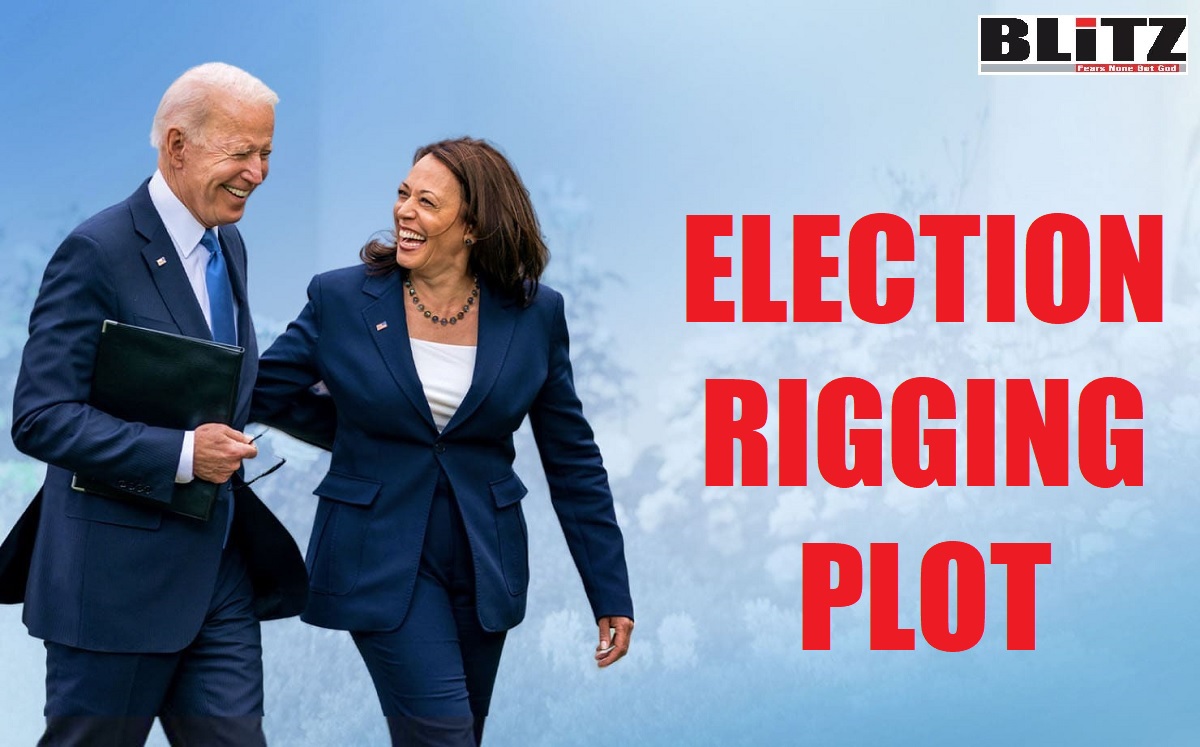 While Americans are becoming increasing frustrated and angry at Joe Biden for his failed policies that has already pushed the entire nation towards devastating crises, Biden is secretly planning to rig 2022 midterm elections as he already knows, if the midterm election is free and fair, American voters are going to reject Democrats and there would be a red wave, meaning Republicans will gain control both in the Congress and Senate, which would ultimately result in impeachment of Joe Biden and end of his scandalous tenure. Joe Biden also knows, following the November midterm elections, once Republicans gain majority in the House and Senate, it will be a huge disaster to the members of his own family. His son Hunter Biden and many others would end up in jail.

According to Mollie Ziegler Hemingway, the Editor-in-Chief of The Federalist, “The White House is refusing to share details about its coordinated efforts to engage in a federal takeover of election administration”.

Joe Biden really does not want the public to know about his federal takeover of election administration. Dozens of members of Congress have repeatedly asked for details, to no avail. Good government groups, members of the media, and private citizens have filed requests under the Freedom of Information Act. Not a single one has been responded to. All signs indicate a concerted effort to keep the public in the dark until at least after the November midterm elections. The lack of transparency and responsiveness is so bad that the Department of Justice and some of its agencies have been repeatedly sued for the information.

When President Biden ordered all 600 federal agencies to “expand citizens’ opportunities to register to vote and to obtain information about, and participate in, the electoral process” on March 7, 2021, Republican politicians, Constitutional scholars, and election integrity specialists began to worry exactly what was up his sleeve.

They had good reason. The 2020 election had suffered from widespread and coordinated efforts by Democrat activists and donors to run “Get Out The Vote” operations from inside state and local government election offices, predominantly in the Democrat-leaning areas of swing states. Independent researchers have shown the effect of this takeover of government election offices was extremely partisan and favored Democrats overwhelmingly.

At the time the order was issued, Democrats were also hoping to pass H.R. 1, a continuation of the effort to destabilize elections throughout the country via a federalized takeover of state election administrations.

Biden gave each agency 200 days to file their plans for approval by none other than Susan Rice, his hyper-partisan domestic policy advisor. Yet fully nine months after those plans were due, they are all being hidden from the public, even as evidence is emerging that the election operation is in full swing.

There are several major problems with Biden’s secret plan, critics say. It’s unethical to tie federal benefits to election activity. It’s unconstitutional to have the federal government take authority that belongs to the states and which Congress has not granted. And, given that all 50 states have different laws and processes governing election administration, it’s a recipe for chaos, confusion, and fraud at a time when election security concerns are particularly fraught.

Mobilizing voters is always a political act. Choosing which groups to target for Get Out The Vote efforts is one of the most important activities done by political campaigns. Federal agencies that interact with the public by doling out benefits can easily pressure recipients to vote for particular candidates and positions. Congress passed the Hatch Act in 1939, which bans bureaucrats and bureaucracies from being involved in election activities after Democrats used Works Progress Administration programs and personnel for partisan political advantage.

Executive Order 14019 ignores that the Constitution does not give the executive branch authority over elections. That power is reserved for the states, with a smaller role for Congress. With H.R. 1 and other Democrat Party efforts to grab more control over elections have thus far failed, Congress hasn’t authorized such an expansion.

As with previous efforts to destabilize elections, the chaos and confusion that would occur are part of the plan. The Executive Order copied much of a white paper put out by left-wing dark money group Demos, which advocates for left-wing changes to the country and which brags on its website that it moves “bold progressive ideas from cutting-edge concept to practical reality”. Not coincidentally, Biden put former Demos President K. Sabeel Rahman and former Demos Legal Strategies Director Chiraag Bains in key White House posts to oversee election-related initiatives.

[Sabeel] Rahman serves as senior counsel at the White House office that oversees regulatory changes, meaning he approves every federal agency’s regulations and provides legal review of executive orders before they’re released. If you were looking to rush out constitutionally and ethically questionable orders, this post would be key to fill. Bains had been Demos’ director of legal strategies, helping write the paper that was turned into an executive order. He reports directly to Susan Rice, the hyperpartisan head of the Domestic Policy Council.

These revelations of Mollie Ziegler Hemingway will not be covered by most of the American press. Most possibly this information will be suppressed by algorithm so that it does not reach millions of American voters.

In plain words, Joe Biden and his Democratic Party cronies are plotting a massive rigging during the November midterm elections. They will steal votes to remain in power – eternally!