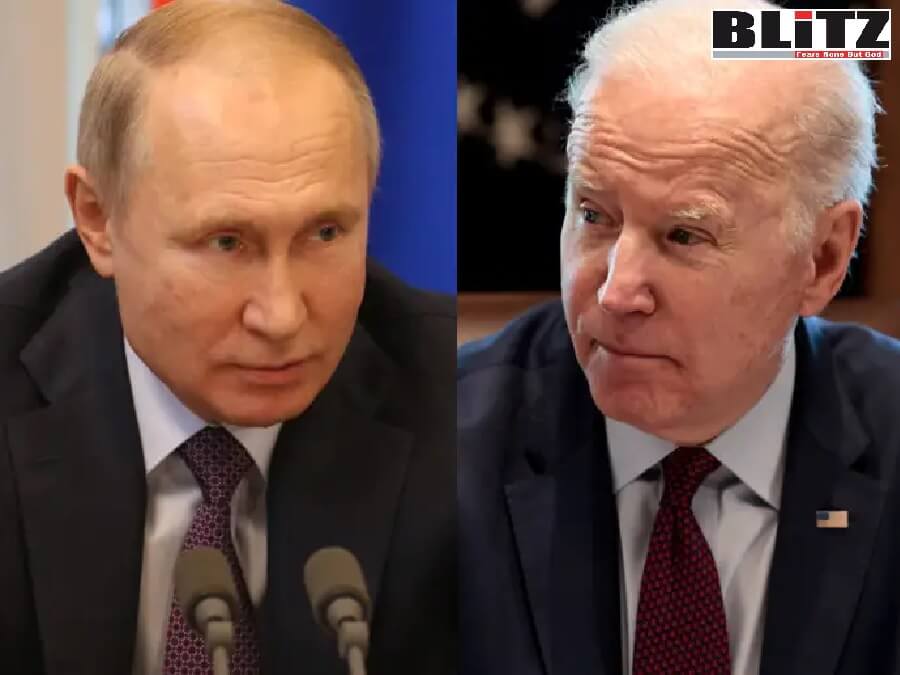 After US President Joe Biden said on Saturday that Russian President Vladimir Putin “cannot remain in power,” both the White House and some US lawmakers hurried to put out the fire set by their president. But no matter how well Biden’s propaganda machine works, it cannot downplay the fact that such a blunt statement at a sensitive time could further inflame the situation. This was unwise and irresponsible, reflecting a dire problem within US policy-making: some politicians are taking their personal grievances to the national level.

The US president’s remarks imply the policies of Washington. When there is ongoing crisis in Ukraine, they could lead to very dangerous consequences. US Senator Rob Portman of Ohio, who is the top Republican on the Senate Foreign Relations Committee, said Biden’s line was a “horrendous gaffe,” urging Biden to “stay on script.”

Moreover, Biden said Putin “is a butcher” after visiting with refugees in Warsaw, Poland on Saturday. Previously, Biden called Putin a “war criminal” and “killer.” Lü Xiang, a research fellow at the Chinese Academy of Social Sciences, said Biden’s move to take his personal grievances to national level is risky.

Biden’s “off-script” remarks were the reflection of his frustrations and anguish with the situation.

According to Lü, Putin can be seen as a thorn to Biden. It was Biden who played an important role as a foreign policy maker in Ukraine issues in 2014, but he didn’t achieve exactly what the US wanted. Now, the Ukraine crisis has again become a problem for Biden. “Now the US is in deep distress. It looks like the US has dominated public opinion, but in the battlefields it is Russia taking an upper hand. Besides, the US wishes to redeploy its strength to the Indo-Pacific, but it has to refocus on Europe politically and militarily. This isn’t what Biden wants,” Lü said.

The latest Grinnell College National Poll on March 23 showed a drop in Biden’s job approval to 34 percent, with 52 percent of Americans disapproving of his job performance and 14 percent being unsure. In contrast to Biden’s slide in approval ratings, Putin has seen his remain strong – an early March poll by the All-Russian Public Opinion Research Center revealed Russian public’s confidence in Putin rose to 79.6 percent.

“The US has made eye-catching gestures internationally, but ordinary Americans don’t buy it,” Lü noted. Americans have just escaped from a quagmire that trapped them for 20 years, and they are now facing another one – one that could be even worse.

The American people have to withstand soaring inflation and skyrocketing energy prices, but their government prefers to spend money on “supporting” Ukraine rather than on solving domestic problems.

Biden’s hostility cannot be reversed: It seems that his ultimate goal is to topple another nuclear power and overthrow its leadership. Many are seriously worrying that the Ukraine crisis will get out of control and escalate into a nuclear war, given that both sides are becoming more ferocious.

“Many fights start from quarrel. There can be a number of policy implications behind a name-calling remark, and the targeted party may want to be proactive to take an upper hand,” Lü said.

Will it be a shame for American politics if repeated “slips of the tongue” by the country’s top leader trigger a crisis that the American people cannot afford?