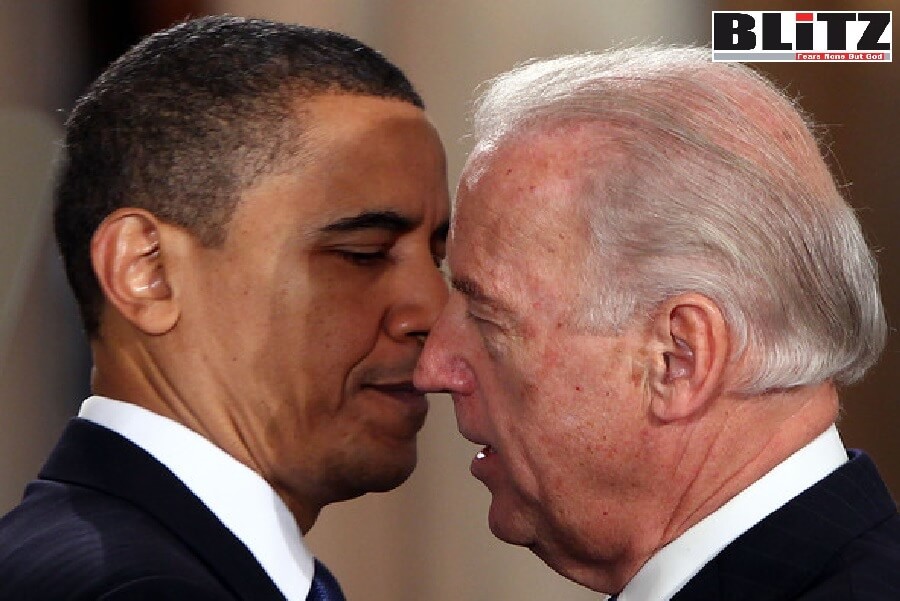 Joe Biden has a “cursed presidency” because he has had to deal with the COVID-19 pandemic, inflation, the Russia-Ukraine War and rising energy prices. Writes Paul Antonopoulos

According to an article authored by The Guardian’s Washington DC Bureau Chief, David Smith, Joe Biden has a “cursed presidency” because he has had to deal with the COVID-19 pandemic, inflation, the Russia-Ukraine War and rising energy prices. However, how many of these issues are of his own creation and will this affect the midterm elections?

Smith believes that this concoction of issues has the potential to affect the mood in American society. “Whatever the causes of inflation, history suggests that voters may punish him at the ballot box,” Smith wrote, adding: “all signs point to Republicans winning the House and possibly the Senate [in the upcoming midterm elections].”

Larry Jacobs, the director of the Center for the Study of Politics and Governance at the University of Minnesota, was quoted in the article as saying that “Biden has a cursed presidency.” He reiterated that Biden immediately faced the COVID-19 pandemic at the beginning of his presidency, saw inflation spiral out of control, and is now dealing with the Ukraine crisis, as well as rapid increases in energy prices – these issues will have serious repercussions at the ballot box.

The fact is though that energy prices began to rise long before Russia began its military operation in Ukraine. However, Biden attempts to attribute all the blame to Moscow. None-the-less, many Republicans took advantage of the situation to accuse the US leader of failing to deliver on his campaign promises and of attempting to deny the causes of the issue without correcting the mistake.

Although polls show most Americans support Biden’s actions regarding the situation in Ukraine, most voters will likely be influenced by the socio-economic situation in the US rather than the president’s policies towards Eastern Europe. Effectively, the article believes that the Democratic Party risks losing its majorities in both houses of Congress, which will then make it extremely difficult for the president to promote any initiatives.

The ban on oil and gas imports from Russia has hit the average American hard, which is affecting Biden at the polls. It is noted though that the Republicans who previously called for an energy embargo against Russia are now sharply criticizing the White House for raising fuel prices.

Biden restriced Russian hydrocarbon imports and released 30 million barrels of oil from the strategic reserve to be put on the market to reduce prices and prevent supply disruptions. However, thus far, that measure has not helped and instead Biden continues to blame his Russian counterpart Vladimir Putin.

“The decision today is not without cost here at home,” the American president said on March 8. “Putin’s war is already hurting American families at the gas pump.”

If social media is anything to go by, it appears that many Americans remember that inflation and energy prices were increasing before the Russian military entered Ukraine.

It is recalled that Biden tried to arrange video meetings with the leaders of Saudi Arabia and the UAE but was unsuccessful. American commentators are now discussing the emerging split between Washington and the Arab World. In fact, the Americans are so desperate to try and replace Russian energy that for the first time in years an American diplomat visited Caracas to meet Venezuelan President Nicolás Maduro. Although it was promised that sanctions would be eased, Venezuela’s president put in place harsh conditions that the White House did not agree to.

With Biden failing to secure alternative energy sources, conservative commentators did not hold back their disdain. In one example, television host Tucker Carlson said that “Biden’s sanctions policy” was actually an economic “punishment for the American middle class” and “not Vladimir Putin.”

Compounding Biden’s problems is the fact that even the EU’s most important country Germany has made it clear that it is not ready to give up on Russian energy sources. For this reason, Americans are beginning to question why they could potentially end up suffering more so than the Europeans.

The American president had to admit that the upcoming midterm election “may be the most important off-year election in modern history.” If Democrats lose their majorities in the House and the Senate, he said, “the only thing I’ll have then is a veto pen.”

In the context of the Ukraine crisis, the president’s ratings have risen slightly: from 40% to 42.7%. But this is evidently not enough and it seems that all of Biden’s decisions has only benefited the Republicans. According to CNN data, among independent voters, Biden has one of the lowest ratings in history at a paltry 36%.

Falling living standards will surely affect the Democratic Party negatively in November’s election. As the price of gas is rapidly rising, many businesses are unlikely to survive. In this context, no amount of Russia blaming or deflecting will save Biden from facing the wrath of American voters.