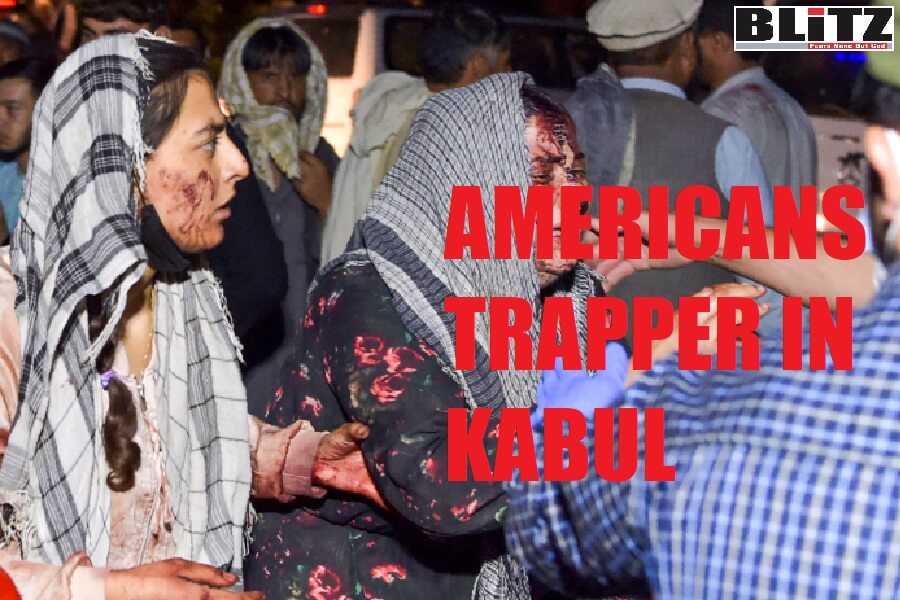 At least 12 U.S. military service members were killed and another 15 were wounded in a suicide bombing Thursday outside a gate at Kabul’s international airport in a coordinated attack that included a second bombing nearby.

Eleven of the casualties were Marines and one was a Navy medic, according to Fox News reporter Jennifer Griffin. She noted the deaths were the first among U.S. troops in Afghanistan since February 2020 and the most deadly attack on Americans in a decade.

At least 60 people were killed and 140 others wounded in the explosions at the Abbey Gate at the Kabul airport and outside the nearby Baron Hotel, where Americans were gathering for rescue operations. Last week, 169 Americans were rescued at the hotel by U.S. helicopters.

The attack touched off a firefight at the Abbey Gate, where an estimated 5,000 Afghans and possibly some Americans were trying to get to the airport to be evacuated, according to a U.S. official.

Intel sources believe the attacks Thursday were carried out by an ISIS cell.

Hundreds of members of ISIS-K – an offshoot of ISIS in Central Asia and South Asia – have surrounded the Kabul airport, and attacks “are likely to continue,” according to a source familiar with the situation who spoke with Fox News reporter Jacqui Heinrich.

Pentagon spokesman John Kirby confirmed the two attacks, which he said were coordinated.

“We can confirm that the explosion at the Abbey Gate was the result of a complex attack that resulted in a number of US & civilian casualties,” he said via Twitter.

“We can also confirm at least one other explosion at or near the Baron Hotel, a short distance from Abbey Gate. We will continue to update.”

Later Thursday, in a news conference at the Pentagon, Marine Corps Gen. Kenneth McKenzie, the commander of the U.S. Central Command, confirmed he expected ISIS attacks to continue. He added that the U.S. will continue to “coordinate” with the Taliban to provide security.

The general later explained that he doesn’t “trust” the Taliban, but the Taliban and the U.S. have the common aim of American troops leaving Afghanistan by Aug. 31.

McKenzie said that if it can be determined who carried out the attacks Thursday, there will be retribution.

Asked by a reporter if he thought the Taliban allowed the attacks to happen, the general said he couldn’t say.

McKenzie said he could not confirm reports of other attacks in Kabul on Thursday.

“It’s with a very heavy heart that I do this conversation with you today,” the general said in his concluding remarks, while commending the courage and efforts of forces on the ground in Kabul.

The ruling Taliban – which regards ISIS as a rival – condemned the airport bombing but blamed the U.S, saying it took place where American troops were in charge.

“Islamic Emirate strongly condemns the bombing of civilians at Kabul airport, which took place in an area where U.S. forces are responsible for security,” the Taliban’s spokesman said in a tweet.

“The Islamic Emirate is paying close attention to the security and protection of its people, and evil circle will be strictly stopped,” he said.

The Kabul airport attack, the Washington Post’s Beirut bureau chief said, has dashed hopes of evacuation for thousands who are outside the airport gates.

“Am hearing the US military is sealing shut the airport gates,” Liz Sly wrote on Twitter. “The casualty numbers are growing by the minute. A tragedy piled on a tragedy.”

An estimated 1,500 Americans remain in Afghanistan, aside from U.S. troops, according to the State Department. President Biden said this week he will adhere to the Aug. 31 deadline for removing U.S. troops. About 600 of the 6,000 troops in the country have left.

The State Department had been aware of an increasing terrorist threat, issuing a warning Wednesday to the Americans outside the airport gates to “leave immediately.”

President Biden was in the Situation Room on Thursday morning along with Defense Secretary Lloyd Austin and Secretary of State Antony Blinken.

The president’s meeting with visiting Israeli Prime Minister Naftali Bennett, which was scheduled for 11:30 a.m., was delayed.

Last Friday, in his address to the nation, Biden vowed a “swift and forceful response” to any “disruption” of the evacuations.

“Look, we’ve made clear to the Taliban, that any attack on our forces or disruption of our operations at the airport will be met with swift and forceful response,” Biden said at the White House, flanked by Vice President Kamala Harris and Secretary of State Antony Blinken.

Biden said further that the U.S. is “keeping a close watch on any potential terrorist threat at or around the airport, including from the ISIS affiliates in Afghanistan who were released from prison when the prisons were emptied.”

The president noted in the Friday address that ISIS in Afghanistan is a “sworn enemy of the Taliban.”

“I’ve said all along, we’re going to retain a laser focus on our counterterrorism mission, working in close coordination with our allies and partners, and all those who have an interest in ensuring stability in the region,” Biden said.

On Thursday, French President Emmanuel Macron said “the coming hours will remain extremely dangerous in Kabul and at the airport.”

“We are confronted with a very tense situation and we are coordinating with our American allies,” he said, according to CNN.

‘A problem of will’

Sen. Lindsey Graham, R-S.C., is urging the Biden administration to reopen the Bagram Air Base “as the Kabul airport is very difficult to defend and has been the only evacuation outlet.”

Bagram, which was the largest U.S. based in Afghanistan, is about 25 miles north of the Kabul airport.

“We have the capability to reestablish our presence at Bagram to continue to evacuate American citizens and our Afghan allies,” Graham said via Twitter.

“It is not a capability problem, but a problem of will,” he said.

“As we wait for more details to come in, one thing is clear: We can’t trust the Taliban with Americans’ security,” said Menendez, chairman of the Senate Foreign Relations Committee.

Earlier this week, Republican Rep. Michael McCaul, the ranking member of the House Foreign Affairs Committee, declared Biden  would “have blood on his hands” for  not extending the Aug. 31 withdrawal deadline.

“I can tell you there’s no way we can humanly get all of our American citizens and Afghan partners out of country by that time,” he said at a press briefing Tuesday. “I’ve called this consistently an unmitigated disaster of epic proportions. It will be a stain on this presidency, and particularly of the decision made today, and what we heard today. He will have blood on his hands, people are gonna die.”