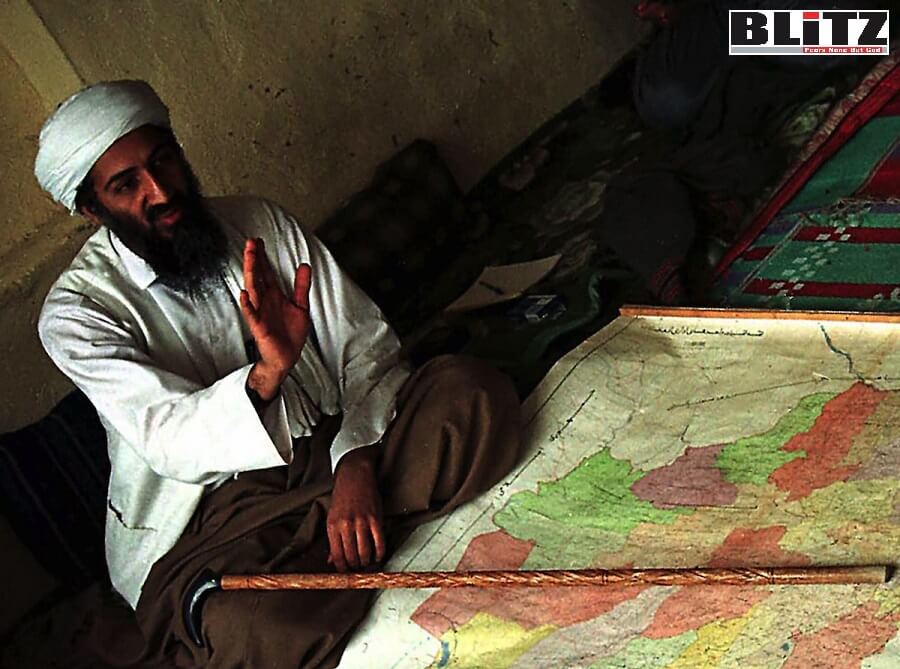 Al Qaida terror chief Osama bin Laden believed more than a decade ago that Joe Biden would one day “lead the U.S. into a crisis.”

For that reason, bin Laden forbid Al Qaida fighters from targeting Biden for assassination, the terror chief said in a 2010 message that was in a trove of documents found at the Pakistan compound where he was killed by U.S. special forces in 2011.

“The document was first made public in 2012 but has been brought back to light and given new significance amid the chaotic U.S. withdrawal from Afghanistan that has gifted the country back to the Taliban,” the Daily Mail noted in an August 20 report.

On page 36, bin Laden outlines his desire to form two hit squads — one in Pakistan and another in Afghanistan — whose job it would be to plot attacks against then-U.S. President Barack Obama and ex-CIA director David Petraeus, should they visit either country.

“They are not to target visits by U.S. Vice President Biden. The groups will remain on the lookout for Obama or Petraeus,” bin Laden wrote.

Giving his reasoning for attacking Obama, bin Laden wrote: “Obama is the head of infidelity and killing him automatically will make Biden take over the presidency for the remainder of the term, as it is the norm over there. Biden is totally unprepared for that post, which will lead the U.S. into a crisis.”

The documents found at bin Laden’s compound in Pakistan, penned between 2006 and 2011, are publicly available through West Point’s Combating Terrorism Center.

Bin Laden’s questioning of Biden’s abilities rings true given what has unfolded in Afghanistan, analysts say.

On July 8, Biden said it was “highly unlikely” the Taliban would take control of Afghanistan and denied there would be chaos in Kabul.

On Aug. 19, reports emerged that Team Biden was warned last month that Kabul would quickly fall to the Taliban after an American withdrawal.

A dozen diplomats sent a confidential memo in a dissent channel to Secretary of State Anthony Blinken on July 13 that the Taliban was rapidly gaining ground and the city was vulnerable to collapse, the Wall Street Journal reported.

The memo urged Team Biden to start flights evacuating people out of the country no later than Aug. 1.

Biden claimed on Aug. 19 that he was never told that such a rapid collapse was possible.

A day earlier, Gen. Mark Milley, chairman of the Joint Chiefs of Staff, said he never saw any intelligence warning that the Afghan government could fall so quickly.

“The decision to withdraw U.S. troops from the country while the Taliban was primed for a takeover will undoubtedly go down as one of the worst foreign policy decisions in history,” Gateway Pundit’s Julian Conradson noted on Aug. 23. Not only did Biden arm the insurgents with their massive stockpile of elite weaponry, “he left thousands of U.S. citizens in the country to fend for themselves as they try to reach evacuation flights to go home”.

Conradson noted that, in the end and a decade after he died, bin Laden “got what he hoped for — A Biden presidency. He was only half right though. Feeble Ol’-Joe has led the WORLD into a crisis”.