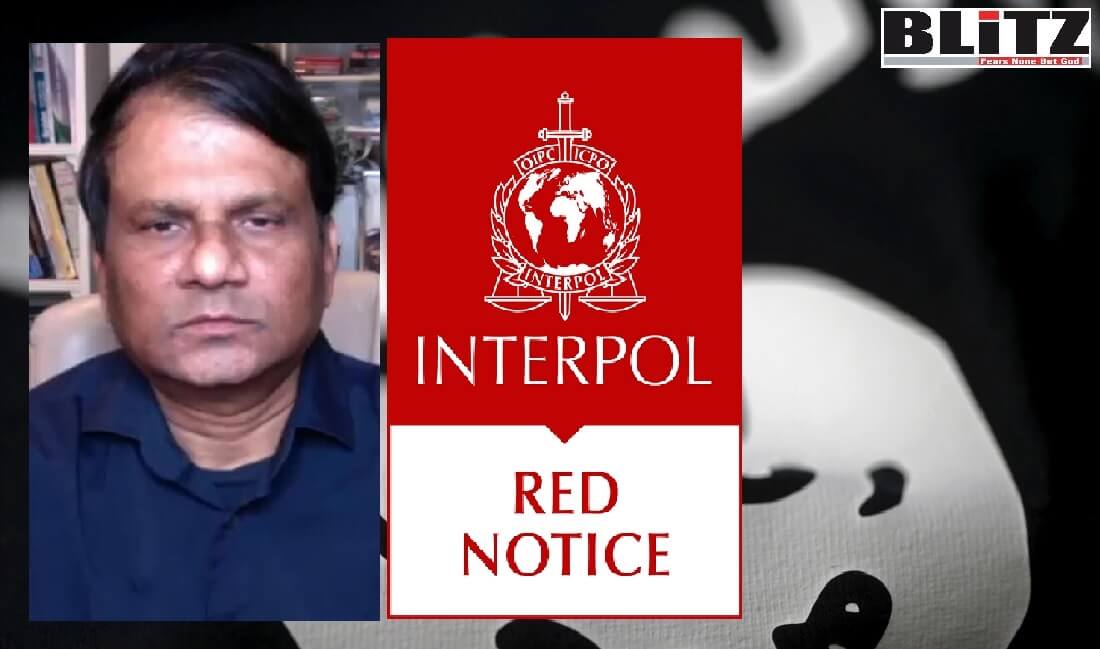 While during an operation coordinated by INTERPOL has led to the capture of nine of Latin America’s most wanted fugitives and positively located several more, Britain has been hosting a notorious terror-funder and convicted fugitive criminal named Shahid Uddin Khan.

According to Interpol press release, under the banner of the European Union-funded ‘INTERPOL Support to EL PAcCTO’ project, the four-day operation in early March brought together investigators from across Latin America and four European countries specialized in tracking down fugitives.

The international police organization in its press release said:

In a command centre established within INTERPOL’s Regional Bureau in Buenos Aires, Argentina, INTERPOL coordinated intensive working meetings between the investigators aimed at locating and arresting a maximum number of fugitives on a list of priority targets established by the global police organization’s Fugitive Investigative Support (FIS) unit.

Wanted for a variety of serious crimes, including drug trafficking, money laundering and heading organized crime groups, all fugitives were subject to INTERPOL Red Notices, a request to law enforcement worldwide to locate and provisionally arrest a wanted person.

For the first time, investigators from France, Italy, Portugal and Spain also joined the EL PAcCTO operation. Two of the nine arrests took place in France while two other fugitives were successfully apprehended in Portugal and Spain respectively.

“Each of these arrests is a success for our member countries. They not only tangibly make the world a safer place but demonstrate what can be achieved through robust international police cooperation,” said Stephen Kavanagh, INTERPOL’s Executive Director of Police Services.

“With operations like EL PAcCTO, INTERPOL aims to cast a police net so wide that no fugitive will be able to escape justice forever,” Mr Kavanagh added.

The flurry of arrests included the following cases:

A French national was arrested by Argentina’s Federal Police in Buenos Aires, wanted by his home country on charges of money laundering, drug trafficking and links to organized crime.

A Peruvian national was arrested in France, accused of recruiting and coordinating drug couriers to transfer cocaine abroad. While the individual’s movements initially suggested he could be located in Spain, investigators found that he had renewed his passport at the Peruvian consulate in Paris. Within two days, French officers from the Brigade Nationale de Recherche des Fugitifs participating in the EL PAcCTO operation had identified the fugitive’s house and arrested him. He is now awaiting extradition to Peru.

A Venezuelan national was arrested in Spain, wanted by Argentina on charges of membership of a transnational criminal organization committing cyber-enabled property crimes, fraud and extortion. The Argentine authorities’ last record of the fugitive was that she had travelled to Europe and checks by Spanish investigators during the EL PAcCTO operation identified a potential location in a residential area near Madrid. Spain’s Drug and Organized Crime unit (Unidad de Droga y Crimen Organizado) opened an investigation, asking around in the area, and soon established that the fugitive had since left. With no registered vehicles or property, the Spanish authorities managed to locate the individual through surveillance efforts in collaboration with transport authorities.

Two Ecuadoran nationals were arrested in Colombia, charged with operating an organized crime group. The police action was coordinated by Colombia’s National Police in the department of Putumayo, on the border between the two countries.

EL PAcCTO is a European Union-funded cooperation programme that seeks to strengthen capacities and facilitate international cooperation. Its partnership with INTERPOL aims to create and develop a permanent mechanism for fugitive investigations across Latin America.

First launched in 2018, INTERPOL-coordinated EL PAcCTO operations have so far led to the arrest or positive location of 121 fugitives across three continents.

In another press release, Interpol said, “dangerous criminals on the run must be found and brought to face justice”.

It said, “fugitives are criminals on the run, and as such pose a serious threat to public safety worldwide. They are mobile (often travelling between countries on stolen or fraudulent travel documents), and opportunistic, frequently financing their continued flight from the law through further criminal activities.

“Sharing information about fugitives and bringing them back to face justice in the country where they committed the crime has been a core function of INTERPOL since our creation. It is even more important today in world where travel is so easy and crimes cross borders so fluidly”.

Interpol further said, “The world only gets smaller; for fugitives there are no borders, and close international police cooperation has never been more crucial”.

The case of notorious criminal and terror-funder Shahid Uddin Khan

While every day, on average, nine INTERPOL Red Notices are cancelled because of the arrest, extradition or surrender of the fugitives in question, terror-funder and convicted criminal Shahid Uddin Khan remains out of the reach of the international police organization mainly because of non-cooperation of the United Kingdom, where he has laundered invested millions of dollars and invested in properties and businesses.

According to Interpol, criminals can flee to another country to try to evade justice. A Red Notice alerts police worldwide about internationally wanted fugitives.

There are currently approximately 69,270 valid Red Notices, of which some 7,500 are public.

The majority of Red Notices are restricted to law enforcement use only.

In some cases, for example where the public’s help is needed to locate an individual or they pose a threat to public safety, a public extract of the Red Notice is published on this website.