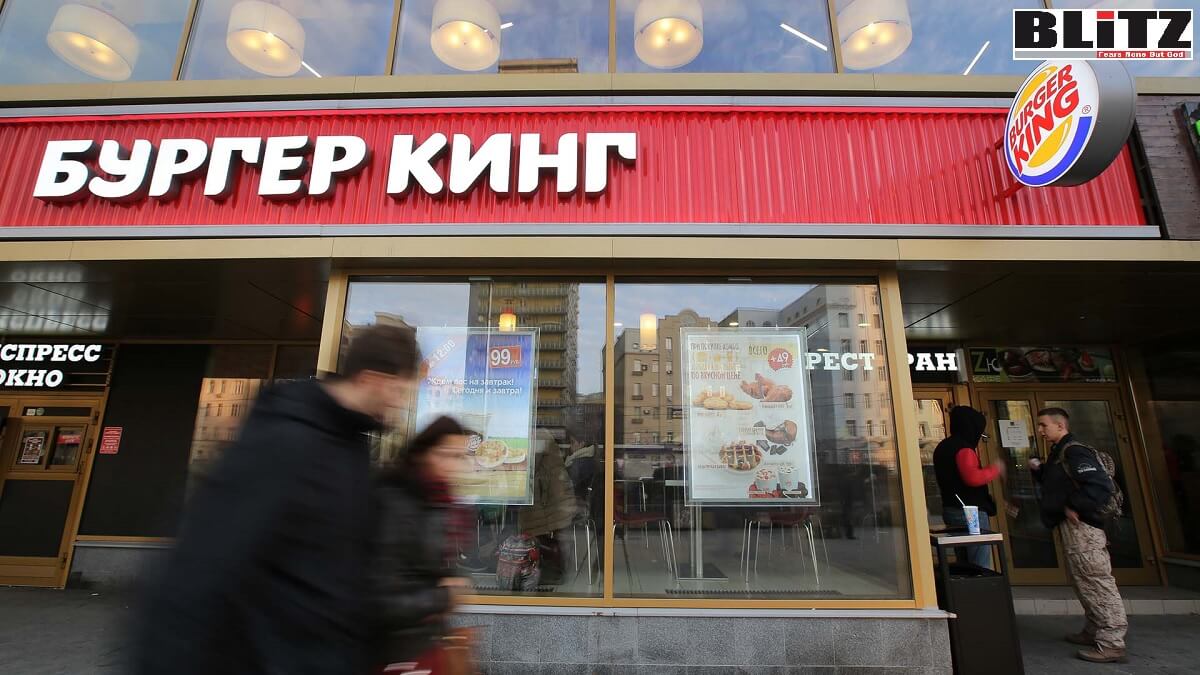 Fast-food giant Burger King is a partner in a Cyprus-registered joint venture with VTB Bank, known as Putin’s “piggy bank,” that shuffled money to and from an anonymous shell company in Seychelles. Writes Scilla Alecci

Even as Burger King publicly cuts off support to its Russian operation, the fast-food giant has quietly kept a stake in it through an offshore joint venture, leaked documents show.

Burger King’s parent company, Toronto-based Restaurant Brands International Inc., acknowledged the stake after the International Consortium of Investigative Journalists sent questions about its Russian holdings. It then announced it is trying to sell the shares but said it can’t be done quickly.

The company owns its stake through a Cyprus-registered joint venture that includes VTB Bank, a sanctioned, state-owned Russian bank, and a Ukrainian investment firm that Kyiv prosecutors once accused of helping Ukraine’s extravagantly corrupt former leader.

Another shareholder was a Cypriot company belonging to Alexander Kolobov, a Russian restaurant mogul who runs Burger King’s operations in the country.

The documents, leaked to ICIJ as part of the 2021 Pandora Papers project, show that all four shareholders of the joint venture owned their stakes at times through shell companies in tax havens.

The documents also reveal that the Cyprus joint venture previously made a loan to, and received a $1 million payment from, an anonymous shell company registered in the Seychelles, one of the most notoriously secretive jurisdictions in the offshore system.

After ICIJ sent questions about its Russian operations last week, Restaurant Brands International posted a statement on its website saying it wants to sell its stake in the business.

“While we would like to do this immediately, it is clear that it will take some time to do so based on the terms of our existing joint venture agreement,” the statement said.

In an emailed response to ICIJ, the company said, “We have asked the master franchisee to suspend the Russian business with immediate effect. They have refused and due to the franchise structure and current agreements, we do not have the ability to force them to close.”

The leaked records show that the joint venture, Burger King Russia Ltd., partly owns the Russian franchisee, Burger Rus LLC. The Toronto-based parent company said it has no control over it.

The revelations of Burger King’s quiet equity stake compounds the fast-food giant’s complications in the Russian market. While rival McDonald’s and other fast-food multinationals have ceased operations in the country in response to Russia’s invasion of Ukraine, Restaurant Brands International says it can’t do the same due to its “fully franchised” Russian operations. It has instead suspended “corporate support” for the restaurants and redirected profits from its 800 Russian outlets to Ukrainian refugee relief efforts.

Burger King owns its 15% stake in the Cyprus joint venture, Burger King Russia, through a European unit, based in Switzerland.

Another shareholder, Investment Capital Ukraine (ICU) owned its 35% stake in Burger King Russia through another Cyprus-registered firm, according to the records. ICU announced plans to sell its stake on March 5.

“Given the current situation, ICU has concluded that we will be exiting Russian investments,” a spokesperson told ICIJ.

The sanctioned VTB Bank, Russia’s second largest, had owned its stake in the joint venture through a company registered in the tax haven of Guernsey, an island in the English Channel.  The Pandora Papers show VTB, known as Russian President Vladimir Putin’s “piggy bank,” later transferred the stake to a Russian-registered company. Cyprus’ registry data shows the VTB-controlled company holds about 20% of the joint venture.

The leaked documents illustrate the political and financial perils Western multinationals face when investing in the Russian market, where rule of law is weak and corporate transparency hard to come by.  They describe how Burger King’s Russian operations started and thrived, thanks to its partnership with shell companies in shadowy offshore jurisdictions. They also show the complexity of business deals that rely on politically connected partners like VTB, the state-owned bank whose role is to connect Russia to international markets.

“VTB can provide really great credit conditions for the company so they get a lot of money to invest to grow their business,” Snegovaya said. But it also “makes it more dependent on the Kremlin.”

VTB did not respond to ICIJ’s questions about the joint venture.

In 2010, the burger maker, then known as Burger King Corp., opened the chain’s first Russian franchise in Moscow, long after competitors like McDonald’s and KFC had conquered the country’s fast-food market.

Announcing the deal at the time, the Russian bank didn’t mention the offshore holdings but said it had invested $50 million to buy a 47.22% stake in the joint venture, and pledged to invest up to $100 million in three years.

Burger King quickly became one of the most recognized foreign brands in Russia, marketing surveys showed. Hundreds of Whopper-selling joints popped up across the country, even in the Siberian city of Novosibirsk.

The Kyiv-based investment firm is also known for advising Ukraine’s former President Petro Poroshenko on the sale of the confectionery business that made him a billionaire.

Among ICU’s shareholders were people linked to influential Russians, including Galina Ulyutina, the wife of Yury Soloviev, a top VTB executive at the time. Both Galina and Soloviev were recently sanctioned by the U.S. for their ties to the Kremlin.

Burger King stayed in the joint venture with VTB after the U.S. imposed initial sanctions restricting some transactions with the bank in response to Russia’s 2014 annexation of Crimea.

The following year, the Cyprus-based joint venture made a $372,000 loan to a “related party” in the Seychelles, a well-known secrecy jurisdiction, according to financial statements in the leaked records. The Seychelles company later transferred $1.16 million to the joint venture, the receivable from a “frame merchant marketing agreement” the shell company had signed with an undisclosed party, the documents show.

The documents don’t provide any details about the transactions and don’t say who owns the Seychelles company. The jurisdiction’s stringent laws make it almost impossible to trace the companies’ true owners.

Restaurant Brands International told ICIJ that it cannot comment on the transactions because it doesn’t have any control over “the day-to-day decisions of the master franchisee,” Burger King Russia.

The ICU spokeswoman also said the firm doesn’t know about the transactions because it has “never been directly involved in [the] company’s operations.”

From Guernsey to Russia

In 2018, VTB sold more of its stake in the joint venture to ICU’s Cypriot affiliate, making it Burger King Russia’s largest shareholder.

The Pandora Papers show that VTB later replaced its Guernsey shell company in the joint venture with a Russian firm the bank indirectly controls, according to Russian corporate registry data. The documents don’t say why.

A few months later, Ukrainian prosecutors accused ICU and one of its managers of being part of a criminal network that helped Yanukovich and his cronies embezzle $74 million. Prosecutors later dropped the charges.

ICU and its managers said the charges were politically motivated and denied wrongdoing.

Restaurant Brands International said that the company “did complete additional due diligence and established there was no basis for Burger King Europe to challenge [ICU’s] continued investment in the business.”