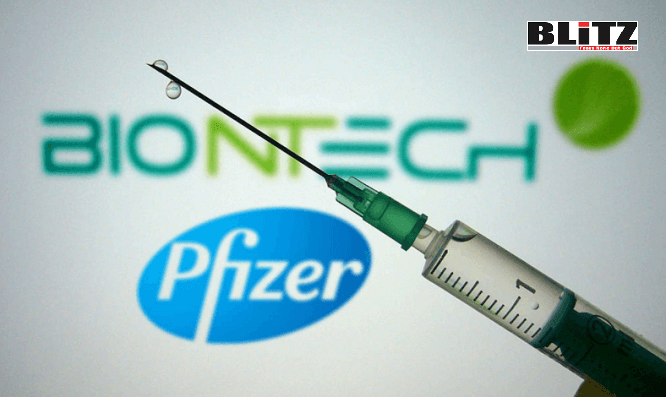 Two pharmaceutical companies in line for first conditional approval for their COVID-19 vaccine by the EU’s medicine regulator said Wednesday their documents were “unlawfully accessed” during a cyberattack on a European Medicines Agency (EMA) server.

Pfizer and BioNTech said documents relating to their vaccine candidate had been accessed, but that “no systems have been breached in connection with this incident.”

Meanwhile, Britain’s cyber watchdog said it was “working with international partners to understand the impact of this incident affecting the EU’s medicine regulator.”

“There is currently no evidence to suggest that the UK’s medicine regulator had been affected,” the National Cyber Security Centre said.

Britain on Tuesday started rolling out the first vaccine jabs in the Western world of Pfizer and BioNTech’s vaccine.

The EU’s medicines regulator earlier Wednesday said it had been the victim of a cyberattack, just weeks before it is due to decide on special approval for two coronavirus vaccines.

The Amsterdam-based EMA said that the incident was being investigated, but did not specify when it took place or whether its work on novel coronavirus was targeted.

“EMA has been the subject of a cyberattack. The agency has swiftly launched a full investigation, in close cooperation with law enforcement and other relevant entities,” the EMA said in a brief statement.

An EMA spokeswoman later told AFP “the EMA is fully functional and all work continues.”

The Dutch national police high-tech crime team was involved in the probe into the cyberattack, but police gave no more information, the Dutch news agency ANP reported.

The EMA’s role as the drugs regulator for the 27-nation EU means it has access to data on the safety and quality of medicines from clinical trials and lab tests from companies that apply for authorization.

The agency has said it will give a decision on conditional approval for Pfizer-BioNTech’s COVID-19 vaccine at a meeting that will be held by December 29 at the latest, while a ruling on Moderna’s version should follow by January 12.

It is also carrying out reviews of vaccines developed by Oxford University-AstraZeneca and Johnson & Johnson.

News of the cyberattack came the day before the EMA’s chief Emer Cooke was due to brief the European Parliament about the process for approving coronavirus vaccines.

The EMA is also due to hold a special online public meeting to discuss COVID-19.