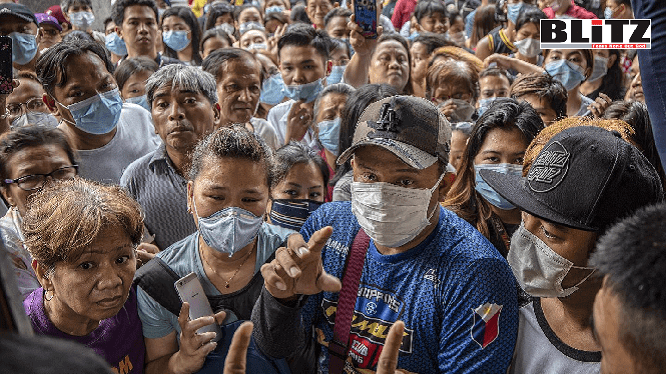 The coronavirus pandemic is putting to the test a wide range of response strategies and health care systems. That’s playing out in some stark numbers across Southeast Asia’s diverse economies.

While Singapore leads the region in Covid-19 cases, it also has greater capabilities for testing and one of the best equipped health care systems in the world. That’s showing in a fatality rate that is significantly lower than less developed neighbours like the Philippines, Malaysia and Indonesia.

The Philippines, with its shortage of medical workers and stretched health care system, has the highest mortality as a proportion of its population in Southeast Asia. It has a death rate of 4.57 per million, based on official reported data. That is still significantly lower than the global death rate of 26.49 per million.

President Rodrigo Duterte’s government has had to extend a lockdown in its capital region and nearby areas to May 15 to stem the coronavirus outbreak. The stay-at-home order that was imposed in Luzon island from mid-March through April 30 involved security check points to limit the movement of people beyond their immediate neighbourhoods for essential needs.

Indonesia, the world’s fourth most-populous nation, has seen the worst fatality rate per positive Covid-19 case in Southeast Asia: 8.4%. That is higher than the 6.95% rate globally and the Philippines’ 6.6%.

Like the Philippines, Indonesia is among the most medically under-served nations in the region. It has just 4.27 doctors for every 10,000 people while the Philippines has 6, according to the World Health Organization. Singapore has 22.9.

Indonesia opted for less punishing social-distancing measures than its neighbours to stem the spread of the coronavirus. While additional cities are opting for partial lockdowns, more than two-thirds of the country’s 270 million people remain under only voluntary isolation, and infections have spread to more than 280 cities across the archipelago.

With the pandemic’s peak expected in late May, President Joko Widodo is recalibrating his strategy of large-scale social distancing rules and calling for a ramp-up of testing to contain the impact of the virus in Indonesia, which has suffered the highest total death toll in Asia after China and India.

In contrast, while Singapore leads the region in Covid-19 with 13,624 confirmed cases, it also tests more. The city state has tested 82,644 people as of April 20, 3.5 times per capita more than neighbouring Malaysia and 20 times the Philippines based on the latest data from those two countries. The majority of Singapore’s cases come from crowded foreign-worker dormitories, rather than clusters in the broader community.