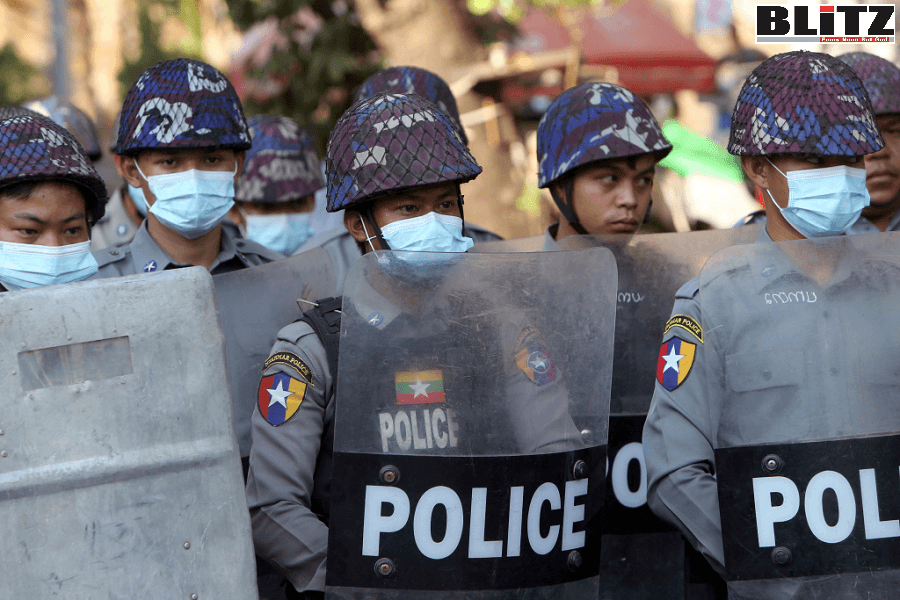 Myanmar’s military government must stop detaining, harassing, and threatening journalists, and allow the media to work freely, the Committee to Protect Journalists said.

Since February 11, security forces have detained at least six journalists in the country, and the military leadership, which took power in a coup in early February, sparking nationwide protests, have changed laws to allow for warrantless searches, detentions without court approval, and enhanced surveillance, according to reports by international and local news sources.

On February 11, police and military officers arrested freelance journalist Shwe Yee Win in the town of Pathein, Reuters and the news website TimeAyeyar reported. CPJ could not determine if she has been released as of today.

The five were released after signing documents saying they would not violate an emergency rule banning gatherings of more than five people and a nighttime curfew, according to The Irrawaddy.

Separately, the Ministry of Information issued a statement to the Myanmar Press Council, an independent media adjudication body, on February 12 alleging that some media outlets were using “incorrect words” in their news reports, including referring to the military’s takeover as a “coup” and its installed government as a “junta,” according to a report by Bloomberg.

The letter said inaccurate usage could be deemed as “acts of instigation that may arouse civil unrest” and may violate publishing laws, that report said.

The military government has also proposed a law that would require local internet service providers to disclose user information to authorities, and to remove content deemed to “cause hatred, destroy unity and tranquility” or be “untruthful news or rumors,” Reuters reported.

Anyone who posts “misinformation or disinformation” could face up to three years in prison if they are deemed to have done so “with the intent of causing public panic, loss of trust or social division,” reports said.

The bill was sent to telecommunications operators and internet service providers on February 9, and they were asked to submit their comments by February 14; the Myanmar Times reported that 158 local groups said in a statement they did not accept the bill as legitimate, as it was not issued by a legitimate democratic institution.

The military government has sporadically suspended access to social media platforms such as Facebook, WhatsApp, and Twitter since staging a February 1 takeover of power, as CPJ has documented. The coup government has also sporadically shut down the internet, including yesterday, while the regime deployed troops to suppress protests in cities and towns, reports said.

CPJ emailed Myanmar’s Home Ministry for comment, but did not receive any reply.