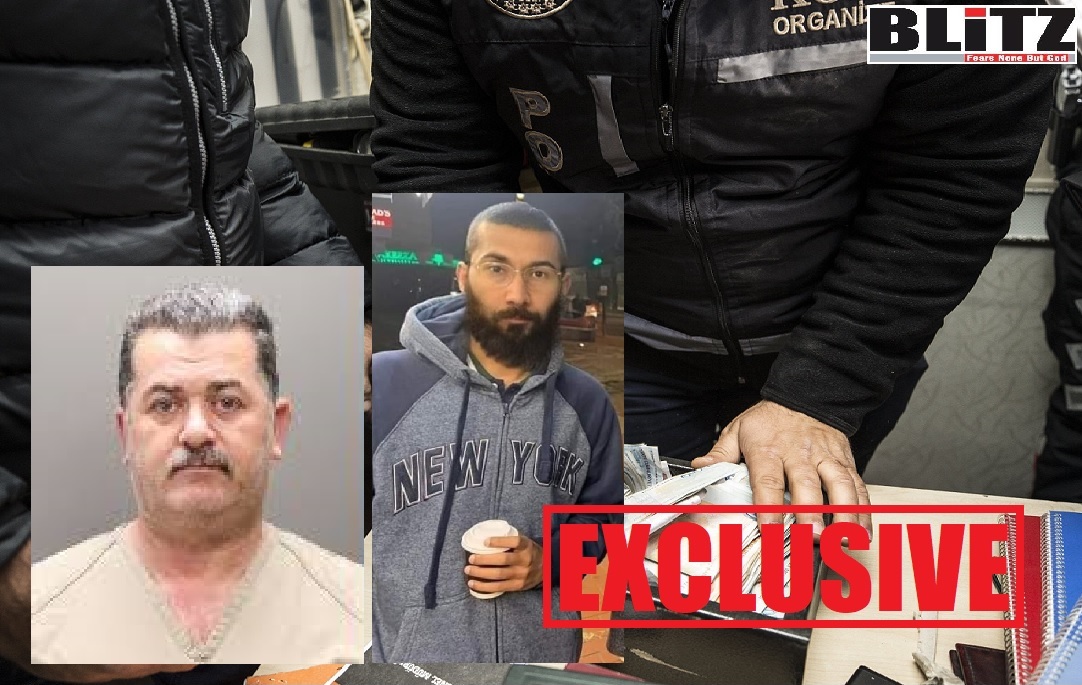 Iraqi asylum-seeker Shihab Ahmed Shihab who attempted to import Islamic State (ISIS) terrorist hit squad to assassinate former US president George W Bush originally flew into America on a tourist visa in September 2020 and then stayed to plot terrorism on a bogus asylum claim when it expired. Similarly, a large number of dubious individuals, cybercriminals, extortionists and terrorists have entered the United States from Bangladesh and are staying in that country by pressing bogus asylum petitions. Team of investigative journalists of BLiTZ already are running reports exposing criminal activities of Nazmus Saquib, an extortionist, blackmailer and sexual predator, who has been running numerous forms of criminal activities under the cover of a scandalous broadcast entity named ‘Nagorik TV’.

Meanwhile, according to Townhall, an Ohio FBI criminal complaint from a complex sting investigation alleges that a self-proclaimed ISIS fighter seeking asylum in the Buckeye State, who claimed to have killed “many Americans in Iraq between 2003 and 2006” while operating in a hit squad called “Thunder”, plotted to smuggle up to eight of his ISIS brethren over the southern border to kill former President George W. Bush at his Dallas residence.

The arrest warrant affidavit alleges that Shihab Ahmed Shihab originally flew into America on a tourist visa in September 2020 and then stayed to plot terrorism on a bogus asylum claim when it expired.

But because these men were probably on western intelligence radars, thus “dirty,” the terrorists who would kill a former president instead would pay US$40,000 each to reach Brazil on fraudulently obtained visas and then make their way up to the US-Mexico border and cross wearing faux Border Patrol uniforms, the arrest warrant affidavit alleges.

Shihab claimed he’d already successfully smuggled in two Hezbollah members and was willing to smuggle in terrorists from any group. Shihab allegedly was facilitating real Thunder operatives to come in to kill Bush as part of a plot controlled by leadership in Qatar, and he personally was going to help with surveillance and weapons provisions. But unlike the successful travel, he supposedly arranged earlier, this time Shihab picked co-conspirators living in Ohio that were working for the FBI.

The striking news that the US southern border figured in this alleged terrorist plot and the smuggling of two Hezbollah operatives, and whomever else of ill repute earlier, adds to a rare body of public knowledge that 42 immigrants on the FBI’s terror watch list got caught crossing last year. These sorts of border crossings, while relatively rare and always of concern to American homeland security, must be regarded as especially problematic now because they are happening during a historic and ongoing mass migration crisis that has all but collapsed normal border management systems. They occurred, for instance, as a record 620,000 illegal border-crossers got through Border Patrol and into the interior, never caught, in 2021 alone among at least 2.5 million apprehensions since January 2021.

The Ohio case demonstrates that Shihab – and presumably the Hezbollah agents he claimed to have already smuggled over the border – understood the border was vulnerable and that the “dirty” operatives he brought in stood a smaller chance of getting caught there than if they were to fly in as he did on a tourist visa.

The case of blackmailer and extortionist Nazmus Saquib

One of the victims of this crime racket is the owner of country’s largest business conglomerate. According to information, Saquib-Tito nexus tried to extort US$600,000 from this businessman through blackmailing.