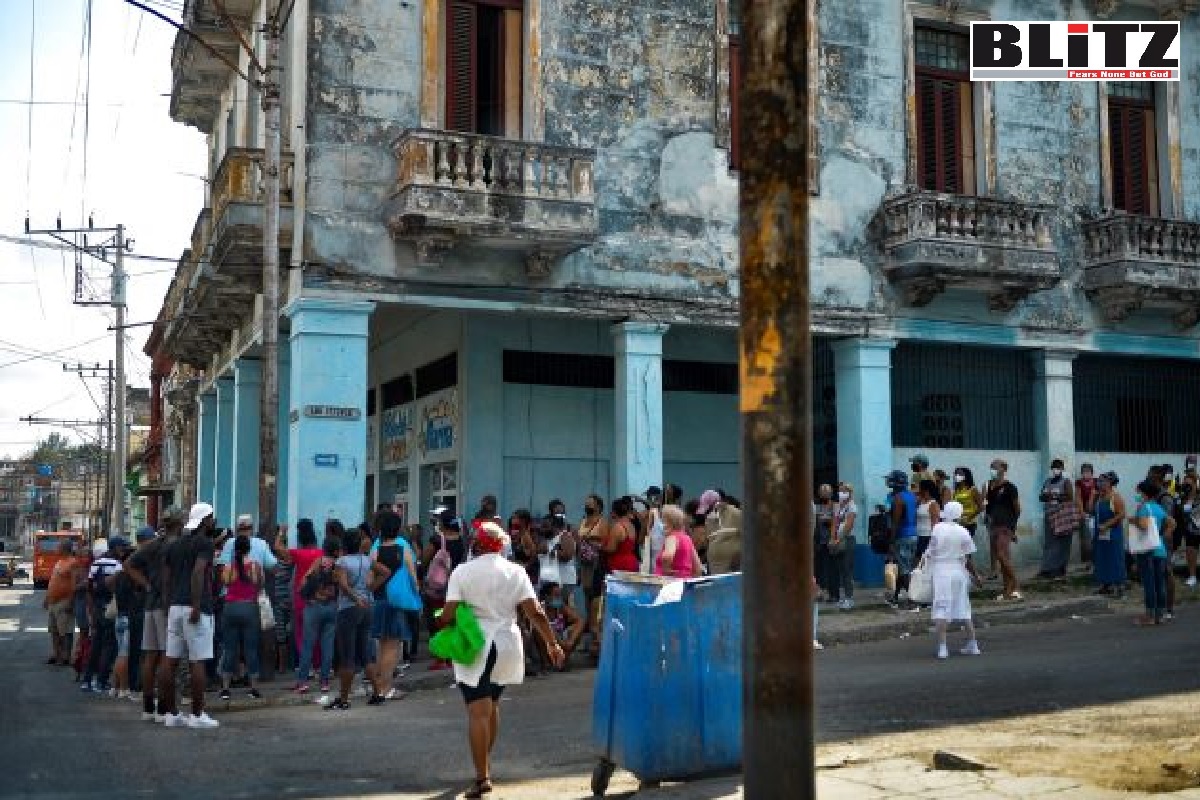 The recent shift to a single Cuban currency, as well as the loss of Venezuelan subsidies do not seem to have worked very well. Writes Uriel Araujo

Thanks to US blockade and other factors, Cuba’s economy is in very bad shape. So-called freedom protests are set to kick off again, and Cuban Gen. Luis Alberto Rodríguez López-Calleja sudden death, due to a heart attack, has possibly created a kind of power vacuum, as he was a potential next leader. A year ago, the largest protests in decades took place in the island, on July 11 and July 12. They were motivated mostly by problems regarding shortages, power outages, and long lines for food items and fuel. Today, the same problems remain, albeit with some improvements.

COVID-19 restrictions have been relaxed and that has partly revitalized the country’s tourism sector. It depends heavily on foreign tourism and foreign currency. However, the economy remains in crisis. Even though American President Joe Biden has eased some of the North American sanctions, most of the ones imposed by the former President (Donal Trump) remain in force and the Cuban economy thus remains squeezed. Havana’s government has taken some measures, albeit still timid, such as allowing the opening of some small businesses, but these too have had limited effect so far. Inflation is on the rise and so is emigration. In this sense, Cuban economic policy is much more strict than that of other socialist nations, such as China and even Vietnam.

The recent shift to a single Cuban currency, as well as the loss of Venezuelan subsidies do not seem to have worked very well. Of course, the global economic situation does not help. Of course, this gives an opportunity for dissidents to attack the Cuban system itself and to demand liberal democratic reforms and so on. In any case, the Cuban government fears an American-fueled “spring” of protests aimed at “regime change” – a goal Washington has long pursued – and therefore conducted a severe crackdown of the demonstrations last year. However this might have backfired in the sense that it has generated further dissatisfaction among many sectors of Cuban society. The authorities insist that people have been charged with crimes such as vandalism for violating public order and therefore they cannot be considered political prisoners.

To make things even worse, the sugar harvest this season has been only half of what was expected. It will cover domestic demand but meeting international commitments will not be possible. The causes of this lie in pandemic related shortage of oxygen, but are also worsened by US sanctions.

The problem is that the Cuban economic crisis iis also a migration crisis: since the beginning of the year at least 2,000 Cubans who tried to emigrate to Florida by sea have been deported by North American authorities, and last month 25,000 crossed the Mexican border after emigrating to different Central American countries. Emigration in fact has reached a new peak, with a total of 140,000 Cuban citizens having illegally entered US territory since October last year. Those are higher figures than that of the famous Mariel exodus crisis of 1980. All of this creates just the right climate for further demonstrations. And the economic and emigration crisis are also part of a larger domestic political crisis.

Even though Washington focuses mostly on countering Beijing on the Indo-Pacific, by broadening its engagement in South Asia and beyond, it cannot help but notice that China has also increased its presence in the Caribbean. In November 2020 I wrote that Havana should be in the spotlight in the near future, due to its increased cooperation with Beijing since at least 2018, when Chinese National Defense Minister Wei Fenghe and Cuban Minister of the Armed Forces Cintra Frias pledged to deepen both nations’ military and security ties. Since then, there were some signs of Chinese military presence on the island, although this has not been confirmed. Washington in turn has been quite busy militarizing the Caribbean Sea since at least 2020 to encircle Venezuela. The two great powers also compete for influence in both Guyana and Suriname, in the context of major oil discoveries in the region in 2020.

To sum it up, one should expect an escalation of protests in Cuba over the domestic crisis and one should also expect an attempt by Washington to exploit the situation by pushing for regime change in the island through the usual means of clandestinely fomenting “spring” revolutions – as it has attempted to do so in recent years in Belarus and elsewhere.