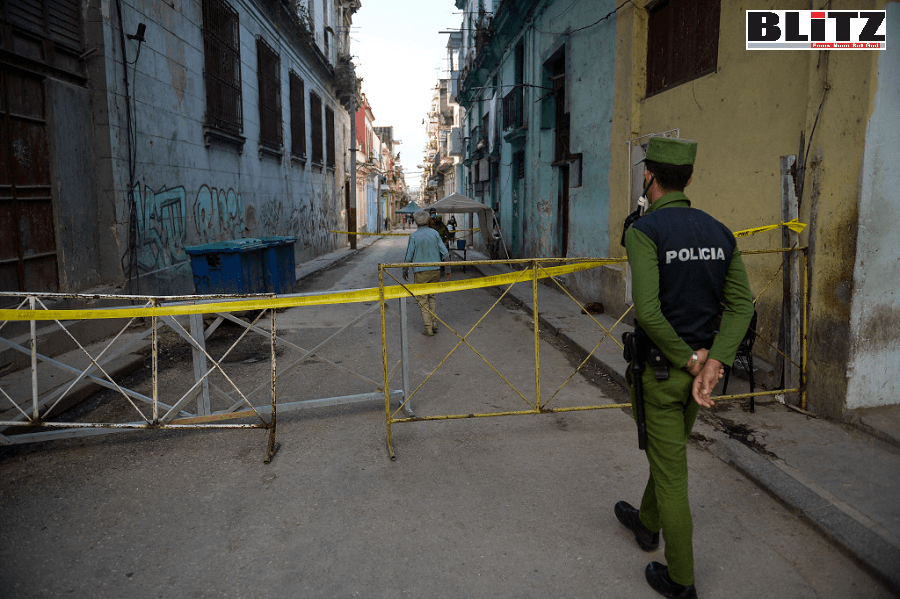 Cuban authorities should return all equipment confiscated from the Páginas Villareñas newspaper, allow it to publish freely, and cease harassing its staffers, the Committee to Protect Journalists said.

In the evening of March 14, agents from the National Revolutionary Police and the Political Police detained reporters Yoandy Cuellar and Yunier Pérez at the outlet’s office in the central province of Santa Clara, according to a statement by the Cuban Institute for Freedom of Expression and the Press (ICLEP), and the institute’s general manager, Normando Hernández, who spoke to CPJ via messaging app.

ICLEP is a local press freedom organization that prints and distributes free newspapers throughout the country, including Páginas Villareñas, according to its website.

Officers took both journalists to the Fifth Unit local police station, where they interrogated them about their work, including how much they were paid, according to that statement and Hernández.

Police then raided the paper’s office and confiscated two printers, two laptops, four cell phones, a tablet, four USB sticks, and paper and ink, according to another statement by ICLEP. With its equipment confiscated, Páginas Villareñas was forced to shut down on March 16, according to Hernández and press reports.

“Cuban authorities must return all equipment confiscated from the Páginas Villareñas newspaper and cease harassing its staff. The newspaper should be able to resume operations immediately and continue providing much-needed information to the Cuban people,” said CPJ Central and South America Senior Researcher Ana Cristina Núñez. “Taking ink and paper from a community outlet is blunt censorship, and should stop at once.”

On March 15, police detained and interrogated at least four other reporters from Páginas Villareñas, according to the second ICLEP statement, which said that officers raided their homes and threatened the journalists with prison.

“The reporters were questioned and terrified by the political police, they are locked inside their homes and have given up on continuing to work,” Hernández told CPJ. All those detained and interrogated were released on the same day, and were given written warnings stating that they were illegally engaging in journalism, according to the ICLEP statements.

“For now, we are forced to shut down the outlet. Unfortunately, we do not have the economic resources to replenish what the regime has stolen. We are leaving an entire community voiceless,” Hernández said.

Since February 24, dozens of ICLEP employees have been unable to connect to the internet on their mobile phones, as CPJ has documented. Hernández told CPJ that the organization’s connectivity issues have not been resolved.

CPJ emailed the Cuban National Revolutionary Police and the Ministry of the Interior for comment, but did not receive any replies.