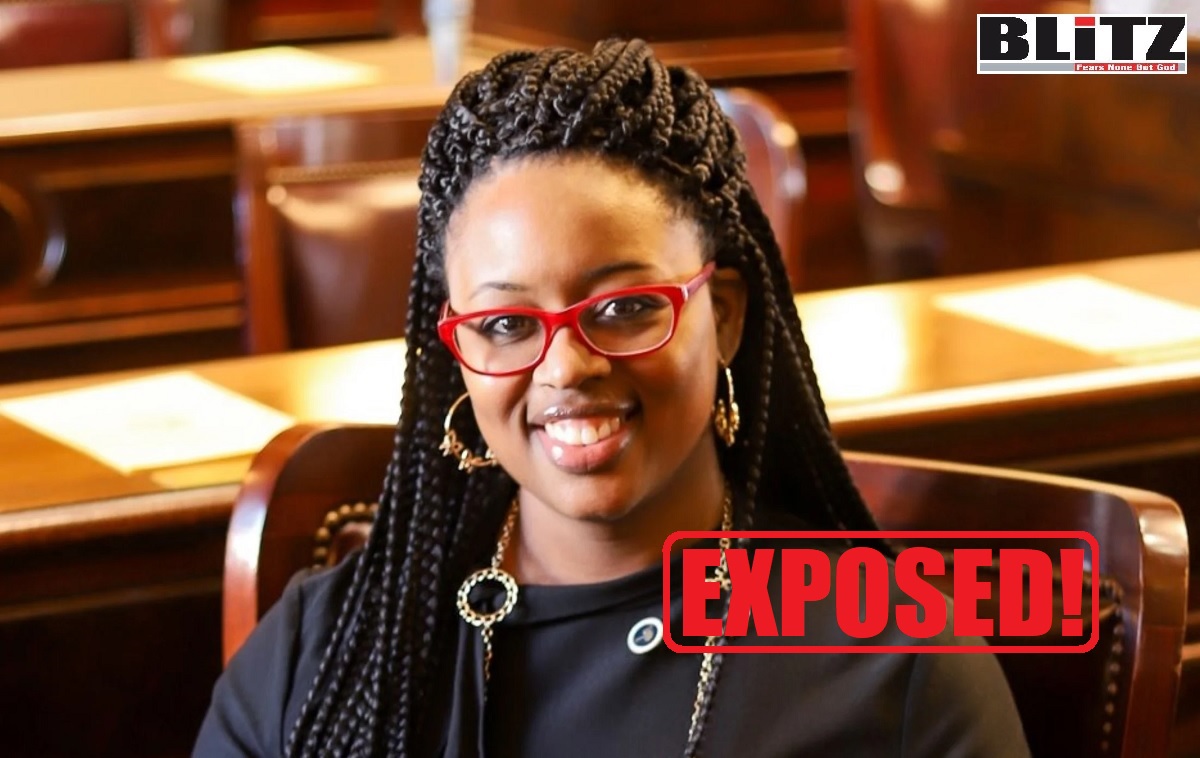 Project Veritas has released audio of a February phone conversation between South Carolina State Representative Krystle Matthews, who is running for the US Senate as a Democrat, and an inmate at Perry Correctional Institution in Pelzer, SC where Mattthews is heard discussing with David Solomon Ballard, who she refers to as an activist, breaking numerous laws and running Democrats as Republicans. Ballard is housed at the Perry Correctional Institute in Greenville County.

Krystle Matthews is heard saying on phone: “We need some secret sleepers. Like you need, we need them to run as the other side, even though they for our side. We need people to run as Republicans in these local elections. This is the only way you’re going to change the dynamics in South Carolina”.

Representative Matthews discusses using what she refers to as “dope” money to fund campaigns.

“Where the f—- are my black people with money? I don’t care about no dope money, give me that dope boy money. S—, where the f—, where’s the duffle bag boys? Get you, find you somebody in your family that doesn’t even know you’re donating to my campaign, and put that s— under their name. Like, like what the f—?”

Representative Matthews goes on to say she doesn’t understand why political candidates her age can’t win an important office in South Carolina.

“I’m a single mom of five out here doing more than most m—– f—— do in a day and I still have to struggle to raise money for my campaign”, she said.

She also discusses her connection to voters and finding ways to connect with them.

“I have a whole strategy on how to flip things upside down”, says Representative Matthews. “But it’s like really trying to get people to understand is a whole other thing, like so I know you’re both activists and I am too in my own way, right? I’m very active. I’m very much a n—– in a lot of ways but I know how to turn it off and turn it on”.

Now this is an interesting idea, and how likely is it that it originated with Krystle Matthews? Is it already being done? Is this how we got Liz Cheney, Mitt Romney, Lisa Murkowski, and a host of others, including all those who voted last week to limit Second Amendment rights?

Did we just see the kind of bait and switch Matthews is talking about a few days ago? After Dr. Mehmet Oz was certified as the winner of the Republican Senate primary in Pennsylvania, he removed all mention of Donald Trump, who had endorsed him, from his campaign website, after heavily touting his connection to Trump during the primary. In any case, whether or not any of the present crop of RINOs are sleepers, Matthews would like to see more Republicans like them.

Matthews also complained about her fundraising difficulties, and appeared to indicate that she was willing to accept money that had been obtained from selling drugs: “I still got to struggle to raise money for my campaign? Where the f*** is my black people with money? I don’t care about no dope money! Give me that dope boy money! St, where the fking dope? Where the duffle bag boys?”

The candidate also appeared to be fine with straw donations, that is, illegal contributions made under the names of people other than the ones who are actually doing the donating: “Get you — find me somebody from your family that don’t even know you donating to my campaign and put that s**t under they names”.

As if all that weren’t enough, Matthews also wanted to find people who would go out at night and steal the yard signs of her opponents: “We need some folks that can wear all black at night and take they f****** yard signs down when they — when they sleeping”. This is also something Americans see increasingly from the Left.