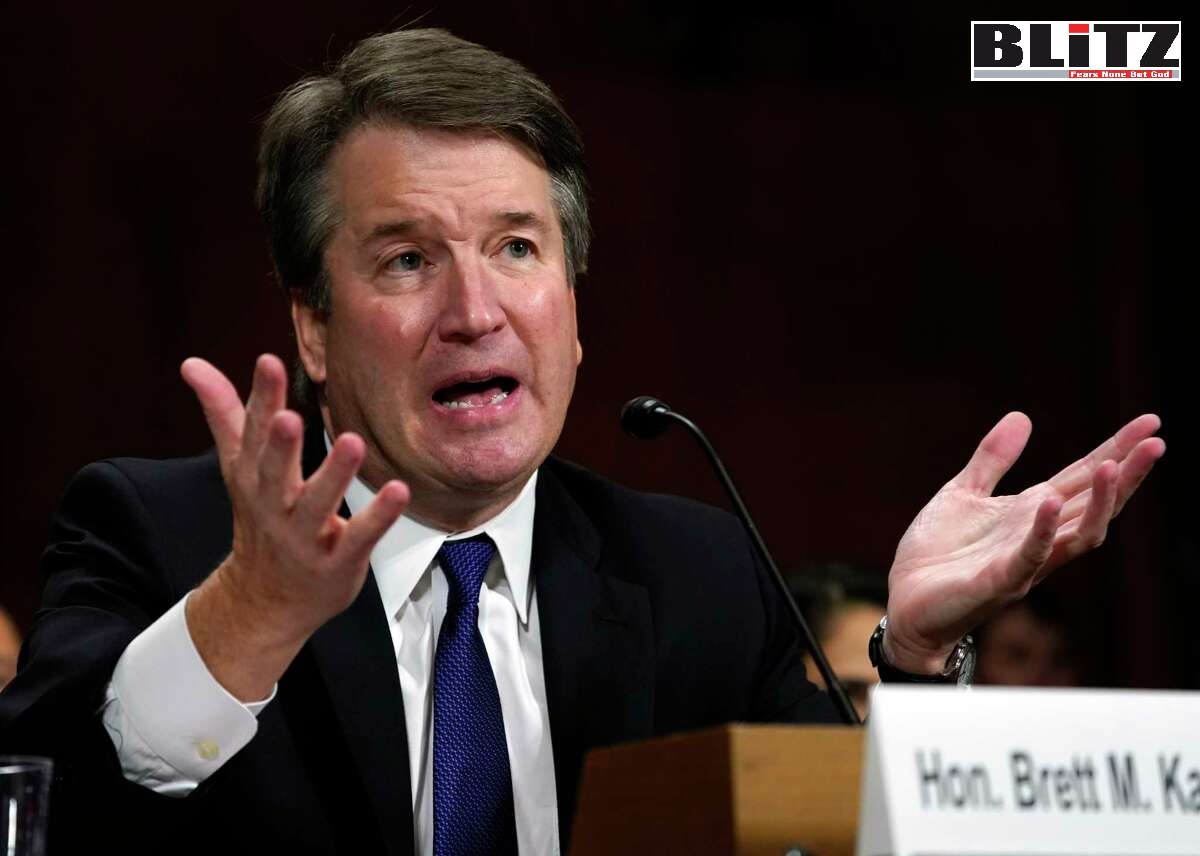 A California man was arrested by the local police near the house of US Supreme Court Justice Brett Kavanaugh, and later that man told officers that he wanted to kill the Supreme Court justice. The incident took place just one day after the Department of Homeland Security rebuffed a “heightened” terrorism advisory ahead of the Supreme Court’s expected reversal of the nation’s landmark abortion rights ruling. The police department confirmed the arrest just after 12:30 p.m. ET on Wednesday and said the case would be transferred to the FBI.

A source seeking anonymity said, the arrested man is a diehard supporter of the Democratic Party and a Trump-hater.

Initial reports of the arrest, citing sources familiar with the investigation, said the man was angry about the leaked draft ruling in Dobbs v. Jackson Women’s Health Organization, which is set to overturn Roe v. Wade and would give states broad authority to limit abortion access. The man was in his mid-20s and, in addition to the leaked draft, was enraged by a recent spree of mass shootings across the country, according to the sources. The man was also carrying burglary tools, according to the report.

The suspect was reportedly carrying a handgun, knife, and pepper spray before he was detained, according to multiple outlets citing law enforcement authorities.

Several Republican lawmakers immediately condemned the threat at Kavanaugh’s home, repeating previous calls for punishment over the draft leak. Sen. Mike Lee (R-UT) tweeted Wednesday that President Joe Biden should “condemn illegal protesting at justices’ homes, and pledge to protect every member of the Court from these escalating and dangerous threats”.

“Attacks on and threats toward Supreme Court officials have gone on for too long”, Lee added.

Maryland Gov. Larry Hogan, a Republican, lauded the Montgomery County Police Department for “quickly acting to apprehend the suspect,” noting that he and Virginia Gov. Glenn Youngkin, also a Republican, “will continue to partner with both federal and local law enforcement officials to help ensure these residential areas are secure”.

Senate Minority Leader Mitch McConnell said the “disturbing” incident evinces why the Senate unanimously passed the Supreme Court security bill weeks ago that was later blocked in the Democratic-controlled House.

The bill, introduced by Sen. John Cornyn (R-TX), would provide police protection to the immediate families of all nine justices and other officers of the court if the high court marshal determines such protections are necessary.

The Supreme Court started an investigation into last month’s leak of its opinion apparently overturning Roe v. Wade and more recently began searches into mobile phone data for high court clerks and required them to sign legal affidavits as part of the investigation. The leak drew protesters to the homes of Kavanaugh, Alito, and Chief Justice John Roberts in May.

Here my question is – why did the Democrats block the bill by abusing their majority in the US Congress. Once passed, the bill, which was introduced by Senator John Cornyn (R-TX) would provide police protection to the immediate families of all nine justices and other officers of the court. Was that blocking was to allow assassins attack and kill justices of the US Supreme Court? Isn’t it the nastiest form of political vendetta of the Democrats?