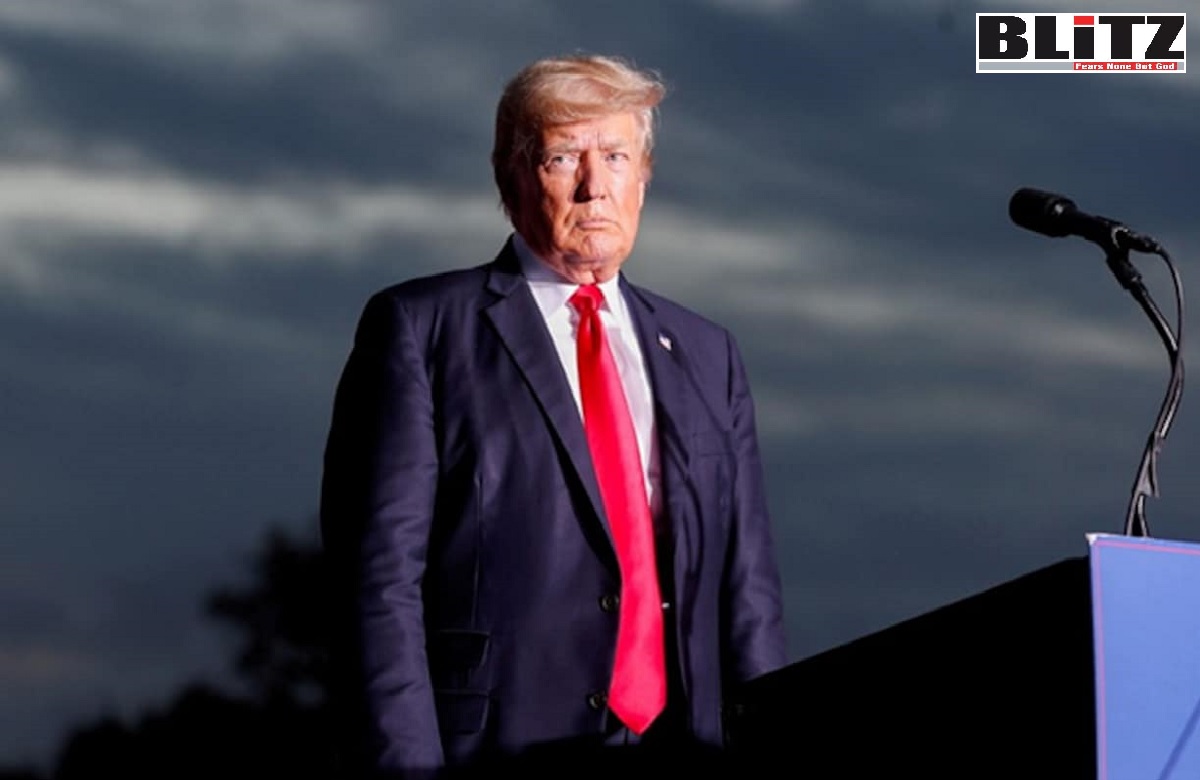 It seems, with the active help of the Department of Justice (DOJ), Democrats and Biden administration are in desperate need of sending former president Donald Trump to prison soon. According to former federal prosecutor Glenn Kirschner, Donald Trump is the “ultimate target” of the Justice Department’s criminal investigation into the January 6 attack on the capital.

Investigators are working their way up the “criminal food chain” toward the former president, Kirschner told The Dean Obeidallah Show on Friday, per Newsweek.

“So clearly, I think Donald Trump is the ultimate target. And it seems to me that there are a couple of things going on. It seems to me that what DOJ is now doing is working its way up the criminal food chain”, Kirschner said.

“They continue to go after, prosecute, and convict Donald Trump’s foot-soldiers of the insurrection that he told to go attack the Capitol and stop the steal. And they obeyed those commands from their commander in chief”, he told the SiriusXM radio’s Progress channel.

It may be mentioned here that, at least 846 people have been arrested and charged with crimes since supporters of Donald Trump reportedly descended on the US Capitol on January 6. Some of those charged had argued that they were incited by the then-president or were following Trump’s orders when they participated in the Capitol riot.

The Justice Department’s probe into the insurrection has centered chiefly on rioters and lower-level planners, Insider previously reported, but legal experts believe that the criminal inquiry could be homing in on Trump’s inner circle.

British newspaper The Guardian said, the department has also issued subpoenas for information on several Trump lawyers, including Rudy Giuliani and John Eastman. Other top Trump allies who sought to overturn the 2020 election results might also be in prosecutors’ sights.

Last month, Business Insider reported that the Justice Department had requested interview transcripts from the January 6 House investigation committee, which is running separately from the DOJ probe. There are more than 1,000 transcripts, including those of high-ranking Trump associates and Trump family members.

These interviews may be used to put forward criminal charges or used as evidence for other cases, The New York Times reported.

Meanwhile, former Trump advisor Peter Navarro said he was put in handcuffs and “leg irons” while being arrested after trying to board a flight at the airport in Nashville.

Navarro, 72, was indicted on charges of contempt of Congress after repeatedly defying the orders of the House Committee investigating the January 6 riot, per unsealed court documents.

In an interview with CNN’s Jim Acosta, Grisham welcomed the Justice Department’s decision to indict the former Trump aide Peter Navarro for refusing to comply with a subpoena from the committee.

But she was critical of the decision not to charge former White House Chief of Staff Mark Meadows and his deputy, Dan Scavino, over their refusal to cooperate.

“I truly was confused by that, most certainly with Mark Meadows, who was chief of staff at that time and who was facilitating so many conversations and meetings and doing all of President Trump’s bidding. I was puzzled by it”, said Grisham.

“I was happy to see what happened with Peter Navarro. That was important. I think that the Trump team always gets away with no consequences. I know that only because I was part of that world and that was the attitude, we were very flippant because nobody was going to get us”, said Grisham.

“And so I think that with the DOJ’s latest decision, specifically with Meadows, it’s just more of — they get away with it all and that’s disappointing for a lot of people”.

During the Trump presidency, Grisham served as Trump’s press secretary as well as a close aide to first lady Melania Trump, and resigned from the administration in the wake of the Capitol riot.

In a scathing memoir about her time working for Trump, Grisham claimed that Meadows helped organize off-the-books meetings for the president ahead of January 6, 2021, in an effort to shield the contents of the discussions from the National Archive.

Former federal prosecutor Glenn Kirschner has suggested the Department of Justice will soon bring indictments against Donald Trump and his “co-conspirators” in anticipation of the public outrage over the former president’s attempt to overturn the 2020 presidential election results.

On May 30, former White House trade advisor Peter Navarro also revealed that he had been summoned by a federal grand jury subpoena to turn over to the DOJ “any communications” he had with Trump and his counsel.

Kirschner said that the “flurry of activity” from federal prosecutors could be in anticipation of a national outcry over why Trump and his allies have not already been charged.

On June 9, the House select committee investigating the January 6 attack on the US Capitol will hold the first of its eight televised hearings in which they will deliver evidence surrounding Trump’s frame of mind and the events which led up to the riot.