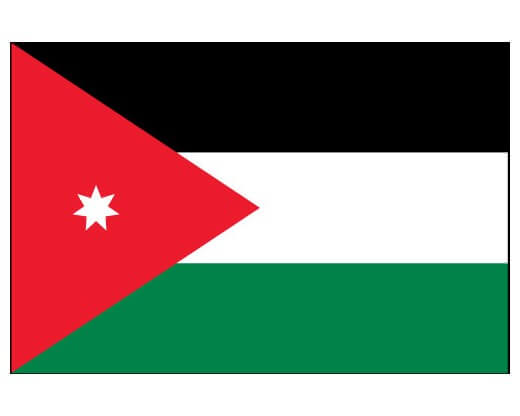 The statement from the Jordanian government spokeswoman Jumana Ghunaimat about Palestinian Authority leader Mahmoud Abbas’s comments on a new U.S. proposal for a Jordanian-Palestinian confederation was short and to the point: ”The matter is not an option. Jordan supports a two-state solution and an independent Palestinian state along the 1967 borders.”

According to senior Fatah officials, Abbas shared the proposal, which came from U.S. President Donald Trump, with a group of Peace Now activists with the goal of causing a public furor in Israel by demanding that Israel, too, be part of said confederation. He knows that Israel is afraid of becoming a Jewish minority among Palestinians in the West Bank and Gaza Strip, as well as the Palestinians in Jordan, particularly after the passing of the nation-state law.

The Jordanian royal family has never forgotten the events of Black September in 1970, when Palestinian groups belonging to the PLO tried to seize the Hashemite kingdom and assassinate King Hussein, who was forced to declare war on them. As a result, 3,400 Palestinians were killed and tens of thousands wounded. The Jordanian security forces lost 537 people but successfully ousted the terrorist groups from the kingdom, securing the continued rule of King Hussein, the father of the reigning king, Abdullah II.

Those events are still seared into Abdullah’s memory. Make no mistake: His current alliance with Abbas stems from vested interested. He knows very well that the PLO has wanted to take over the Hashemite kingdom and oust the royal family from power for years, but he needs his Palestinian ally because he fears that Trump’s “deal of the century” will hurt Jordan’s special status as guardian of Islamic holy sites in eastern Jerusalem.

But the Jordanians are worried that the Trump administration’s confederation idea is an Israeli idea in American wrappings, designed to remove Israel’s demographic concerns, cancel the “right of return” demanded by Palestinian refugees and foist responsibility for fighting Palestinian terrorism onto Jordan.

In 1988, Jordan made the strategic decision to cut itself off from the West Bank. It’s no coincidence that Abdullah is keeping away from the idea of a confederation like poison; he wants to keep Jordan’s borders as they are, and fears that if the idea is implemented, the Palestinians will take his country and depose the Hashemite royal house.

Yoni Ben-Menachem is a fellow at the Jerusalem Center for Public Affairs.

Like Loading...
Recommended for you:
Continue Reading
Advertisement
You may also like...
Related Topics:Israeli idea in American wrappings, Jordanians are worried, Trum administration's confederation idea, US proposal for Jordal Palestine confederation