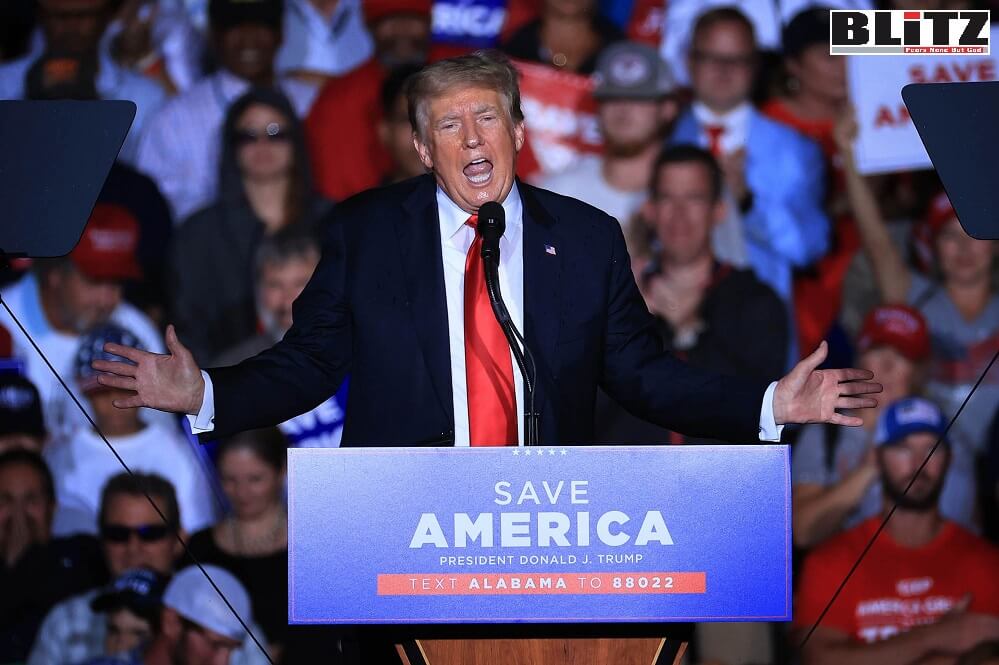 American is at risk. Hundreds of thousands of Afghan refugees, a significant portion of which are expected to be Taliban, Al Qaeda and Islamic State jihadists as well as Pakistani nationals would pose gravest threat to domestic security of the United States. At such extremely crucial situation, former US President Donald Trump has launched a campaign criticizing Joe Biden and Biden-Harris administration’s disastrous failure in handling of the retreat of the US forces from Afghanistan, which Trump called “the greatest foreign policy humiliation” in the US history.

True, Biden, who is being recently mocked by the media as ‘Joke Biden’ and the Biden-Harris administration have greatly tarnished America’s image globally. This time, the degree of damage caused by Biden has already crossed that of Barack Obama. It may be mentioned here that, during his 8-years presidency, Obama had in multiple ways damaged America’s interest, while he has also secretly bribed Iran with hundreds of millions of dollars.

Donald Trump, who is a favorite candidate from the Republican Party for 2024 presidential election has blamed Joe Biden for Afghanistan’s fall to the jihadist Taliban fighters. Trump told an energetic rally packed with patriotic Americans near Cullman, Alabama: “Biden’s botched exit from Afghanistan is the most astonishing display of gross incompetence by a nation’s leader, perhaps at any time”.

At the rally, Donald Trump blamed the situation on Biden not having followed the plan his administration.

“This is not a withdrawal. This was a total a surrender,” Trump said.

Donald Trump said the Taliban, with whom he had negotiated, respected him. He suggested the quick takeover of Afghanistan would not have happened if he was still in office.

“One year ago this month in my nomination speech”, Trump told the large crowd of supporters at a large rally in Cullman, Alabama, harkening back to his 2020 Republican National Convention address, “I warned the entire country of the disastrous consequences of a Biden presidency”.

Trump then blasted President Biden, criticizing him over crime, inflation and the haphazard evacuation of U.S. personnel and allies from Afghanistan after repressive Taliban forces rolled into Kabul, the central Asian country’s capital and largest city.

“This is a great stain on the reputation of our country”, the former president charged.

Donald Trump said, “Vietnam looks like a masterclass in strategy compared to Joe Biden’s catastrophe and it didn’t have to happen”, he said. “All he had to do was leave the soldiers there until everything’s out, our citizens, our weapons, then you bomb the hell out of the bases”.

“Not even a contest, this will go down as one of the great military defeats of all time and it did not have to happen that way. This is not a withdrawal. This was a total surrender for no reason. They weren’t asking”, Trump added.

Biden-Harris administration’s disastrous failure in handling the Afghanistan issue has already placed lives of millions of Afghans as well as thousands of Americans at stake. Taliban fighters are already celebrating America’s retreat from Afghanistan terming as “America’s defeat”. At this stage, America certainly needs to find an immediate measure in saving the country from further damages caused by Joe Biden and Kamala Harris. They give sweeping majority to the Republicans in the House and Senate, but still individuals like Joe Biden (his notorious son Hunter Biden), Kamala Harris and a large number of unpatriotic members of the Biden-Harris administration are no less damaging than Al Qaeda itself. In fact, Americans now are held hostage into the madness of Joe Biden and his cronies.