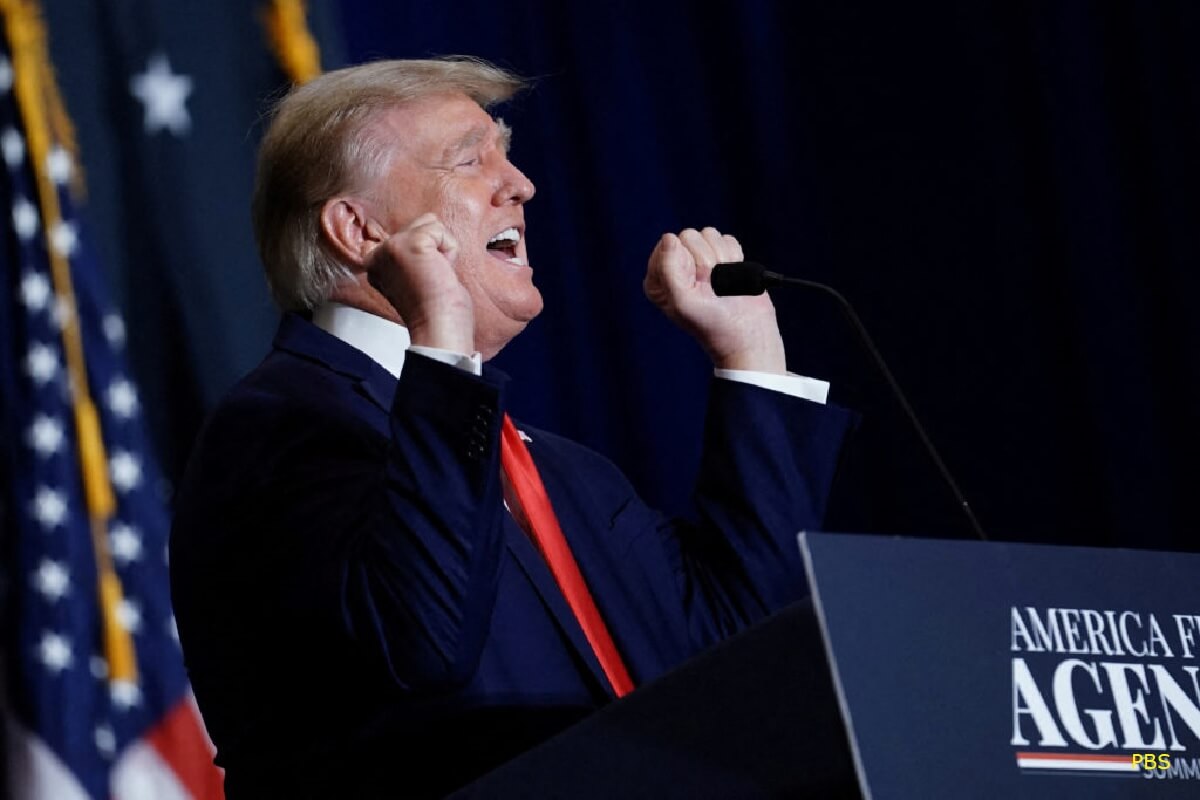 “In response to this unparalleled escalation, President Trump should immediately and formally declare his candidacy for the presidency in 2024,” Cortes added.

Monday night’s raid reportedly came in response to 15 boxes of materials requested by officials in the National Archives, which Trump has reportedly delayed in returning.

“Using armed federal agents as political police to raid the private dwelling of a political rival takes America to a new and dark place,” Cortes wrote. “Even if some flimsy legal pretext actually exists regarding a debate over document classification, then any legitimate DOJ would negotiate proceedings with the 45th president’s legal team.”

What the unannounced raid did, Cortest added, was telegraph “the true intent of Biden and his jackboots: pure intimidation with an aim to indict Trump and try to prevent him from running. It is high time to meet fire with fire. Thankfully, there is no better counterpuncher in public life. Boldly declaring his candidacy now conveys strength and a willingness to fight back with action, not merely tough words and elaborate condemnations.”

In an interview Monday night on Fox News, Trump’s son Eric Trump told host Sean Hannity: “To have 30 FBI agents, actually more than that, descend on Mar-a-Largo, give absolutely no notice, go through the gate, start ransacking an office, ransacking a closet, you know — they broke into a safe. He didn’t even have anything in the safe.”

“They started coming after him … the day he won [in] 2016,” Eric Trump said. “It’s gone on past politics. Look at the attorney generals, … district attorney’s all over the country — all they want to do is, they want to get Donald Trump. And they do it for one reason,. Because they don’t want Donald Trump to run and win again in 2024.”

Trump White House adviser Garrett Ziegler noted in a Telegram Post: “Take note that the Bolsheviks waited until both chambers of the Congress went into recess to conduct the raid. Despicable. On the VERY first day of the Senate’s August recess (which is way too long, anyway!) they did it.”

Meanwhile, of all the leftists lining up to reinforce the alleged integrity of the raid, Randall Eliason, a former federal prosecutor and Washington Post contributing columnist, may have taken the cake.

1) A search warrant, issued by a neutral magistrate on a finding of probable cause, is never a good sign for the party being searched.

2) Knowing the sh*tstorm that would inevitably result, DOJ would NOT do this for a weak or marginal case.

The “neutral magistrate” is Judge Bruce E. Reinhart, who signed off on the warrant to raid Trump’s Mar-a-Lago residence.

In addition to having, as a lawyer, been tied to Jeffrey Epstein, Reinhart donated to the campaigns of Barack Obama and, in the 2016 election, Jeb Bush. Yeah, that’s some real neutrality there.

As for the DOJ not pushing “weak” or “marginal” cases, surely you can’t be serious.

On four occasions, the FBI obtained FISA warrants to spy on Trump campaign associates based primarily on what the bureau knew to be bogus information in the Christopher Steele dossier. Each of the FISA applications alleged there was probable cause that Trump associates were Russian agents.

Let’s take it straight from the DOJ itself: On Aug. 19, 2020, the DOJ issued a press release titled: “FBI Attorney Admits Altering Email Used for FISA Application During ‘Crossfire Hurricane’ Investigation”.

Schiff has been saying Trump should be banned from running for President under Section 3 of the 14th Amendment passed in 1868, having according to Section 3 “engaged in insurrection or rebellion.” Schiff and the January 6 Committee continually refer to the “January 6 insurrection.”

So far they say they are looking for classified documents that should not have been taken out of White House. This is just a surface facade.

They are hoping to find something to bolster their charge of “insurrection” referenced in Section 3 of the 14th Amendment. They would probably like to add “obstruction of justice.”

If they do not find anything, they will just make up a story and forge it, just like they did on the fake Russia Collusion charges.

As Stalin’s Chief of Secret Police once said, “Show me the man, and I will find the crime.”

Now they are hiring 87,000 IRS agents as political enforcers. Get out of line, criticize the Obama-Biden Regime and they will break you and make your life miserable with tax audits.

These Democrats are totally dishonest, completely ruthless, absolutely corrupt, and like Stalin and other Marxists believe the end justifies the means. Power and self-enrichment are their gods.

Then there is this, posted by Kid Rock on GETTR: