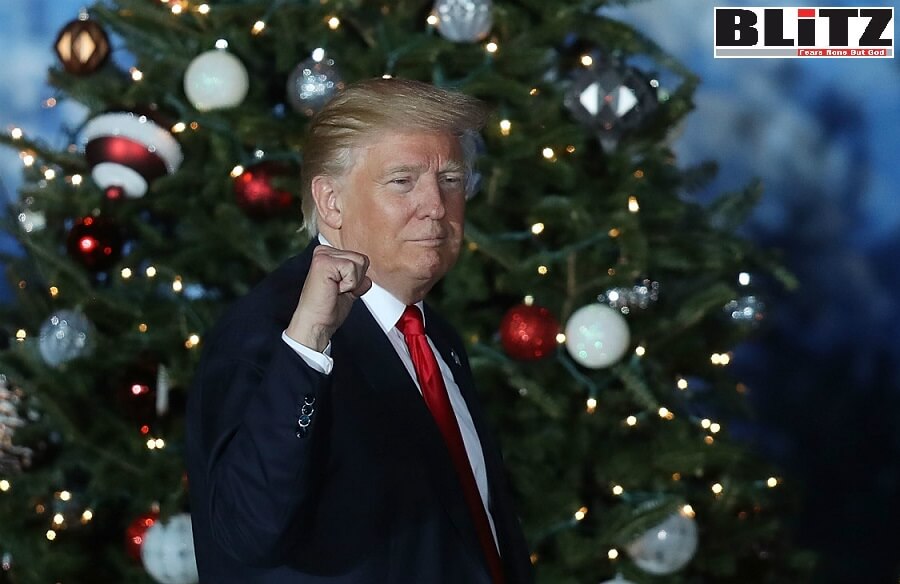 Former US President Donald Trump was given a hero’s welcome at First Baptist Church in Dallas as thousands of Christians welcomed him with fierce applause.

He quoted briefly from the New Testament about how an “angel of the Lord appeared to humble shepherds and proclaimed the reason for our Christmas joy”.

“For unto you his born today in the city of David a savior which is Christ the Lord,” the president said, quoting Scripture.

The former president acknowledged that in recent days our nation has descended into darkness, but he said there is hope.

“The life and death and resurrection of Jesus Christ forever changed the world. It’s impossible to think of the life of our own country without the influence of His example and His teachings,” the president said. “Our miraculous founding, overcoming civil war, abolishing slavery, defeating communism and fascism, reaching boundless heights of science and discovery”.

He said the United States became a great nation because we followed the teachings of Christ.

“None of this could have ever happened without Jesus Christ and his followers and his church – none of it. We have to remember that Jesus Christ is the ultimate source of our strength and our hope. And here and everywhere and for all time Jesus Christ and we just want to thank everyone who believes”, he said.