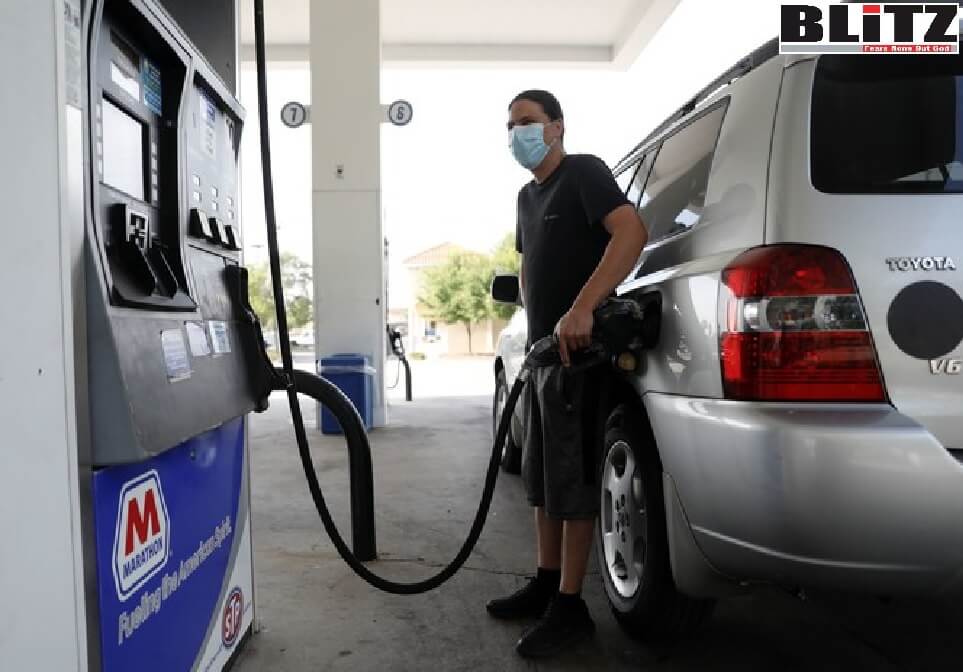 Courtesy of Team Biden’s disastrous economic policies and sanctions on import of gas from Russia, the average price for a gallon of gas in the United States hit US$4.37 on May 10, which is all time high.

Gas prices are expected to continue to rise through Memorial Day weekend.

Appearing on Tuesday before a backdrop which proclaimed “Lowering Costs” and “Tackling Inflation,” Joe Biden offered only his tried and true excuses of blaming the pandemic and the war in Ukraine. He offered no plan to actually lower costs and tackle inflation.

And when asked “how long should Americans be prepared to pay this much at the pump? Are you concerned about a recession?”, Biden shuffled away.

Florida Republican Sen. Rick Scott said in a tweet that Biden “is unwell. He’s unfit for office. He’s incoherent, incapacitated & confused. If Biden wants to actually fix the inflation crisis he created, he should resign.”

Earlier it was reported in the media that skyrocketing inflation brought on by Joe Biden’s economic policies will cost American households an additional US$5,200 in 2022.

“Inflation will mean the average US household has to spend an extra US$433 per month compared to last year for the same consumption basket,” wrote Bloomberg economists Andrew Husby and Anna Wong.

Inflation reached a 40-year high in January, accelerating to a 7.5 percent annual rate.

According to the Bloomberg economic team, “accelerated depletion of savings will increase the urgency for those staying on the sidelines to join the labor force, and the resulting increase in labor supply will likely dampen wage growth.”

Thanks to Bidenomics, prices have increased sharply for several everyday household items, including food, cars, housing and electricity.

On March 24, Biden warned that food shortages could be imminent as a result of sanctions imposed on Russia by the U.S. and its allies. Biden made the remarks during a press conference at a NATO summit in Brussels.

“With regard to food shortage, yes we did talk about food shortages, and it’s gonna be real,” Biden said following a meeting with multiple world leaders. Biden went on to say that the sanctions would cause hardships for Americans in addition to Russia. “The price of sanctions is not just imposed upon Russia,” he continued. “It’s imposed upon an awful lot of countries as well, including European countries and our country as well.”

Russia and Ukraine produce 25 percent of the global wheat supply, according to the Observatory for Economic Complexity. While neither of these countries export wheat to the US directly, their absence from the global market is expected to strain supply and push prices higher.