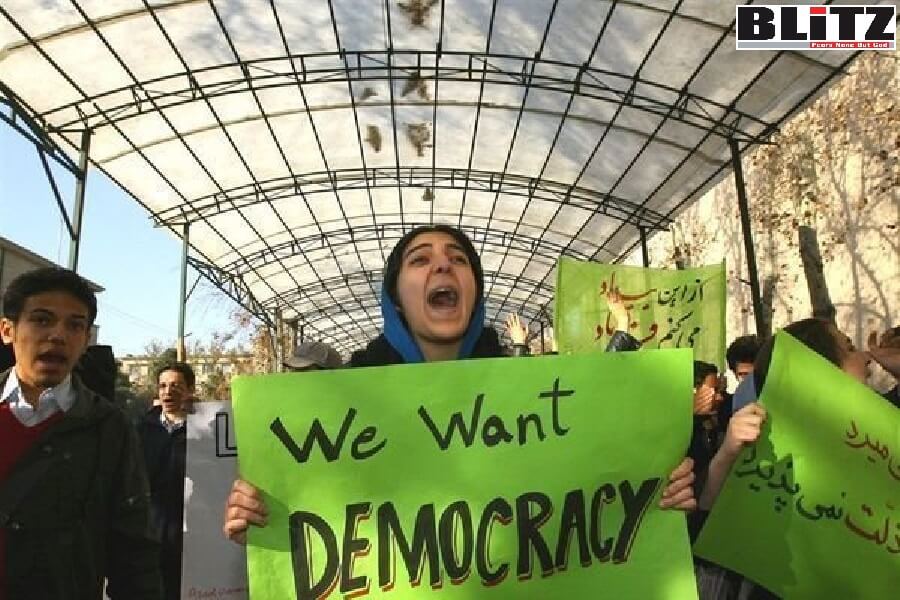 Presidential elections will be held in the Islamic Republic of Iran on June 18. Some commentators describe the elections as a “democracy-like” process based on political parties and the vote of the people. This view has nothing to do with reality. The Islamic regime is a totalitarian one-party system that conducts carefully managed elections for propaganda purposes. The popular vote is of no interest to the regime and has no impact on the outcome of Iran’s so-called elections. Writes Arvin Khoshnood

On June 18, 2021, the Islamic Republic of Iran will hold its 13th presidential elections. Some view Iranian elections as consistent with a democratic process based on political pluralism and the vote of the people. Djavad Salehi-Isfahani, for instance, has described the election as a competition between reformists and hardliners, and encourages support for the former. In an article for the Atlantic Council, an anonymous writer portrays the election in the same way as Salehi-Isfahani, writing about various political camps (reformist/moderate vs. fundamentalists), campaign issues, debates, and potential candidates. Mari Nukii expresses similar thoughts in an article for the Japan Institute of International Affairs. Though Nukii admits that Supreme Leader Ali Khamenei “has excluded political opponents while reflecting his own views on politics,” she still claims that “enthusiasm among voters and their turnout” can influence the election results.

These claims are based on the premise that Iranian elections are more or less democratic, reflect internal political rivalries in the manner of all democratic elections, and grant the people the chance to influence outcomes. None of that is true. The regime stage-manages all presidential elections and uses them as window dressing to claim legitimacy to rule Iran.

Much is made among analysts and observers about the political rivalry between so-called reformists, moderates, and hardliners in Iranian politics. There are many media accounts of the ways in which the various camps compete for seats in legislative as well as executive organs on both the local and national levels in Iran, and articles are written about passionate debates among factions on national issues. Such debates do occur, and at times become so fervent that members of different camps attack one another both verbally and physically. But appearances aside, there are no genuine party political rivalries in Iran.

The political system in Iran is a totalitarian one-party system led by Supreme Leader Ali Khamenei. Groups within this system compete for political and economic influence, but they all share the aim of strengthening the regime and preserving its values: the worldwide spread of Shiite Islam and the Islamic revolution. There are no fundamental differences among the various camps of the Islamic regime. Any groupings outside the system, like, for instance, monarchists or communists or anyone else who wants to overthrow the regime and abandon its religious character, are excluded from the political system entirely. The Islamic regime deals with these “outsiders” not by putting them on the ballot but by exiling, imprisoning, abducting, torturing, or executing them.

According to the political system constructed by the Islamist regime and controlled by Khamenei, only the most loyal of loyalists can run in elections. Khamenei’s grip on elections is not only through the repressive organs of the regime (i.e., the IRGC, the intelligence community, law enforcement, etc.), but also through the Guardian Council, which oversees elections in Iran.

According to the Constitution of the Islamic regime, the Guardian Council consists of 12 members. Six must be trained in fiqh (Islamic jurisprudence) and the other six must be Muslim jurists trained in other fields of law. Ali Khamenei selects the first six directly. The other six are appointed by parliament based on nominations made by the head of the judiciary—an individual selected by Khamenei. This means the Supreme Leader indirectly selects the other six jurists as well, and thus has full control over the Council.

In addition to making sure the regime’s legislators do not establish laws that are contrary to Islam, the Constitution of the Islamic regime stipulates that the Guardian Council must supervise national elections. This supervisory role includes scrutinizing all candidates and deciding who is eligible to run. The Council can thereby stop anyone who is deemed either useless or a potential threat to the regime from running in elections.

Ballots are decided this way. First, individuals who are interested in running register that interest over a period of a few days. Once the list is complete, the Guardian Council begins its review of the candidates. The Ministry of the Interior then announces the names of those who will be allowed to run.

There is no political pluralism in Iran. Khamenei, through his grip on the Guardian Council, controls all presidential elections. The people’s vote is essentially worthless and has no influence on the outcome of elections.

Because the regime will permit only those candidates who are most loyal to the Supreme Leader to appear on the ballot, the citizenry are not given the opportunity to elect anyone who diverges from Khamenei’s worldview. It therefore does not matter whom they elect. At the end of the day, the victor will inevitably be one of Khamenei’s trusted candidates, and the regime will continue its policies of domestic oppression and imperialist aggression abroad. In a sense, it doesn’t really matter who the next president will be. His positions are already known, whoever he may be.

While the people’s vote is meaningless and without value in the eyes of the ruling elite, the visuals of Iranians at the ballot box are of utmost importance. By disseminating clips and photos of Iranians at the polls, the regime spreads the fiction that it enjoys popular support and that its rule is legitimate. The regime wants images of voting queues, not the vote itself.

Turnout figures are largely irrelevant. We can never know how many people vote in Iranian presidential elections as the regime’s figures cannot be trusted. Nor do we know anything about the strategies behind the construction of those figures. All we know is that the regime will publish data that somehow benefits it, either immediately or in the future.

During the parliamentary elections of 2020, the regime announced that turnout was very low (less than 43%) because of the COVID-19 pandemic. That might have been an element, but the low turnout also reflected the response of the public to the violent crushing of the November 2019 protests, the shooting down by the IRGC of a Ukrainian passenger plane, and the regime’s initial attempts to cover it up by lying. More and more Iranians want the regime overthrown and show this by boycotting regime elections. Announcements explaining away low turnout could be a way for the regime to hide dissatisfaction among the people, show that voting in Iran is voluntary, and legitimize its rule.

In Iran, many citizens feel forced to vote. When someone votes in an election controlled by the Islamic regime, that person receives a stamp in his or her identification documents called a shenasnameh. The shenasnameh will be required when that person applies for employment at a regime institution or for welfare support. The shenasnameh is also needed when regime employees want to advance their careers, receive a higher salary, or receive other types of employment benefit. Moreover, few prisoners or conscripts would dare abstain from voting, as not voting would mean having their standard of living reduced even more.

Presidential elections held by the Islamic regime in Iran are not democratic or free in any way. There is no political pluralism in Iran. The various groups competing for power do so within the framework of the Islamic regime, meaning they all approve of the fundamental values of the existing leadership. The regime’s political system is a totalitarian one-party system that allows no room for “outsiders” to gain political traction in Iran without risking repression.

In addition, despite the image the regime tries to convey, voting in Iran is not voluntary. Many are compelled or feel compelled to vote. It does not matter how many citizens vote or for whom they vote, or even if they submit blank ballots. To the Islamic regime, all that matters is that as many Iranian citizens as possible vote for propaganda purposes. Once the election is over, the president will be someone the Supreme Leader trusts and can make use of to consolidate his own power.

Arvin Khoshnood has extensively researched the Islamic regime’s domestic, foreign, and security policies, with a special focus on how the regime uses poverty as an instrument of domestic dominance. He holds degrees in political science, human geography, and intelligence analysis from Lund University in Sweden and is fluent in Persian.