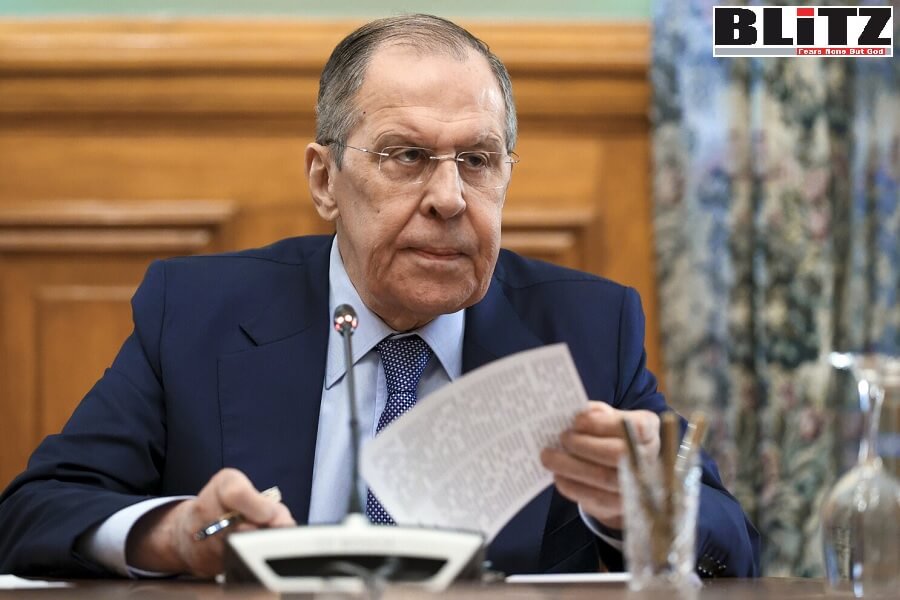 “We are not shutting our door if Europe changes its mind,” he said. “However, there must be an understanding, as I have said before, that we will not be dependent on anyone. Europe showed its unreliability as a partner.”

“We will grow stronger, including with the help of the EAEU [the Eurasian Economic Union], SCO [the Shanghai Cooperation Organization], BRICS [Brazil, Russia, India, China, South Africa] and other mechanisms. After that we will be considering projects, proposed for the mutual implementation, from the qualitatively new stance,” Lavrov added.

The foreign minister stressed that after gaining its present-day form of the nationhood, Russia was willing to cooperate with all parties, which expressed reciprocal readiness based on equality, mutual benefits, bilateral respect and the search for a balance of interests and compromise.

“This is why we had a record high figure of trade with Europe for many years and it stood at $430 billion in 2010, 2011, 2012,” Lavrov said. “However, when Europe waivered and experienced humiliation from Ukrainian ultra-radicals after the Maidan [riots], when all of its guarantees were spit upon and it [Europe] was shelved away from all plans, which neo-Nazis aimed to implement, Europe tried to compensate its feebleness by accusing us of everything,” the Russian minister said.

“Under such situation, when someone tries to balance and then a left-side support is taken away suddenly, one should obviously intensify the work in the eastward direction, as simply as that,” Lavrov continued.

The minister noted that the trade between Russia and China was up by 50% last year totaling $145 billion, while China is also in work on cooperation within the frames of the Eurasian Economic Union (EAEU).

“We have SCO, where we also in work on major trade and economic as well as infrastructure projects along with the issues of security,” he said. “We also have BRICS, which established the Bank of Development and which operates actively, including under such uneasy present-day situation. Finally, we have the RIC – Russia, India, China.”

On February 21, Russian President Vladimir Putin signed decrees at a ceremony in the Kremlin recognizing the Donetsk People’s Republic (DPR) and the Lugansk People’s Republic (LPR). Putin met with DPR leader Denis Pushilin and LPR leader Leonid Pasechnik, and signed treaties with them on friendship, cooperation and mutual aid between Russia and both republics.

President Putin said in a televised address on February 24 that in response to a request from the heads of the Donbass republics, he had decided to carry out a special military operation in order to protect people “who have been suffering from the Kiev regime’s abuse and genocide for eight years.” The Russian leader stressed that Moscow had no plans to occupy Ukrainian territory.

The Russian Defense Ministry had reassured earlier that Russian troops are not targeting Ukrainian cities, and were limited to conducting surgical strikes and incapacitating Ukrainian military infrastructure, insisting that there is no threat whatsoever to the civilian population.