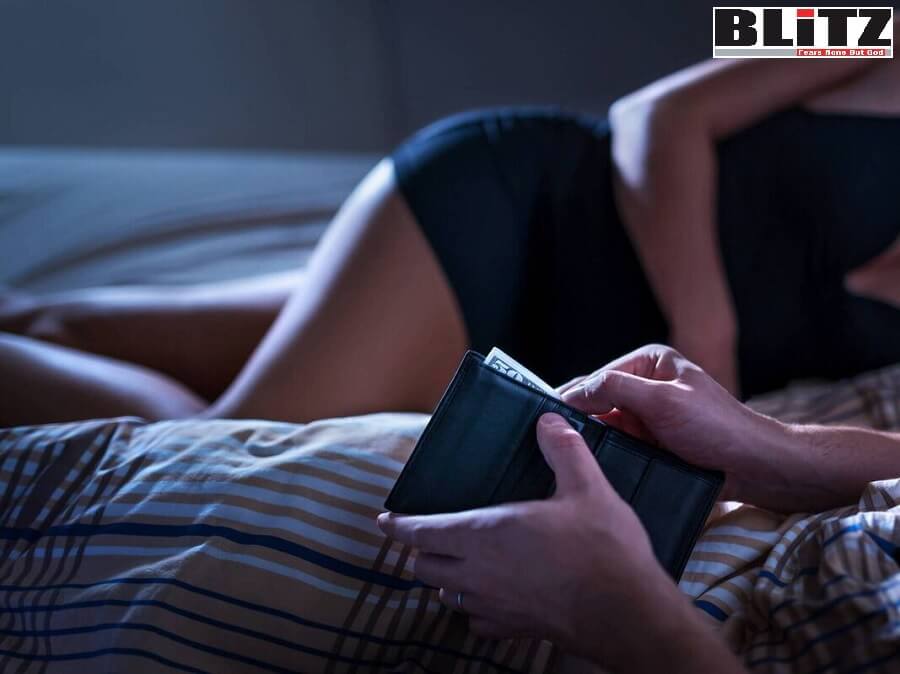 While a number of European countries have imposed sanctions on Russia and sending military equipment to Kiev for fighting Russian forces, a large number of European nationals are seen busy in luring Ukrainian females, including children towards prostitution.

Zanna Roemers, a German national published a post two weeks ago on social media inviting Ukrainian girls and women in prostitution in Germany. The post said:

“Feared of Russian invasion and not sure of where you can flee? The war may sound misery to many, but not for those girls and women with perfect figure, sexy look and above all willingness of enjoying sex while making money. For those who are still virgin, you can offer your customer to deflower you in exchange for lots of cash. This invasion is not a misery for you, instead an opportunity. Come and join German prostitution world and make thousands of Euros every day. Let me know your preferences, if you are okay with anal, vaginal and oral sex. Virgin girls please bid your expected amount for the first sexual encounter’.

According Emirates Leaks, Emirates and Lebanese companies cooperate in exploiting the war in Ukraine to attract women to prostitution in both countries.

The sources told Emirates Leaks that dozens of Ukrainian women and other nationalities were recently brought to the UAE under this cooperation.

It indicated that these are distributed to Dubai and some other countries to work in the prostitution market under the supervision of tourism companies.

Israeli newspaper Yedioth Ahronoth confirmed that the fighting in Ukraine led to another horrific phenomenon: the increase of trafficking in women and their recruitment into the prostitution market in both Israel and the UAE.

The newspaper stated that specialized companies are taking advantage of the plight of Ukrainian women and displaced women from the war zone to engage in the shameful prostitution market in Dubai and Tel Aviv.

A documentary film screening hosted by the University of Florence has also exposed the UAE as a country of prostitution and human trafficking, reinforcing a series of international reports that have previously emphasized the corruption of the UAE regime and its grave violations of human rights.

The Express revealed that the 50-minute documentary film deals with the spread of prostitution and human trafficking in the UAE under the title ‘Not For Sale’.

The newspaper stated that the film represents a shockingly documented investigation, as it was implemented over two years in sex trafficking and forced prostitution in the Middle East, especially the UAE.

According to the newspaper, the documentary reveals how this deadly trade is organized, who is behind the world’s third most profitable crime, and who are the victims.

Using secret photography, interviews and expert analysis, the film exposes human rights abuses and how women seeking jobs in the service sector are trafficked under pretenses from countries as diverse as Moldova, where they end up as sex slaves.

The film follows survivors of rehabilitation shelters in Eastern Europe as they try to bring the victims back to life, and presents their personal stories, with interviews with many prominent professionals working in prevention, advocacy, law enforcement, academic and institutional research, including human rights and anti-trafficking activists.

According to the International Labor Organization, forced labor alone generates $150 billion in revenue, while in Europe and Central Asia, 62 per cent of trafficking victims are used for the purposes of sexual exploitation, of whom 96 per cent are women and girls.

Moldova is the poorest country in Europe. Because of this, it is a central station for recruitment, as women and girls are sent to massage parlors in the Emirates and then exploited for prostitution.

The documentary highlights that the legal status of foreigners in the UAE carries extensive human rights violations, as it is utterly dependent on the employer, who can withhold papers and the salary of any employee without any protection from the state.

The film also revealed that children are victims of sexual and labor exploitation in the UAE, and the authorities in the country are shockingly ignoring the phenomenon of human trafficking.

The documentary criticized the authorities’ failure in the UAE to address the phenomena of smuggling networks for human trafficking. In an interview in the film, human rights activist Maya Garner calls for European countries to redouble their efforts to address the horrific phenomenon of human trafficking in the UAE and pressure Abu Dhabi to stop turning a blind eye to the victims’ suffering.

There has been an increase in men searching for Ukrainian escorts on Irish websites since the Russian invasion sparked an international refugee crisis.

One Irish escort site noted a 250 percent increase in searches on its website for Ukrainian escorts in the first two weeks of March, in the immediate aftermath of the invasion.

The site also recommended soliciting Ukrainian escorts rather than turning to pornography, claiming it’s “an ethical and most importantly consensual and healthy way to live out any war-inspired fantasy”.

Of the advertisements for Ukrainian escorts, the majority highlight that they are new to Ireland.

Barbara Condon, the chief executive of Ruhama, an organization that works with women affected by prostitution and sexual exploitation, said the data about searches for Ukrainian escorts, and pornographic material relating to Ukrainian women, is concerning.

Condon said: “We are deeply concerned about reports of online searches for Ukrainian women to provide sexual services and the risk of exploitation this creates to women and children fleeing the war.

“From our experience we see traffickers and pimps making a lot of money while women suffer severe trauma and hardship”.

Chief executive of Women’s Aid, Sarah Benson, said any “horrible, cynical ploy” to exploit women during one of the worst humanitarian conflicts in decades is completely reprehensible.

“It proves that it takes away any veneer that the sex trade would like to have because it proves that the actors within the sex trade — whether informal, or organized, or part of a criminal network — what they are doing is always looking for the vulnerable woman and how they can exploit.