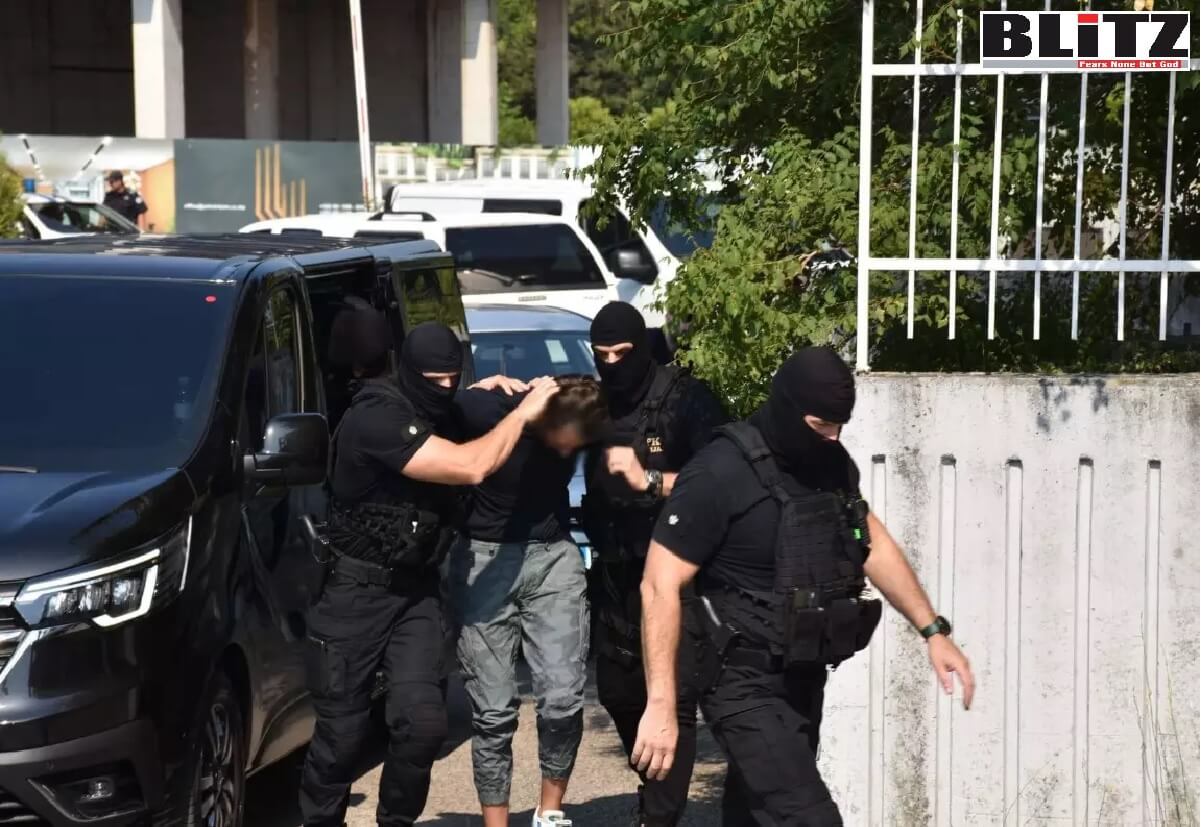 In the early hours of July 27, 2022, authorities raided 37 sites in four countries, out of which 33 in Montenegro where eight suspects were arrested and luxury watches, money, documents, weapons and a speedboat were seized.

According to a press release from Europol, this “cross-border operation involving law enforcement authorities from Croatia, Italy, Montenegro, the Netherlands, Portugal, Serbia, Slovenia and Spain, and supported by Europol, led to the dismantling of a criminal organization trafficking cocaine from South America to the EU and beyond”.

A cross-border operation involving law enforcement authorities from Croatia, Italy, Montenegro, the Netherlands, Portugal, Serbia, Slovenia and Spain, and supported by Europol, led to the dismantling of a criminal organization trafficking cocaine from South America to the EU and beyond.

The investigation into this criminal network lasted several years, and involved a number of EU Member States and third-party countries from the Western Balkan region. The drug trafficking network was mainly composed of Montenegrin nationals, but also involved citizens from Bosnia and Herzegovina, Croatia, Italy and Serbia. Between 2019 and 2020, law enforcement authorities seized more than six tons of cocaine in Aruba (Dutch Antilles), Cote d’Ivoire, Portugal and Spain. The investigations following the seizure in Portugal uncovered possible links between this criminal network and the mafia-style organization ’Ndrangheta. This same seizure led to the identification of 17 new suspects, 13 of whom were Montenegrin nationals. During the course of the investigation, 29 suspects were prosecuted in Croatia, Italy, Montenegro, the Netherlands, Serbia, Slovenia and Portugal.

Europol facilitated the exchange of information and provided continuous analytical support to the investigation. Europol also contributed to the overall case coordination among various agencies in the EU and beyond.

Headquartered in The Hague, the Netherlands, Europol supports the 27 EU Member States in their fight against terrorism, cybercrime and other serious and organized forms of crime. We also work with many non-EU partner states and international organizations. From its various threat assessments to its intelligence-gathering and operational activities, Europol has the tools and resources it needs to do its part in making Europe safer.

This latest crackdown on the Balkan drug cartel follows Europol’s last year move by European authorities who helped file criminal reports against more than 60 suspects belonging to the cartel which was flooding the continent with cocaine.