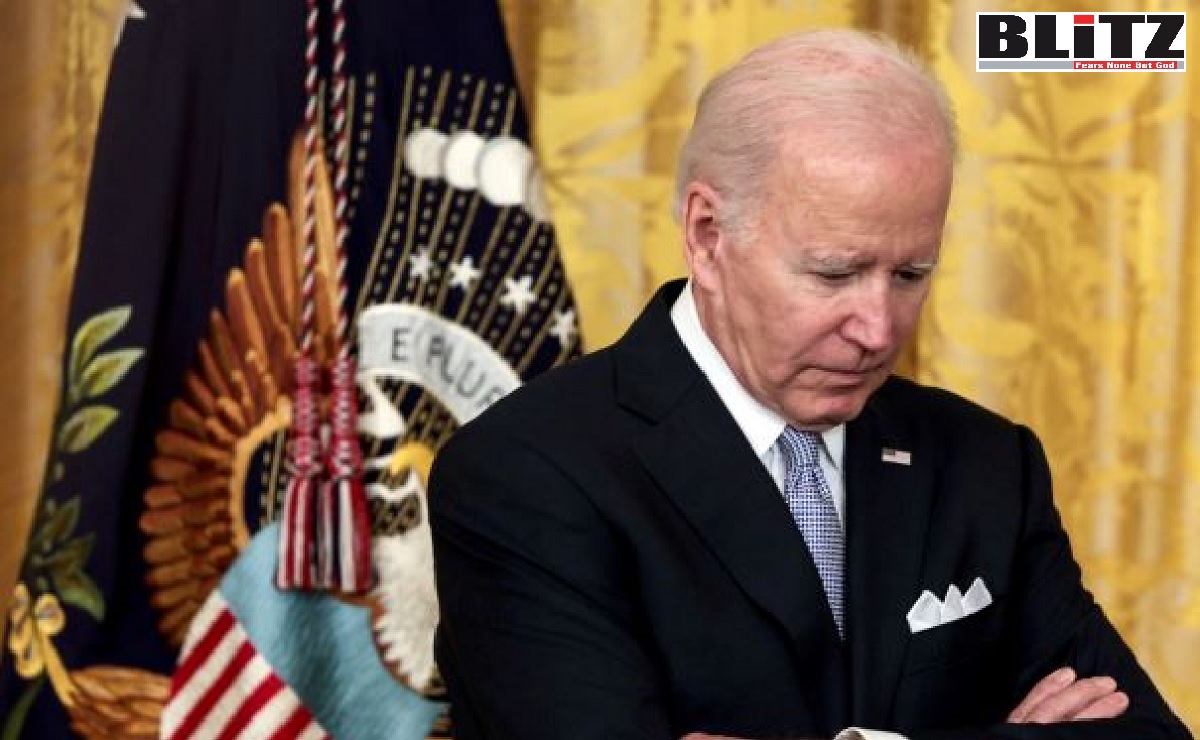 During the 2020 presidential election, President Biden officially set the record for the most votes cast for a presidential candidate in US history. Although many questioned the legality of the election, the numbers were official. Biden, one of the longest-serving career politicians in US history, finally took the office he had been eyeing for nearly 50 years. He got 81,284,000 votes, far surpassing Obama’s record of 69,498,516 votes in 2008. However, ever since, the incumbent’s popularity has consistently been one of the lowest ever for a sitting US president. Although initially denied by the neoliberal mass media, Biden’s unpopularity has become so obvious even they had to admit it, including their flagship, the infamous CNN.

According to the latest CNN poll conducted by SSRS, Biden has reached the lowest ratings in his political career. The poll indicates public opinion is by far the worst it has been since 2009. According to the controversial news network, approximately 70% of Americans think President Biden isn’t paying attention to the country’s most pressing issues. His approval rating is 38%, with disapproval standing at 62%. His ratings for running the economy and handling inflation are 30% and 25% respectively, notably lower than the official overall approval rating. Soaring costs of living are the primary concern for most US citizens, with 75% deeming inflation the gravest problem. Just last summer, that figure stood at 43%.

Biden’s unpopularity is spilling over to the DNC itself. CNN claims that even among Democrats, Biden’s approval fell by 13% since late April (86% to 73% in July). The numbers are even worse when broken down. Biden’s DNC approval rating for handling the economy stands at 62% (9% lower than in April, when it stood at 71%). Regarding inflation, it’s even worse, with 51% of Democrats approving, while 47% disapprove. Among people of color, less than half (45%) are content with Biden’s overall performance (down from 54% in April). According to the poll, this includes a 6% and 9% decline among Blacks and Hispanics respectively. Approval ratings for handling the economy and inflation are now in the negative among Blacks, with 52% and 65% disapproval, respectively. Considering the Blacks have been among Biden’s strongest backers, these numbers are pretty indicative of the president’s performance.

At present, only 12% of Americans strongly support Biden, while 43% strongly disapprove. Among Democrats, only 28% strongly approve, while 84% of Republicans strongly disapprove. The public’s views of the economy and the state of the country overall are “deeply negative and worsening”, CNN claims. Since April, the percentage of those saying “things are going badly for the country” now stands at a mindboggling 79%, the highest since February 2009, and just 4% shy of the all-time worst (November 2008). Most alarmingly for the DNC, this shift largely comes from Democrat voters themselves, with only 38% now saying things are going well in the country. This figure was 61% in April. Concurrently, there’s been a similar drop among people of color, from 41% saying things were going well in April to just 27% in July.

Overall, only 18% of Americans think the economy is in good shape, while 82% say it’s poor, with 41% describing it as “very poor,” which is 11% more than in April and nearly double since December 2021. While economists warn of a looming recession, most Americans think it’s already happening. The CNN poll finds that 64% think the economy is going through a recession. This also includes 56% of Democrats, 63% of independents and 76% of Republicans. When asked to name the biggest economic problem facing their family today, 75% of Americans named costs of living and inflation, including 38% who singled out inflation and rising costs generally, with 29% mentioning gas prices, while 18% mentioned food costs. All of those figures have increased sharply since last summer.

While the public’s attention has shifted sharply to inflation, few think Biden’s focus has followed, with 68% saying he hasn’t paid attention to the country’s most important problems, up from 58% who said so last November. Among Democrats, 57% say he has the right priorities, down nearly 20 points from 75% last fall. Among people of color, just 35% say he has the right priorities, and among those younger than 35, only 23% say the President has the right focus. The ratings for handling immigration (39%) and Ukraine (46%) might be better than those regarding the economy, but are still in the negative.

The survey also indicates both the president’s and vice president’s personal ratings have suffered. Just before their inauguration, 59% and 51% held favorable opinions of Biden and Kamala Harris, respectively. Now, those figures stand at 36% and 32%. With midterm elections just months away and no indication whatsoever that Biden’s standing with the public will improve, the incumbent’s unpopularity is extremely likely to affect the DNC’s midterms performance.

The popularity of governments across the political West has diminished sharply in 2022. With Emmanuel Macron facing a hostile Parliament, Boris Johnson’s premiership hanging in the balance, Germany’s government on the verge of collapse and the Italian government effectively collapsed already, the political crisis in the West might soon turn into an overall one, affecting every aspect of the imperialist power pole. On the other hand, the multipolar world is not just stable, but it’s working towards greater integration.