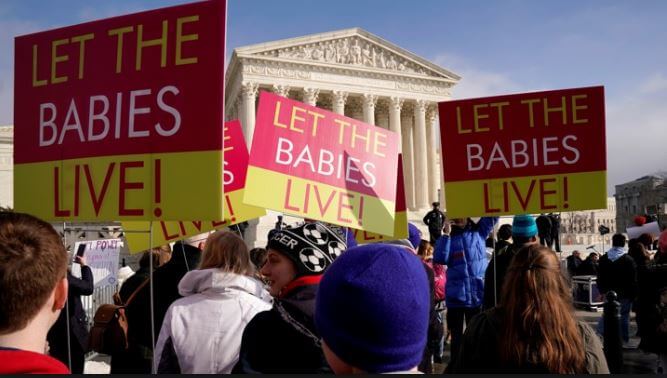 Editor’s note: Dr. Anthony Levatino, a certified OB-GYN and former abortionist who described himself as a “dedicated pro-choice doctor” and performed first- and second-trimester abortions, had a profound change of heart after the death of his own daughter. He is now a staunch pro-life advocate and appears in “Unplanned,” the new film exposing Planned Parenthood.

On the 46th anniversary of Roe v. Wade, New York Gov. Andrew Cuomo, amidst much rejoicing in pro-abortion circles, signed into law the Reproductive Health Act. It states that “a healthcare practitioner … may perform an abortion when, according to the practitioner’s reasonable and good faith professional judgment … the patient is within twenty-four weeks from the commencement of pregnancy, or there is an absence of fetal viability, or the abortion is necessary to protect the patient’s life or health.”

The law is a game-changer for what it says and what it does not.

The Commonwealth of Virginia was simultaneously advancing House Bill No. 2491 that stated, “it shall be lawful for any physician … to terminate or attempt to terminate a human pregnancy … on any woman in a stage of pregnancy subsequent to the second trimester, provided that … [t]he physician certifies … that in in the physician’s medical opinion … the pregnancy is likely to result in the death of the woman or impair the mental or physical health of the woman.” The bill was defeated in committee, but it is important to note that Virginia’s existing law requires certification by the abortionist and two other consulting physicians.

Both New York’s Reproductive Health Act and Virginia’s House Bill No. 2491 allow abortions to be performed up to birth upon the sole judgment of the abortionist, with no state oversight whatsoever. It has been widely stated that these bills allow abortion up to delivery for essentially no reason at all. This is absolutely true based on their wording.

Most citizens can name only one Supreme Court decision, Roe v. Wade. Most don’t understand it. Roe created a trimester framework for abortion legislation. Roe allowed third-trimester abortions (essentially from 27 weeks gestation until birth) if the abortion was performed to protect the mother’s health – BUT, it didn’t define the term “health.”

Few have heard of Doe v. Bolton. It was a companion case to Roe ruled on the same day in 1973. Doe did define “health.” It states that the term “health” includes the mother’s physical health with no specification how severely her physical health would have to be threatened by a continuing pregnancy. It includes her mental health, again with no specification or guidance regarding how severely affected her mental health would have to be to justify a third-trimester abortion. It also includes her economic health. Whoa!! How rich or poor does one have to be to secure a third-trimester abortion? And, if that’s not enough, it includes her social health.

What does that mean? As a former abortionist, I vividly remember a 17-year-old patient who presented requesting her fifth abortion. She unequivocally stated that she wanted the abortion so she would not be pregnant for her senior prom. Under Doe, I could have justified that abortion to promote her social health.

This abuse of the concept of a mother’s “health,” as stated in Doe v. Bolton, has been used effectively by those who favor allowing women to kill their unborn sons and daughters for any reason whatsoever. Many a pro-abortion politician has stated that he/she would support a piece of proposed legislation restricting abortion practice in some way so long as it contains a “health” exception.

Translation: “I would be happy to support your legislation so long as it contains an exception so broad that it effectively negates the proposed law.”

Questioned recently, Virginia Representative Kathy Tran admitted that House Bill 2491 would permit an abortion during labor if requested by a mother for mental health reasons. She and many in the ever-sympathetic press have tried to walk back that statement, but the cat is already out of the bag. Her answer was correct, based on the wording of the law. Regardless of the cries in the press of how “extreme” the hypothetical is, this law and the New York Reproductive Health Act, on their face, would allow such action by the woman’s doctor with NO state oversight whatsoever.

Yet we are told we must trust women and their doctors when they make these decisions. Really? As abortionists, my partner and I were faced with a situation challenging our lawful practice of abortion. A hospital board did not want abortions to be performed in their hospital. Understanding the law, we negotiated a compromise with the board and pledged to perform only “medically necessary” abortions in their facility. From that day forward, we certified on every abortion patient’s hospital record that the abortion was medically necessary. With no actual oversight, who was to stop us?

There are several American doctors who have been performing third-trimester abortions for years and a new subspecialty is being created to train more late-term abortionists. The Reproductive Health Act extends this by allowing non-physicians to perform abortions with no oversight and assuring abortionists they will not be prosecuted for doing so. Several states will follow New York’s example. As such, the right of a mother to have an abortionist kill her unborn son or daughter for essentially any reason at any time during her pregnancy will be protected.

It does not matter how “rare” these procedures may be. The fact that they are allowed at all, except in the most dire of circumstances, is a blot on our country and on the medical profession as a whole.