Social media and tech giant Facebook currently is expecting a tsunami following the release of ‘Facebook Papers’ exposing notorious activities of Mark Zuckerberg and his gang. But, the most alarming news is – Facebook has been recruiting hundreds of thousands of Islamists and Jihadists as freelancers to determine if someone’s post goes against the so-called community standard of if someone has to face “Facebook Jail”. According our own finding, Facebook has been increasingly depending on Islamists and Jihadists, mostly females from countries like Pakistan, India, Indonesia, Turkey, Malaysia, Philippines, Nigeria, Ghana, Somalia, Qatar, Kuwait, Palestine, Syria, Oman, Jordan, Egypt, Lebanon, Bangladesh, Sri Lanka, Libya, Tunisia etcetera.

Most disturbing fact is Mark Zuckerberg and his Facebook are hiring freelancers from mega-terror outfit Hamas, Lebanese Hezbollah, Egyptian Muslim Brotherhood, Iranian IRGC, Al Qaeda, Islamic State, the Taliban, Boko Haram etcetera to determine if any post goes against the so-called community standard. Now imagine what a female jihadist of Hamas would do with a pro-Israel post if she finds it on Facebook. She surely will flag it as violation of ‘Community Standard’. That is the reason behind hundreds of pro-Israel Jewish and non-Jewish individuals being slammed and banned on Facebook.

In South Asia, those female Islamists and jihadists freelancers working for Facebook are preying anti-jihadist and anti-Islamist posts and quickly flagging those as violation of ‘Community Standard’. These female Islamists and jihadists working for Facebook are regularly watching most of the pro-Israel, pro-Zionist and anti-jihadist groups and pages and turning-down hundreds and thousands of posts every day, while they also are regularly victimizing those who are posting anti-jihadist posts on various groups and pages.

While the US Congress currently is hearing allegations against Facebook, Mark Zuckerberg and his gang actually deserve to be immediately indicted for patronizing radical Islam and jihad and they should also be punished for confronting pro-Israel individuals and Zionists.

Facebook has become a dangerous tool for the Islamists and jihadists, resulting in heavy presence of the members of various radical Islamic jihadist individuals on this platform.

It is rumored that Mark Zuckerberg has been receiving financial benefits from various pro-jihadist countries including Qatar in fighting anti-jihadists individuals on the platform.  Zuckerberg also has been enthusiastically promoting pro-China propaganda on the platform, while he also has been countering pro-India and anti-Pakistan posts particularly on various groups and pages. 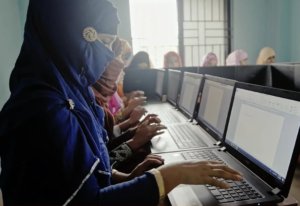 According to credible sources, hundreds of anti-Semite accounts have been inserted as members in various pro-Israel groups on Facebook. These regiment of Islamists and jihadists are actively reporting majority of the posts, which helps the Islamist and jihadist freelancers of the social media platform in either pulling-down the posts or banning the person who had posted it.

Mark Zuckerberg deserves to be punished. The US administration should immediately investigative the notorious behavior of Facebook on its users and illogically pulling-down hundreds of posts every day and for ruthlessly banning thousands.