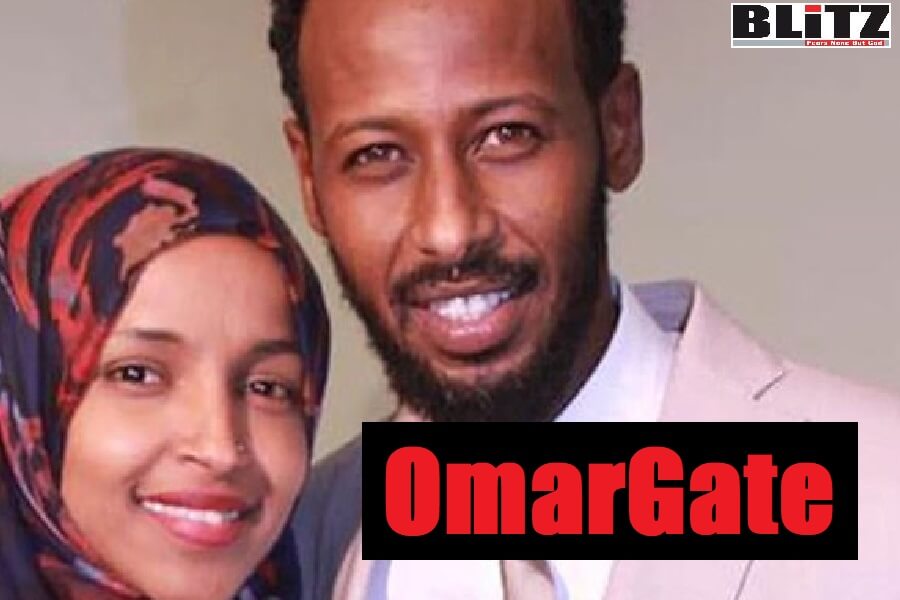 American state machinery, including FBI (Federal Bureau of Investigation) are competing in hiding notorious crimes committed by several key figures in the ruling Democratic Party as well as Joe Biden’s scandalous son Hunter Biden. According to a report published in the New York Post, Minnesota GOP operative Anton Lazarro posted online DNA evidence that allegedly shows Rep. Ilhan Omar was once married to her brother. The test results stated there is a 99.999998 percent chance that Omar and her second husband, Ahmed Elmi, now her ex-husband, are siblings, according to an analysis by British company Endeavor DNA Laboratories. But before Lazarro could share the results with the media, he was arrested on underage sex-trafficking charges and jailed pending a court hearing. Even his website that contained test results  was suspiciously taken down by the authorities concerned, proving, there has been frantic bid from the ruling party and a section of the administration in hiding scandalous activities of individuals like Ilhan Omar.

The New York Times said, Lazarro and a group of conservative donors had spent hundreds of thousands of dollars on three continents hiring private investigators to track down Elmi Omar’s ex-husband in the UK and procure his DNA from a drinking straw. Omar’s DNA, Lazarro’s website claimed, was extracted from saliva on a cigarette butt she was photographed smoking.

Omar previously has denied Elmi is her brother, calling the claim “absolutely false,” “absurd” and “offensive”.

Special Agent Joy Hess, from the FBI’s Twin Cities field office, which investigated allegations that Omar married her brother Elmi to get around US immigration laws told the New York Post that the “statute of limitations” had run out on the case. In a recorded conversation with an associate of Lazarro, posted on his website Wednesday, Hess also said the FBI could not pursue the case because Omar’s ex-husband Elmi had moved overseas.

“The statute of limitations is over,” she said. “According to the US Attorney’s office The Statute of Limitations is not something we can overcome in that matter … The individual in question left the country so there’s nothing to [do]”.

When New York Post asked if the new DNA evidence would be considered, Joy Hess said: “All I can just say is that according to the United States Attorney’s Office the Statute of Limitations limits what we can do in this matter”.

While FBI has been trying to dodge investigation into Ilhan Omar’s marriage scandal, left-leaning media has shown extra-zeal in helping an Islamist Omar in saving her face. The Daily Beast in a report said: “For years now, Omar—a naturalized American citizen born in Somalia—has been dogged by unproven and largely baseless rumors from the right that her ex-husband is actually her biological brother and that she married him so he could obtain American citizenship. As The Daily Beast’s Will Sommer wrote back in 2019, the origin of the conspiracy centers on a single anonymous online post on an obscure Somali diaspora forum.

“Despite no proof surfacing to support the politically motivated smear, Carlson—who has maligned Omar as “living proof” U.S. immigration laws are “dangerous”—has been undeterred, relentlessly promoting the conspiracy on his show and hosting anyone who will breathe more life into it. On Wednesday, he brought on New York Post columnist and Fox News contributor Miranda Devine as the latest person to make the case.

“Earlier this week, Devine wrote a column that implied the FBI covered up evidence proving that Omar married her brother, citing a GOP operative who claims he has DNA evidence tying the Minnesota congresswoman to her ex-husband. That Republican strategist, however, is none other than Anton Lazzaro, who was arrested last week on multiple charges of underage sex trafficking.

“In her column, meanwhile, Devine noted that “before Lazarro could share the results with the media, he was arrested” on the sex-trafficking charges, seemingly suggesting that the FBI took him down in an effort to shut him up.

“Citing Lazarro’s website about the supposed Omar DNA results—which Lazzaro claims he obtained by stalking Omar and her ex-husband and nabbing a discarded cigarette and drinking straw—Devine stated that an FBI agent told a Lazarro associate that they won’t pursue the case because the “statute of limitations” is over”.

What Ilhan Omar said about marrying her own brother?

On the allegations of marrying her own brother, Ilhan Omar issued a statement, which is available online. The statement says:

Ilhan Omar is her statement has admitted, the father of her children Ahmed Hirsi had changed his name from Ahmed Aden to Ahmed Hirsi while obtaining US citizenship. No one has asked the reason behind changing the name.