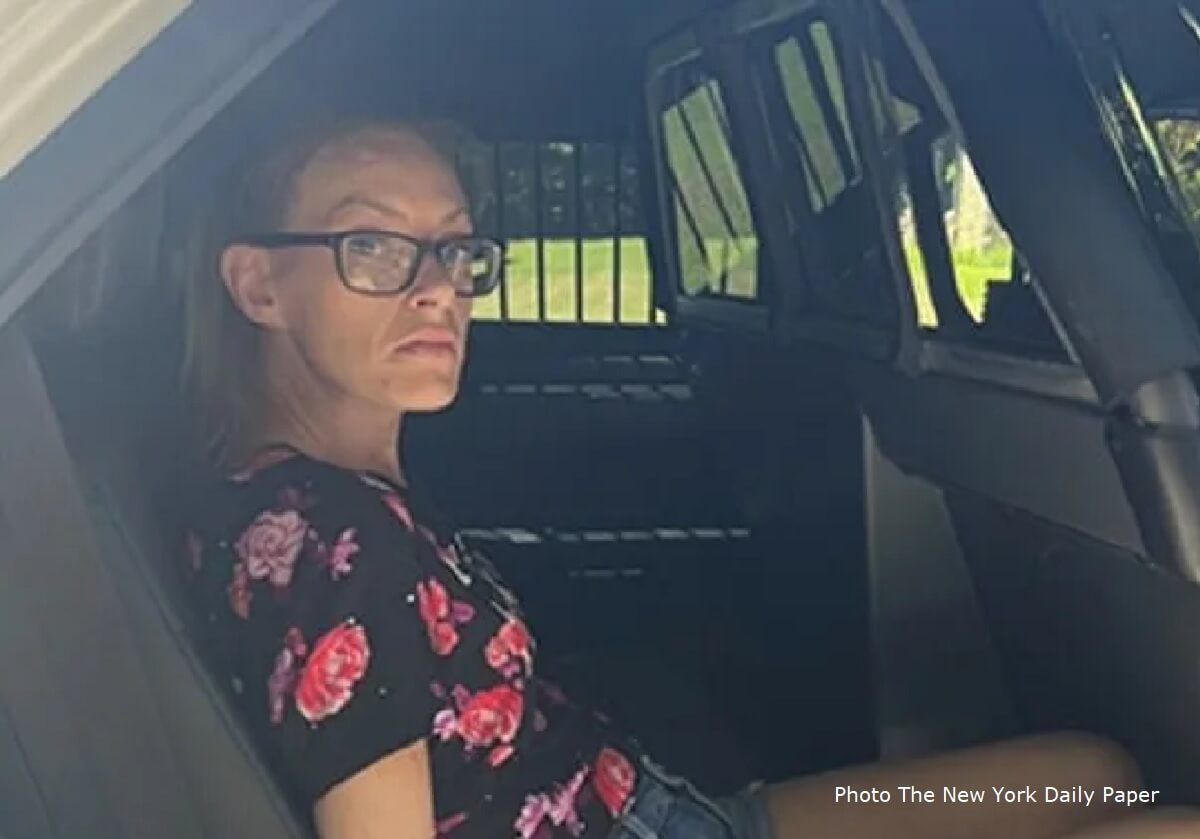 It was kiss of death indeed, when a female prisoner at Tennessee prison killed her inmate boyfriend through a deadly kiss. The female prisoner named Rachal Dollard was accused of smuggling drugs into a Tennessee Department of Correction facility in February now finds herself behind bars after a fatal overdose of an inmate.

Rachal Dollard was charged with second-degree murder this week after authorities said she was seen passing drugs to inmate Joshua Brown as the two kissed during a visitation at the Turney Center Industrial Complex prison in Only, Tennessee, a community in Hickman County.

Brown swallowed a balloon pellet containing half an ounce of methamphetamine, according to Tennessee Department of Correction (TDOC) officials. He later died at a local hospital.

“This incident points to the real dangers of introducing contraband into prisons and the consequences that follow”, said David Imhof, Director of TDOC’s Office of Investigations and Conduct, in a media release.

“Our agency will pursue prosecution against any individual who threatens the safety and security of our staff, the men and women in our custody, and our facilities”, David Imhof added.

Rachel Dollard was Joshua Brown’s girlfriend, and in February they “exchanged a kiss during visitation at the Turney Center Industrial Complex”, about 65 miles southwest of central Nashville, the Tennessee Correction Department said in a statement.

Joshua Brown swallowed a balloon pellet containing half an ounce of methamphetamine and died later of an overdose at a local hospital, the statement said. He was serving an 11-year sentence on drug charges, with his term set to end in 2029.

Earlier in another incident it was reported that a trans prisoner has impregnated two female inmates. According to media reports, a biological male who identifies as a transgender woman was allowed by the state of New Jersey to select which prison to serve out a 30-year sentence for manslaughter.

The prisoner, who identifies as Demi Minor, chose a woman’s prison. Minor, age 27, has since been moved to a juvenile facility for males after impregnating two female inmates, a report said.

In 2021, New Jersey enacted a policy to allow prisoners to be housed in accordance with their preferred gender identity. The policy, which must be in place for at least a year, was part of a settlement from an ACLU lawsuit.

The state Department of Corrections told NJ.com it still operates under the policy but “the department is currently reviewing the policy for housing transgender incarcerated persons with the intention of implementing minor modifications”.

Housing decisions, the spokesman said, “are made within the parameters of the settlement agreement which requires consideration of gender identity and the health and safety of the individual”.

According to a blog post on the Justice 4 Demi website, Minor claims that “I was transferred to New Jersey State Prison, where guards continued to call me he and him….I was called he and him well over 30 times, this has not happened to me in years being referred to primarily as a man”.

Minor claims that the Department of Corrections “violated my right to be safe and free from sexual harassment, by putting me in one of the most violent youth Correctional facilities. While living here at GYSC, I have found my self under attack by young inmates who are immature and just plain ignorant towards a person like me. I don’t think DOC realizes the psychological damage that has been done from moving me out of a women’s prison to a male facility, its harsh and, I don’t know what it’s like to live as a man, and In refuse to ever revert back to such habits or behavior”.

The post went on to complain that the youth prison does not have cable TV or LGBT groups.