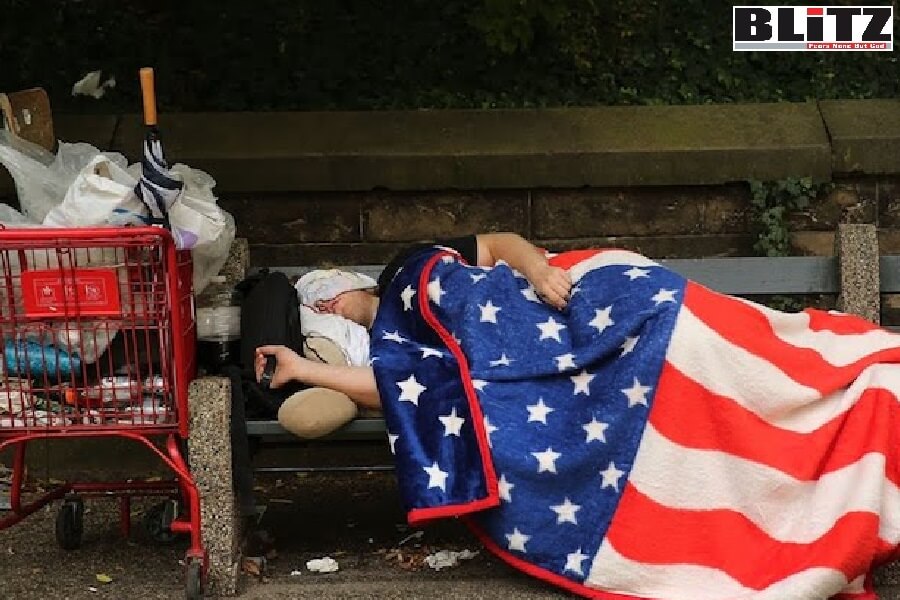 For the majority of Americans, the social-economic crisis in the US is as dire as it has been in almost a century. Something is clearly incongruous about what the media is choosing to focus its attention on and what is actually happening to the vast majority of people in the US. Writes Mark Lesseraux

What is becoming increasingly clear to all but the most indoctrinated is that the agendas of both the left and right factions of the mainstream media are being dictated by a handful of corporate billionaires who now own all of the major mainstream channels of information. These inordinately wealthy media moguls and their hired democrat and republican representatives in government are dead set on deflecting the public’s attention and turning it toward anything but the enormous wealth gap that has significantly widened over the last two years.

Since the outset of the COVID-19 pandemic the billionaire class, who own and run the mainstream media, have increased their wealth by an unprecedented 55%, with 700 people taking in about 2 trillion dollars profit. During this same period millions of Americans have lost their jobs and their homes. On top of this, the exponentially accelerating advancement of AI technologically is soon going to make thousands, if not millions of jobs obsolete.

For the majority of Americans, the social-economic crisis in the US is as dire as it has been in almost a century. Something is clearly incongruous about what the media is choosing to focus its attention on and what is actually happening to the vast majority of people in the US.

The US is a socio-economic culture whose construction was enabled, to a large degree, by slave labor. The US’ history of racism and brutal exploitation of people of color is an undeniable yet often intentionally obfuscated fact. From this point of view it’s a good thing that an historical perspective about racism and its lingering, deeply detrimental effects is now proliferating.

The somewhat paradoxical problem though, is that the agenda of the mainstream left media is precisely the opposite of what they are pretending it to be. The Democratic Party, having lost its ability to assist the middle and lower classes due to its giving in completely to the billionaire class and the neoliberal “free” market agenda over the last two decades, is now using identity politics in an attempt to hold onto its dwindling base of support.

The impetus behind the mainstream media’s use of this disingenuous tactical approach is glaringly obvious to anyone who has been paying a modicum of attention to the bipartisan shift toward corporate deregulation and privatization that has been going on over the last four decades. The mainstream media is attempting to create schisms between black, brown and white members of the working class by drawing their attention away from the historically unparalleled and still widening division of wealth between the billionaire class and everyone else.

The mainstream media’s central directive now is to divert the public’s attention from what has been an out and out coup by the billionaire class, a coup that has been going on and escalating since the financial crash of 2008. The mainstream media, due to Clinton era media deregulation, is now completely run by huge corporations, by a handful of billionaires. The mainstream left media now functions largely as a shield and a watchdog for this billionaire class, deflecting and deceiving its audiences, encouraging and pointing them toward dead end struggles and infighting.

Meanwhile, the right has shifted into a realm of magical thinking and retrogression. The mainstream right (and the alt-right) media are, for the most part, a cauldron of regressive and in some cases deeply dangerous (and yes racist) tendencies. The right now promote an inverted anti-historical stripe of atavism that champions a return to an imagined America of the past. Ironically, the right are calling for a restoration of a provincial, industrialized form of capitalism, a form that the right itself instigated the destruction of during the Reagan era.

This is what remains of our New Deal propelled social democracy after four decades of Reagan-Clinton-Bush era deregulation and “corrections”. We are left with a country, with a world in fact, that exists solely to serve the interests of the super wealthy, the billionaire class (who no longer pay taxes in the US).

Sorry so bleak, but this is IMHO where we are at. The mainstream “left” and “right” have in a sense fused; in that they have both equally succumbed to the dictates of the billionaire class. All of this has, for the moment, left the fait of the vast majority of Americans in the hands of a handful of extremely wealthy businessmen who are totally disconnected from and seemingly blind to the massive crisis that they themselves are exacerbating.

Hopefully better/wiser/kinder forces will arise in the coming decade/s. I believe they will arise, eventually. In the meantime, it is up to us to make an effort to seek out sources of news and information that serve the interests of our common (global) future and not the dictates and whims of the powerful and wealthy few.