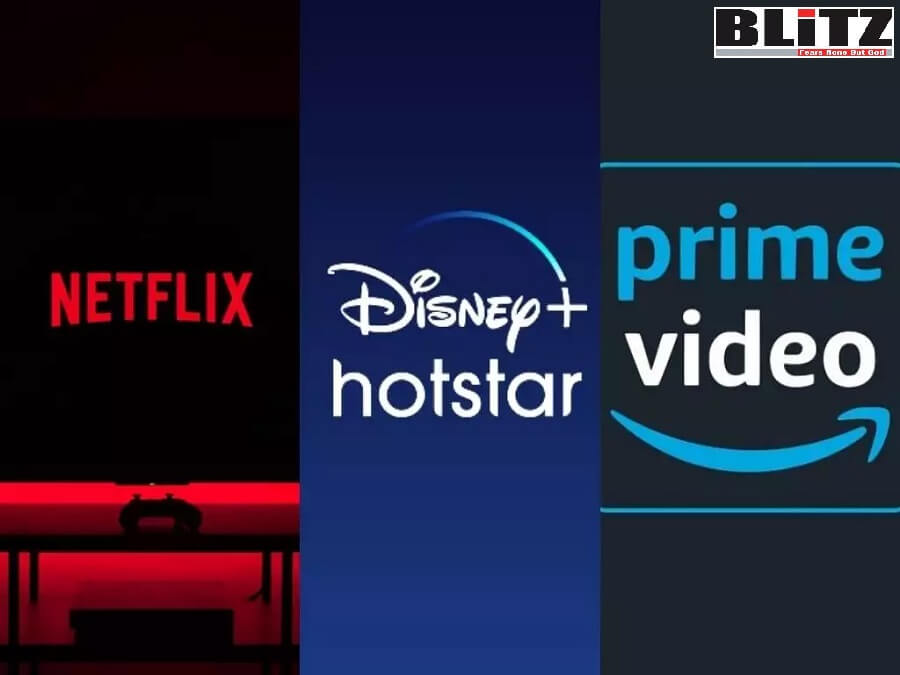 With almost 1.4 billion population, India is truly a huge market both to the local and foreign companies. Eyeing on such massive population, a large number of foreign OTT platforms, such as Netflix, Amazon and Disney are competing in establishing their dominance in the country. This may be good news to local film and drama production houses, but it surely is no good news for the country. According to a recent statistic, Netflix already has grabbed more than six million subscribers in India, while Amazon has over 18 million, Disney+ over 34 million, while HBO Max, Paramount+ and Apple TV+ too are having huge number of subscribers in the country. Meaning, every month, these non-Indian OTT platforms are earning hundreds of millions of dollars from the Indian subscribers and majority of these revenue are sent out to their headquarters.

Netflix subscription in India ranges between Indian rupees 199 to 799 per month. Again, this company is making hundreds of millions of dollars every month from subscription.

For Netflix, that’s just 0.6 percent of its global revenues of US$20.2 billion for 2019. But India is growing at a scorching pace: in 2019-20, Netflix nearly doubled its Indian revenues. … As a result, the share of Asia-Pacific in Netflix’s revenues has increased from 6 percent in 2018 to 10 percent in 2020. But its main competitors — Disney+, HBO Max, Paramount+ and AppleTV+, as well as the old-guard streamers Amazon Prime Video and Hulu — have cut into Netflix’s share of viewers’ attention.

Something should be noted here. Netflix, Inc. is an American pay television over-the-top media service and original programming production company. The company was founded in 1997 by Reed Hastings and Marc Randolph in Scotts Valley, California. Meaning, it is not an Indian company, nor any Indian has any stake in Netflix Inc.

For a country like India, spending hundreds of millions of dollars towards foreign OTT platforms is truly a big issue. On the other hand, most of these international OTT platforms, including Amazon has flopped in China even after offering a very low subscription fee.

According to industry insiders, Netflix, Amazon, Disney+, HBO Max, Paramount+, and Apple TV+ are not spending even a fraction of the revenue these companies are earning in India towards making of contents such as web series, web films and full-length feature films. Instead, in most cases, Netflix, for example, are collecting contents from the Indian production companies on revenue-sharing basis. Meaning, they are not investing anything.

In India, there are a large number of local OTT platforms with the potentials of becoming international. But the main obstacle in spreading these Indian OTT platforms internationally is the contents. Indian OTT platforms mainly are producing or buying contents based on local stories and castings. On the other hand, Netflix or Amazon are not restricting their area of buying or collecting contents only within the United States. Netflix has been buying contents from Spain, Mexico, Morocco, Turkey, the Middle East and many other countries in the world with the goal of getting it popular amongst people of different languages and culture.