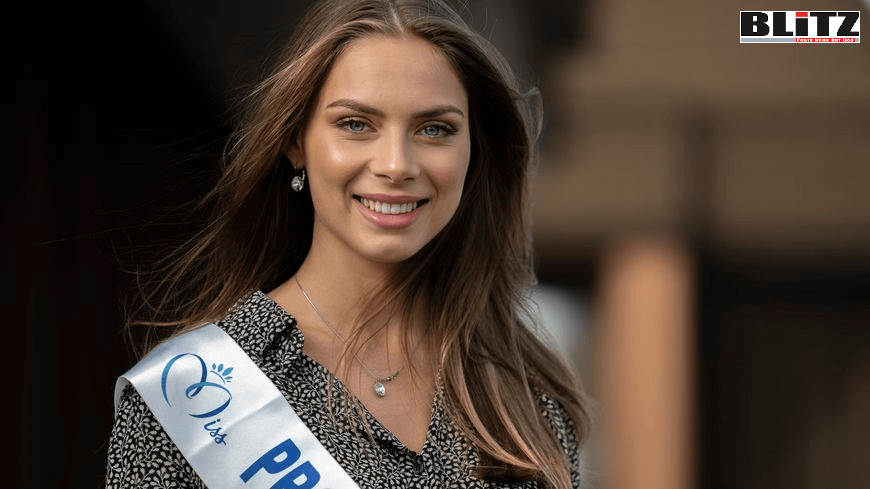 When the astonishingly beautiful April Benayoum, a contestant in this year’s Miss France contest, told an interviewer that her mother was Serbo-Croatian and her father Israeli, the response was a flurry of antisemitic tweets and tirades from all over France. The report is here: “Jewish Groups, Local Politicians Voice Fury Over Vicious Antisemitic Social Media Attacks on French Beauty Queen,” Algemeiner, December 20, 2020:

Leading French-Jewish groups, the Israeli Embassy in France, and numerous local politicians on Sunday condemned a storm of antisemitic attacks on social media against April Benayoum, a top contestant in the Miss France contest.

Benayoum, who revealed during the competition that she has an Israeli father, was competing as Miss Provence and came in first runner-up in the contest on Saturday night. Her Israeli connection, however, prompted a vicious outbreak of antisemitism, with tweets calling for her exclusion because of her Jewish heritage and others such as “Hitler forgot to exterminate you, Miss Provence.”

“All occasions appear to be good for spreading hatred of Jews and Israel,” the group added sarcastically, and demanded that Twitter take responsibility for what had happened….

The Israeli Embassy in France also weighed in, saying, “We condemn in the strongest possible terms the surge of antisemitic and anti-Zionist hatred on social networks last night” and pledged “full support” for Benayoum.

Local politicians also expressed anger at the incident, with the country’s Interior Minister Gerald Darmanin tweeting, “I am deeply shocked by the rain of antisemitic insults against Miss Provence. We must not let anything go. Shame on their authors.”…

“Clémentine Autain, a National Assembly Deputy for Seine-Saint-Denis, called the antisemitic attacks “appalling,” and added, “In this matrix of violence, the Jewish people are hated for the sole reason that they are Jewish. My full support for April and all victims of anti-Semitism.”…

Having read a few of the tweets about her, I notice that some are in broken French, suggesting the author is not a native Frenchman, but an immigrant from elsewhere. And where might that elsewhere be? Your guess is as good – because it’s exactly the same – as mine.

I’m not sure what plans April Benayoum, who is both Miss Provence and now first runner-up (“première dauphine”) in the Miss France contest for 2020, may have had in mind for after the competition. Perhaps she hadn’t begun to think that far ahead. I’m unfamiliar with the Miss France contest, so I don’t know if the girls are supposed to display not only perfectly formed faces and svelte figures – that would be quite enough in my book — but also, as in the Miss America contests, to be so much more than just a pretty face. You know how these things go. The contestants for Miss America are supposed to tell the judges that in their spare time they’ve been working for world peace, ending poverty, stamping out racism, halting global warming, bringing diversity and inclusivity to every last village and farm, and working “tirelessly” to create a world where everyone can sit in his — oops! her — house by the side of the road and be a friend to man. And that’s not all. When not practicing Bach partitas on her violin, the contestant enjoys reading Proust and Joyce, and painting in the style of Vermeer or, when the spirit moves her, Matisse. She also takes the time to help the less fortunate by volunteering at food pantries and hospitals.

No, the French would never demand such a multitude of talents. For them, a beauty contest is a beauty contest. I’m with them. I don’t care if April Benayoum can’t bring about world peace or an end to global warming. She is ravishing.

Now what has been the effect of all those antisemitic tweets? The ones that wish that “Hitler could return and finish the job”? Well, for those who can be tracked down – and Twitter has its ways – they can expect not just a mountain of ridicule, but a visit from the gendarmerie. Electronic and audiovisual expressions of antisemitism in France are offenses under the law. Those people who tweeted for Ms. Benayoum’s benefit that they wished, as the most retweeted sentiment put it, “Uncle Hitler, you forgot to exterminate Miss Provence” will almost certainly find themselves arrested, hauled up before a judge, before being given a colossal fine, and sent to prison.

The wheels of justice are already grinding. The Paris prosecutor’s office on Monday said that it had opened an investigation in the Benayoum case, into racist insults and incitement to racial hatred, each of which is a crime in France punishable by one year in prison and a €45,000 fine, equivalent to about $55,000. That should make antisemites think twice; all those who made their atrocious comments about April Benayoum on social media are being traced, and will face French justice. A year in prison and a $55,000 fine is quite a punishment to inflict, but people who wish Hitler to return “to exterminate” April Benayoum have earned it.

Investigators will now seek to identify the people who posted the tweets in question, a spokesman for the Paris prosecutor said, adding that it would be premature to say how many posts are under investigation or to speculate about their authors’ motives.

And Ms. Benayoum herself? She sounds quite able to withstand the abuse. She’s a sturdy sort. The publicity about her mistreatment has gone around the world. It’s been on the BBC, on Italian and German television, the subject of stories in Brazil and Japan and Australia and the U.S. Do you doubt what will happen next? She’s received, thanks to those who wished her dead, millions of dollars of free publicity. She’ll be invited on every Francophone program that has room for a beautiful face, and if she can learn – or does she already know? – a passable English, the English-speaking world will be ready to interview her, too. She can describe how those who wished to fill her with anguish only made her stronger. She’ll be in the main fashion magazines. Cover of Elle. Cover of Glamour. Cover of Vogue. Cover of Grazia. Her story might even end up being told, most sympathetically, in the pages of the U.A.E.’s English-language paper, The National.

Can a guest appearance on SNL be far behind? Or an appearance on the Colbert Report? Perhaps as part of a story for 60 Minutes on the increase of antisemitism in Europe? And of course Hollywood beckons to April Benayoum, the Provencal miss who becomes the Girl of the Golden West. I see her in a film about Mossad’s acts of derring-do in Iran. The film opens with a fast-paced retelling how Israeli agents assassinated five top Iranian nuclear scientists — Tehran traffic, horns honking, while a motorcycle zooms up beside a car, a scarcely audible pop-pop is heard, then the motorcycle speeds away, managing to elude Iranian police — and this happens four times, before the most important one — Mohsen Fakhrizadeh – is assassinated in quite a different way, with a gun directed from afar, to fire on his car as it passes, two cars blown up, before getting to its main story, of how Mossad agents, working feverishly against the clock in the middle of a Tehran night, blasting their way through 32 steel doors, in order to locate and seize Iran’s nuclear archive pf some 100,000 pages of documents that will be spirited out of the country. She’ll be perfect, with that face of an innocent ingenue that belies the fact that she’s the most dangerous agent of them all, rivalled only by her colleague and love interest, the dashing, wisecracking Uzi Cohen (played by George Clooney). A Star is Born.

In savagely attacking April Benayoum, those antisemites who pined for a resurrected Mr. Hitler to “finish the job,” have only promoted her prospects far beyond what winning the Miss France contest would have done. Her career has been given, quite unintentionally by her would-be tormentors, a fabulous boost. How furious they will be, when they recognize what they’ve done. As for April Benayoum, keep your eye on her. From here on out, it’ll be onward and upward for the beauty from Aix-en-Provence.