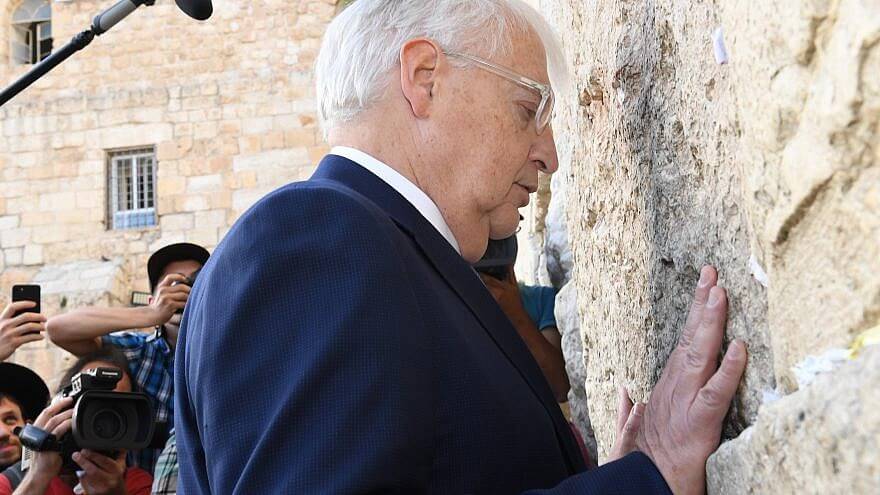 U.S. Ambassador to Israel David Friedman believes that the Golan Heights will remain under Israeli sovereignty, and certainly won’t be placed back in the hands of Syria’s current leader, President Bashar Assad.

“So I think you’d put Israel at a great security disadvantage by giving up the high ground of the Golan Heights,” he continued. “Needless to say, I can’t think of a less deserving person to receive this kind of reward than Bashar Assad. So there are a whole host of reasons why I would expect the status quo to remain.”

Friedman stressed that the Trump administration may consider official recognition of the Golan Heights as Israeli territory in the future.

Two weeks ago, during a visit to Israel, National Security Advisor John Bolton remarked that the Trump administration is not discussing possible U.S. recognition of Israeli sovereignty over the Golan Heights. Responding to this remark, Friedman said that “it is certainly possible” that the United States would recognize Israeli sovereignty, explaining that Bolton’s remark “was simply a statement of fact. It’s simply not on the list of things that are happening right now.”

“I really can’t see that happening, no matter what party is in control,” he said. “In order for an administration to reverse this, they would have to conclude that Jerusalem is not the capital of Israel and Tel Aviv is. I think that would be a far more controversial thing to do than what the president did. It would be completely at odds with reality and I don’t believe that there is any American politician of any party—of no party—who would take a position that is completely contrary to reality. So I don’t think that’s going to happen.”

Attempting to explain Trump’s deep affection for Israel, Friedman revealed that Israeli intelligence had helped prevent terrorist attacks on American soil, and spoke about the president’s appreciation for Israel’s success.

“He likes to win,” Friedman said of Trump. “He’s very good at winning, he likes people who win, he thinks that success breeds more success and he knows how difficult it is to succeed, so I think he has greater admiration for what Israel has accomplished, maybe even more than some Israelis.”

“UNRWA is a critically flawed organization,” he said. “It doesn’t advance regional peace and actually perpetuates the conditions that make peace even harder to achieve. As such, the U.S. doesn’t see how any additional investment in the agency will yield a worthy return for the American taxpayers.”

Like Loading...
Recommended for you:
Continue Reading
Advertisement
You may also like...
Related Topics:UNRWA an antisemite organization, UNRWA is a critically flawed organization, US doen not see how any additional investment in UN