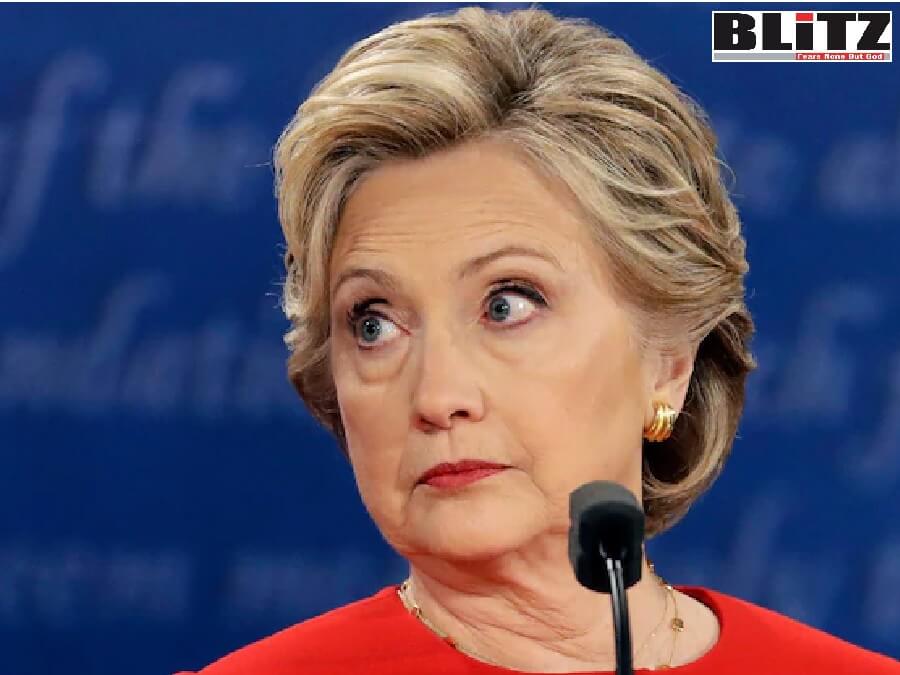 Special Counsel John Durham’s investigation has proved massive involvement of Hillary Clinton in the Russiagate scandal. According to legal experts, Hillary Clinton, the former first lady, senator, and defeated presidential candidate might be on the run – from infamy and suspicion, if not from actual legal jeopardy. It may be reminded here that, during the 2016 presidential election in the United States, Hillary Clinton came up with allegations of Donald Trump making a Faustian deal with the Russian to “steal” the election from Clinton.

Recently, Hillary Clinton refused to comment on the findings of Durham’s report. Having recently refused to address the issue when confronted in New York City by a Daily Mail reporter, Clinton soon took to Twitter with a response to swirling rumors in conservative circles that the walls are closing in on her campaign’s efforts to discredit her presidential rival. In the tweet she said: “Trump & Fox are desperately spinning up a fake scandal to distract from his real ones”. Possibly she was referring to the efforts of hyper-partisan New York Attorney General Letitia James to pin charges on the Trump family relating to real estate business deals.

Donald Trump, his son, Donald Trump Jr., and daughter Ivanka have been ordered to testify before James’ office.

Liberty Nation has reported extensively on the Russian collusion hoax since it first attracted the spotlight.

From the very beginning, this saga brings to mind Bacon’s Law, a game enjoyed by movie buffs – otherwise known as Six Degrees of Kevin Bacon – in which enthusiasts attempt to divine connections between a random movie and the actor.

Briefly, this involves establishing a sequence of six professional or personal relationships between Bacon and anyone connected with the film in question.

Examining the details of the Trump-Russia collusion theory uncovers an undeniable pattern; everyone involved in the discovery, investigation, and promoting of this unlikely fantasy was either working for Clinton’s 2016 campaign, promoting her as the preferable victor, or desperately trying to prevent Trump from becoming president, as Christopher Steele, the creator of the “Steele dossier”, admitted.

Steele, a former British intelligence officer, was paid by a U.S.-based law firm to gather information damaging to Trump.