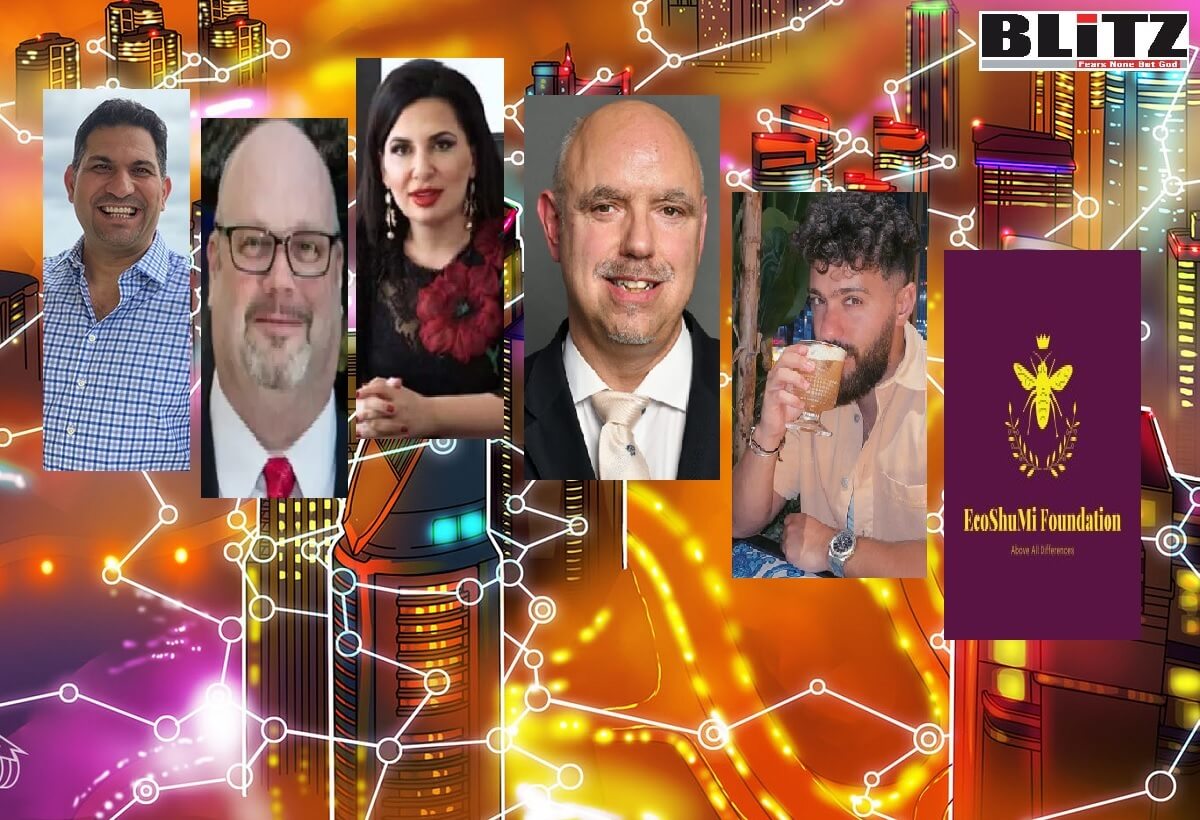 Sensing immense opportunities of cheating millions of people nefarious scam Dracula such as Nuno Jorge Da Cruz Sebastiao alias Jorge Sebastiao is leading a massive scam cartel, with the notorious agenda of cheating millions of people in Dubai and rest of the United Arab Emirates as well as other countries in the Middle East. It may be mentioned here that, Jorge Sebastiao has already established an office of a fraudulent company named EcoX in Dubai under the garb of event management company, although members of EcoX including Jorge Sebastiao are active member of a scam cartel named Bank Bene Merenti and YEM Foundation which sells bogus YEM coin. A Jordanian national named Saif Al Nazi (known as DJ Saif) is a partner in EcoX. Another individual named Dan Settgast is also one of the kingpins of this racket.

It may be mentioned further that there is no country or sovereign entity in the world named ‘Bene Merenti’, except for a foundation named ‘Sovereign Order Bene Merenti’, which has no connections or links with the Bank Bene Merenti scam cartel or its bogus YEM coin. ‘Sovereign Order Bene Merenti’ is an association or foundation registered on December 29, 2005 in Riga, Latvia. Its registration number is 40008097119. Its postal address is Lielirbes iela 6 – 92, Rīga, LV-1046 and Certificate of Registration number is B011805, dated July 30, 2009.

According to Latvian authorities, ‘Sovereign Order Bene Merenti’ organization does not exist since 2019.

READ: Jorge Sebastiao – a scammer, a gangster, a trafficker

A new platform of scamming Dracula gang in Dubai?

On September 13, 2022, Jorge Sebastiao has launched another fraudulent entity named ‘EcoShuMi Foundation’(Web Archive Link), which is believed to be a massive fraudulent preparations eyeing on the ‘Dubai Metaverse Assembly’. Our reporters already are investigating background of the individuals named in this organization. According to information, individuals involved with ‘EcoShuMi Foundation’ are:

Zuzana Uchnarova, Co-Founder, UAE Liberland Ambassador [Liberland, officially the Free Republic of Liberland, is a micronation claiming an uninhabited parcel of disputed land on the western bank of the Danube, between Croatia and Serbia. It was proclaimed on 13 April 2015 by the Czech right-libertarian politician and activist Vít Jedlička, meaning such nation does not exist], Partner at LycanChain, Investor at Immersion4, Co-owner at ChainSense Liberland [another bogus claim because this so-called Liberland is uninhabited and disputed entity],

Dr. Bernardo Javalquinto, Former candidate for the presidency of Chile,

H.M. King Derile Pentland II, King at Kingdom of Pictland [there is no place in the world called Pictland],

Dunston Pereira, COO to the Royal office of HH Sheikh Ahmed Bin Faisal Al Qassimi, TOP 50 Most Impactful Person on Linkedin, board of director in 15 NGO across world, Advisor to Numi Kingdom,

Dr. Eno Praise, Chairman, Chesterbtidge Group, Executive Director; Leaders Without Borders Development Centre [there are social media accounts of Leaders Without Borders Development Centre in the world, on LinkedIn account and Facebook account. According to the website, it claims to have offices in 21, Fox Grape Road, Thorold L2 V Ob4 Ontario, Canada; 4220 Duncan Avenue St. Louis MO 63110, USA, and Africa World Business Centre, Millenium Plaza, Sheikh Zayed Road, Dubai. But this so-called organization does not have any office phone number except for the only one in Dubai +971523731154],

Eliezer (Moodi) Sandberg, Former Minister of Science and Technology of Israel [according our information he is a former minister and associate of Prime Minister Benjamin Netanyahu, who was named as a suspect in the ongoing and ever-expanding corruption investigation into the multi-million-dollar purchase of naval vessels from Germany],

Elisa Bellesia, Founder and Chief Financial Officer, EBISBANK [according to the website of EBISBANK, this entity does not have any contact address or even phone number],

Fernando Martinho, CEO, Relayz.io [According to website of Relayz, this so-called organization too does not have any office address or contact phone number],

As our reporters are further investigating this suspicious EcoShuMi Foundation(Web Archive Link) and other scam rackets in Dubai and elsewhere in the world, we shall continue to publish reports exposing those criminals and scammers. Meanwhile, we are requested individuals and journalists around the world to provide us information on MLM, Ponzi scheme, cryptocurrency, rainbowcurrency and similar crime rackets.

Blitz is an independent newspaper, established in 2003 for the purpose of presenting balanced coverage of events.

Our slogan is – Fears None But God, meaning, we have the audacity of publishing truth against lies and bias. For years, we have been upholding this principle despite multiple forms of challenges. In today’s world of insanity and biased journalism.

For this reason, it has emerged as the most influential newspaper enjoying credibility and acceptability amongst the policymakers in the world. Because of our investigative reports, Islamist militancy groups such as Hizbut Tahrir, Hizbut Towhid, Khatmey Nabuwat Movement, etcetera were banned in Bangladesh and the West. Blitz has been the first newspaper to expose the notorious activities of Zakir Naik, a radical Islamic preacher, who has now been banned in a number of countries including Bangladesh, Canada, India, and the United Kingdom. We also are against militancy outfits such as Al Qaeda, Islamic State, Boko Haram, Al Shabab, the Taliban etcetera including Iranian proxies Hezbollah, Houthis and Hamas.

Editor of this newspaper, Salah Uddin Shoaib Choudhury is a multi-award winning anti-radical Islam and anti-militancy journalist with international acclaim. He received ‘Freedom to Write’ award in 2005 from PEN USA; American Jewish Committee’s prestigious ‘Moral Courage Award’ in 2006; ‘Monaco Media Award’ in 2009 etcetera. Choudhury is a research-scholar and a prominent counterterrorism specialist in the region.

Most of the articles and reports in Blitz are read by thousands of readers from around the world. Back in 2007, members of the US Congress had recognized Blitz as the most influential newspaper in the Muslim world.

This newspaper enjoys international repute for its investigative journalism. We have vigorously confronted a number of scam rackets in the world, including MLM, Ponzi scheme and crypto scammers. In Bangladesh, due to our investigative reports, a massive MLM company named Destiny Limited was shut-down in 2012 and all the members of this Ponzi scheme are now in prison.

We shall continue to expose scam rackets in anywhere in the world.