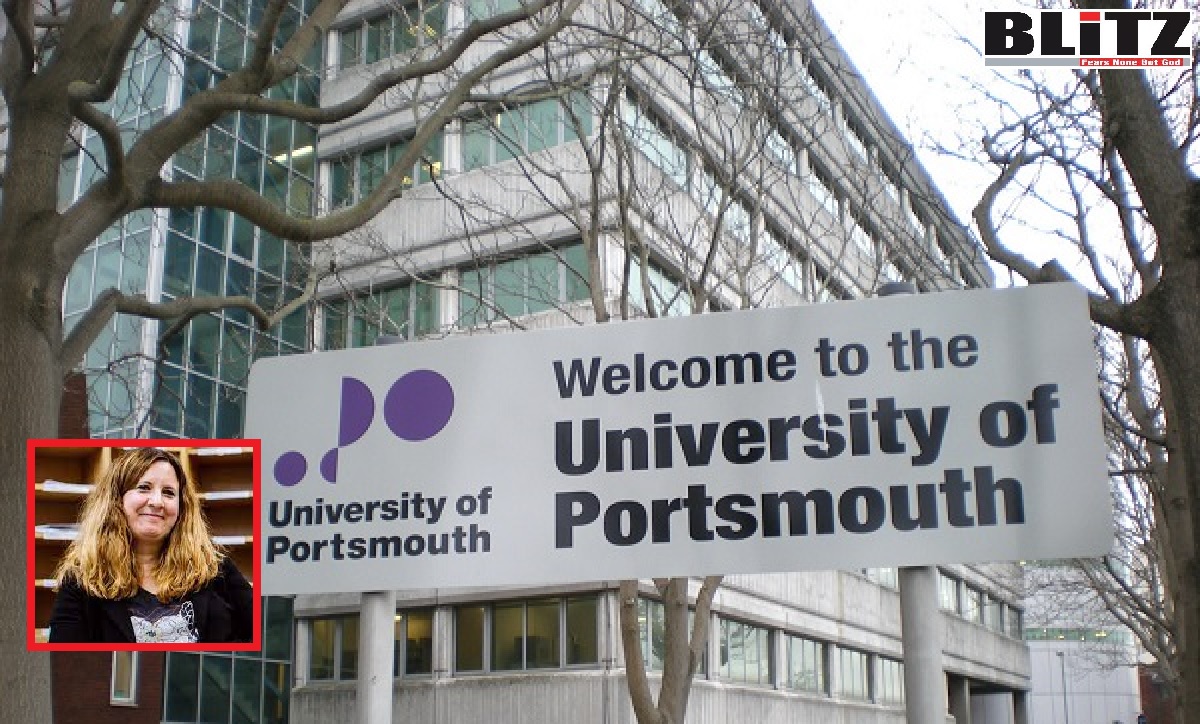 Scandal centering the University of Portsmouth and its Professor Tamsin Bradley is taking a dramatic turn with someone posing as the “Solicitor” of the university sending suspicious message to this newspaper asking for removing our report titled ‘Suspicious Professor of a dubious UK university’. Finally it seems to us that the fraudulent and dubious activities of the Portsmouth University has started getting exposed.

Blitz report detailed Professor Tamsin Bradley of the University of Portsmouth, who has been claimed to have been the supervised a non-existent thesis of Shahid Uddin Khan, an Interpol-wanted convicted terror-funder. Shahid Uddin Khan smuggled-out millions of dollars from Bangladesh and invested heavily in properties and other business ventures in the United Kingdom.

On May 5, 2022, Shahid Uddin Khan in a post his Facebook ID published photograph of an image of a certificate of ‘Doctor of Philosophy’ (Certificate number 00058408), which he claimed to have been issued by the University of Portsmouth, UK. When a correspondent of Blitz contacted the university, they expressed utter surprise as they even have never heard the name of Shahid Uddin Khan. Subsequently, the editor of Blitz and counterterrorism specialist, Salah Uddin Shoaib Choudhury contacted Professor Tamsin Bradley over her email and phone number. She neither answered the email nor had received calls. Meanwhile, checking through information available on TrueCaller apps labels Bradley’s phone number as “Likely a business”.

Meanwhile the team of Indian newspaper The Eastern Herald has also sent email to Professor Bradley and called her phone number several times, and surprisingly, there was neither any answer to the email nor response to the phone calls.

The entire matter started looking as extremely suspicious to the teams of Blitz and Eastern Herald.

Surprisingly, all on a sudden, within hours of publication of the latest report in Blitz, there was a correspondent from someone on the ‘CONTACT US’ option of the Blitz, stating:

According to procedure, if anyone has to raise objection to any content published in a newspaper or wants to send a rejoinder, he/she is required to communicate through email and provide contact details of the sender. In this case the sender of the above message, “Claire Dunning” did not follow the due procedures. This has already generated further doubts in our minds about the University of Portsmouth, Professor Tamsin Bradley and those rackets centering this UK institution.

Immediately after receiving the above-mentioned message, we have tried to find if there is truly anyone named Claire Dunning, associated with the University of Portsmouth. To our utter surprise, we did not find anything.

As the activities of the University of Portsmouth and its possible connections with an Interpol-wanted terror-funder has already been exposed, we are calling upon the UK authorities, including law enforcement agencies to initiate immediate investigation into the matter and take due legal actions.