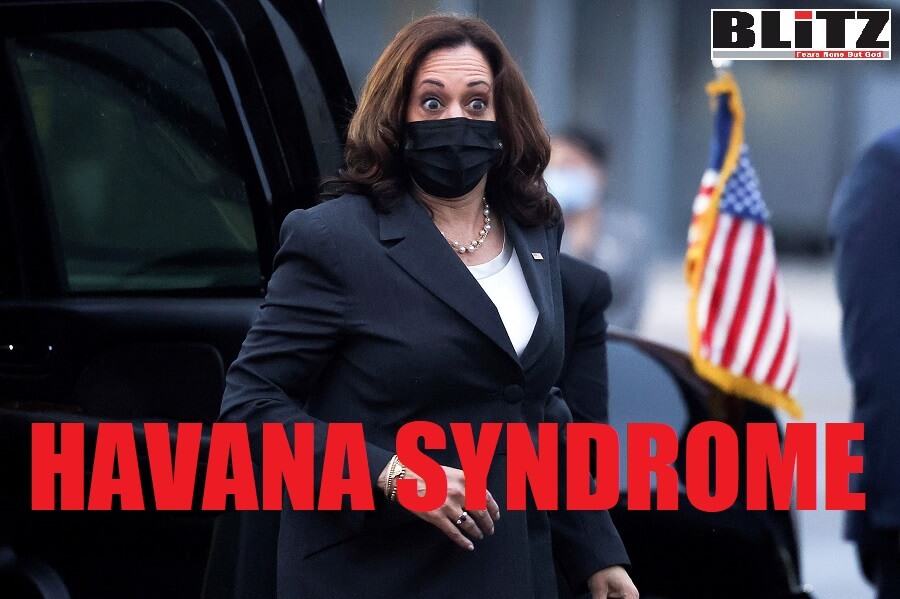 Only few days ago, US Vice President Kamala Harris experienced unexplained health incident potentially related to the mysterious Havana Syndrome. And now a team member of the CIA director has experienced the same. According to media reports, a CIA official reported symptom consistent with so-called Havana Syndrome, a mysterious affliction that has struck diplomats, spies and other government workers at home and abroad, two sources familiar with the matter said.

According to health experts, a large proportion of people experiencing Havana Syndrome may no longer be able to work. It said, US Vice President Kamala Harris who had experienced Havana Syndrome very recently may lose her ability to work within the next few months, which would end her aspiration of becoming America’s first female president.

The unidentified employee was traveling with CIA Director William Burns during a trip to India this month. The employee was immediately tested as part of a protocol the CIA has established to deal with the mysterious brain symptoms typically associated with Havana Syndrome and is receiving medical treatment, the sources said.

“The health and well-being of American public servants is of paramount importance to the administration, and we take extremely seriously any report by our personnel of an anomalous health incident,” a senior administration official said Monday night. “It is a top priority for the U.S. government to determine the cause of these incidents as quickly as possible and that we ensure any affected individuals get the care they need.”

Many people who have experienced Havana Syndrome report experiencing vertigo, dizziness, fatigue, nausea and intense headaches. Some describe it as being hit by an invisible blast wave. Some have no longer been able to work.

The India incident has raised questions about whether a foreign adversary had intentionally targeted the CIA director’s staff, but the sources said the agency is unclear what exactly could have caused it. The case is one of a number of new incidents in recent months involving CIA personnel who have experienced what U.S. officials call “anomalous health incidents,” the sources said.

The case of Kamala Harris

According to media reports, some 200 US officials and kin, including CIA officers, have been sickened by “Havana syndrome,” CIA Director William Burns has said. A US National Academy of Sciences panel in December found that a plausible theory is that “directed energy” beams caused the syndrome, he said.