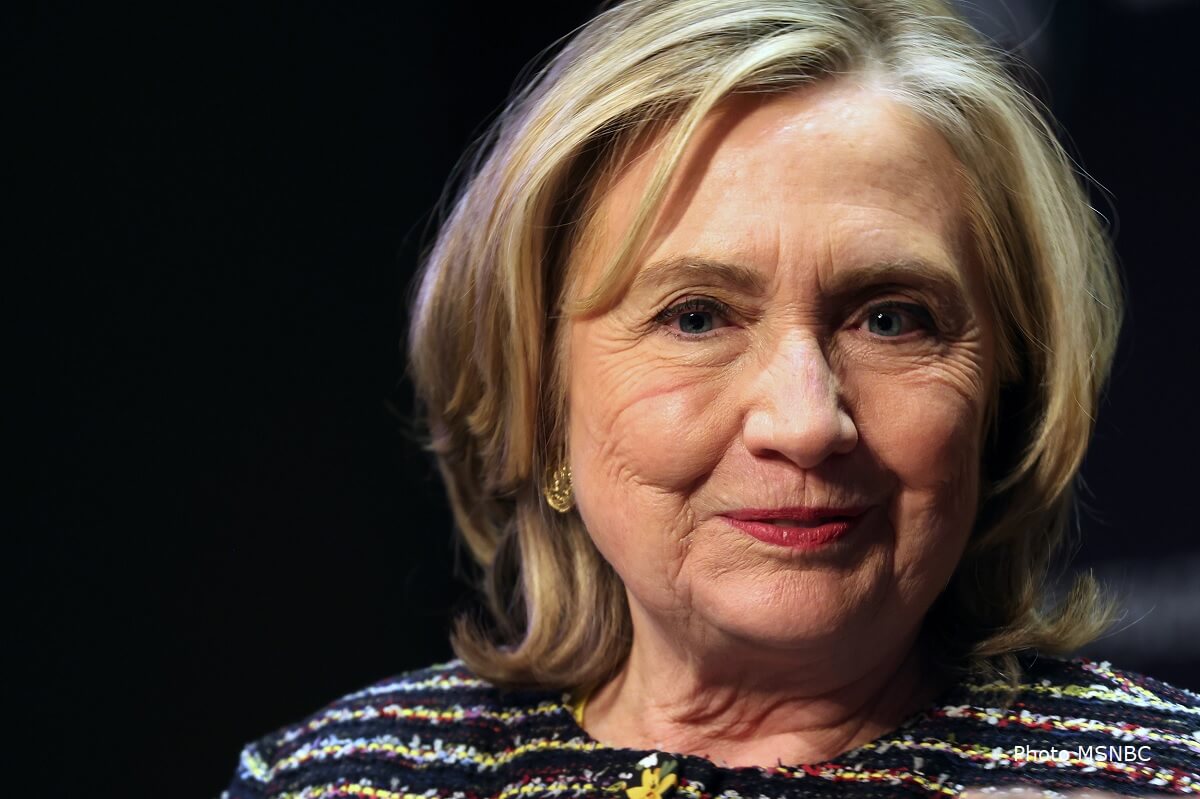 Within hours of FBI raid at Donald Trump’s Mar-a-Lago home, based on a credible source in the US, Blitz had said, Hillary Clinton was one of the masterminds behind this raid. According to our own sources, one of the main purposes of FBI raid at Mar-a-Lago was to steal and damage all documents Trump might have about Hillary Clinton’s emails as well as Russiagate conspiracy.

Meanwhile, the Republicans on the House Judiciary Committee have written to US Attorney General Merrick Garland, FBI chief Christopher Wray and White House Chief of Staff Ron Klain telling them to produce all of the documents used to assemble the FBI’s raid on President Donald Trump’s residence in Florida.

The letter to Garland, whose department also has been involved in a scheme to persecute parents who object to their local school boards’ anti-parent agendas, explains simply:

The letter asks for production of “all documents and communications referring or relating to the execution of a search warrant on President Trump’s residence”, “referring or relating to the decision to seek a search warrant”, regarding the “use of confidential human sources(s)” regarding the search, “communications between or among the Department of Justice, Federal Bureau of Investigation, or the Executive Office of the President” about the raid, and more.

The letter explained, “The FBI’s unprecedented raid of President Trump’s residence is a shocking escalation of the Biden administration’s weaponization of law-enforcement resources”.

“The American people deserve transparency and accountability from our most senior law-enforcement officials …. We will settle for nothing but your complete cooperation”.

“These actions not only undermine the stated mission of the department, they violate the most fundamental tenets of our country”.

Further, they launched their attack on the possible 2024 GOP candidate for president based on his alleged possession of the type of records other president have taken home with them, and over which they have faced no investigation whatsoever.

However, “One Senate investigator told RealClearInvestigations that Laufman, then Justice’s top counterintelligence official, was the ‘mastermind’ behind the strategy to dust off and ‘weaponize’ FARA against Trump campaign officials”, creating the Russiagate disaster, the reporting explained.

“Laufman signed off on the illegal wiretapping of Trump campaign adviser Carter Page. An Obama campaign donor, Laufman helped oversee a wide range of politically charged cases as the DoJ’s counterintelligence section chief – including the department’s highly irregular, kid-gloves investigation of Hillary Clinton concerning her mishandling of classified emails as secretary of state”.

Russiagate was the manufactured scheme that was used by Hillary Clinton, Democrats and the DOJ against Donald Trump before his 2016 election and then for years into his term. Facts now reveal that Hillary Clinton had told others she was planning to tie Trump to Russia, and then her operatives and those in the DOJ and FBI took off running with the false claims, even submitting manufactured evidence to a federal court to get permission to spy on Trump campaign staffers.

Paul Sperry explained, “Sources say Hillary Clinton operatives have been secretly working with Archives officials and the Justice Department for several months and are behind the push for the investigation of Trump as ‘revenge’ for Clinton being investigated for mishandling classified materials in her Emailgate scandal”.

Identified as “conflicted” DOJ officials on the raid were Nicholas McQuaid, who worked with Hunter Biden’s criminal attorney, Lisa Monaco, a Barack Obama aide implicated in Russigate, and Maggie Goodlander, the spouse of top Biden aide Jake Sullivan, who was implicated in Russiagate.

Sperry reported, “Sources say the FBI agents and officials who were involved in the raid on former President Trump’s home work in the same Counterintelligence Division of the FBI that investigated Trump in the Russiagate hoax and are actively under criminal investigation by Special Counsel John Durham for potentially abusing their power investigating Trump in the Russian fraud and therefore have a potential conflict of interest and should have been RECUSED from participating in this supposed ‘espionage’ investigation at Mar-a-Lago”.

He explained the Russiagate conspiracy theory was launched originally based on some esoteric Foreign Agents Registration Act technicality, while the most recent assault against Trump was based on a records requirement.

Paul Sperry warned of the consequences of ignoring the manipulations that appear to be going on inside the federal government under Joe Biden.

“We only become a police state if police and intelligence abuses aren’t fully exposed and punished and corrected and prevented from happening again through another Church Committee and tougher legislation. Democrats and their poodles in the press won’t help with that. They are complicit in the abuses and part of the cover-up. That leaves milquetoast RINO ‘leaders’ like Kevin McCarthy and Mitch McConnell as the Republic’s saviors, along with Special Counsel John Durham, who is operating on a shoestring budget and skeletal staff and moving at a non-aggressive, non-urgent, glacial pace. We are doomed”, he wrote.

The manipulations of facts go as high as US Attorney General Merrick Garland, he said.

“When AG Garland at his press conference insisted he had no choice but to take the invasive measure of an armed raid on Trump’s home after ostensibly exhausting less Draconian options, he left out the fact that he had already ordered an equally invasive measure of seizing the security surveillance video of Mar-a-Lago and effectively spying on the comings and goings of Trump and his family and visitors for two months”.

The suggestion that Democrats now are suddenly concerned about nuclear secrets seems implausible, too, he suggested.

“Recall how Dems and MSM didn’t give a rip about ‘national security’ when President Clinton declassified tens of thousands of pages of secrets about our nuclear weapons program, transferred dual-use missile and other technology to China, and, kicked open the doors to Los Alamos and our other nuclear weapons labs to Chinese scientists. Beijing subsequently stole the designs to every nuclear warhead in the US arsenal, including MIRVs, according to the Cox Report, and now China can independently target Honolulu, Los Angeles and San Francisco with a single ICBM”.

He also reported the FBI paperwork authorizing the raid on Trump’s home allowed agents to seize any boxes “in proximity” to any targeted papers.

“This is Russiagate 2.0. They were busted trying to frame Trump as a traitor previously, and now they’re launching a new witch hunt in a desperate attempt to suspend disbelief about their guilt in the last witch hunt. This new frame-up also serves as a way to dirty him up heading into 2024, seeing how their Jan. 6 pre-impeachment effort has failed,” he charged.

There is, however, one problem that likely will develop for Democrats, he said.

“It turns out that those working for Trump at his Florida estate during the FBI raid refused FBI requests to turn off security cameras on the premises, which means Trump now has footage ready-made for an explosive campaign commercial”.

Further, Sperry reported, “Former FBI counterintelligence agent and attorney Mark Wauck calls ‘logical’ the possibility the FBI was really trying to cover its own tracks in the Mar-a-Lago raid by searching for damaging #Spygate #Russiagate documents Trump may possess”.