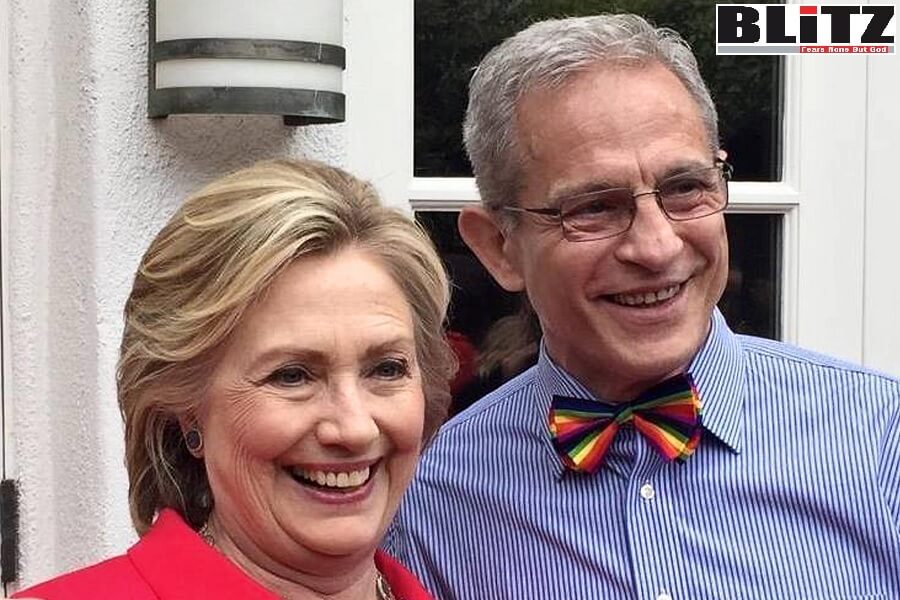 Ed Buck, a former top donor to the Democratic Party who also gave money to former President Barack Obama and presidential contender Hillary Clinton, was sentenced to 30 years in federal prison on Thursday for the deaths of two black men who overdosed on drugs in his home.

The 67-year-old Buck was found guilty in July 2021 on nine felony counts including “maintaining a drug den, distribution of methamphetamine and enticement to cross state lines to engage in prostitution,” according to a Los Angeles Times report last summer.

Buck had been exchanging drugs for sexual favors, which led to the overdose deaths of two black men in his West Hollywood, California, apartment. NBC News reported that prosecutors sought a life sentence for Buck, noting that he preyed on the vulnerable to fulfill his sexual fetish.

His defense attorneys, on the other hand, asked for a sentence of less than 25 years, suggesting it could allow for rehabilitation and “would be much preferable to relegating him to death in prison.”

“U.S. District Judge Christina A. Snyder said Thursday in downtown Los Angeles that the sentencing decision was difficult because she had to balance the good Buck did in his life with ‘horrific crimes’ that she called ‘more than just an accident,’” NBC added.

Since the mid 2000s, Buck has given more than $500,000 to political candidates and causes, almost all of them linked to the Democratic Party. Forty politicians now holding office in California, ranging from Los Angeles City Hall to Congress, have cashed a check from Buck.

Gemmel Moore, 26, died at Buck’s home in July 2017, while 55-year-old Timothy Dean died there in January 2019. At the time, Moore’s mother, LaTisha Nixon, “questioned whether Buck’s ties to elected officials and differences in race and class influenced the investigation,” the Times reported.

At the time of Buck’s arrest, neither Obama nor Clinton had anything to say about taking money from him, but his arrest prompted several Democrats to cut their ties to him, Fox News reported.

“I am deeply disturbed by the latest revelations of a second death by overdose at the home of Ed Buck,” California Democratic Rep. Ted Lieu said in January 2019, announcing plans to donate more than $18,000 in contributions to civil rights charities.

“I received a campaign contribution from Ed Buck and have donated the amount I received to a local charity, the Kenneth Young Center, to combat drug addiction,” Rep. Raja Krishnamoorthi of Illinois also said.

Fox News noted, however, that “former Secretary of State Hillary Clinton and former President Barack Obama remained quiet on the subject in January — and their spokespeople [at the time of Buck’s arrest] didn’t respond to Fox News’ request for comment on what they would do with their donations from Buck.”

The Los Angeles County Democratic Party, however, praised his arrest.

“For our community, a predator with a Jekyll and Hyde personality is now off the streets,” the LACDP said. “And it is due to the ongoing support and pressure from many activists and community groups including Black Lives Matter, Jasmyne Cannick and more.”

Buck, a former model and actor, made a significant amount of money as CEO running — and then selling — data service company Gopher Courier.