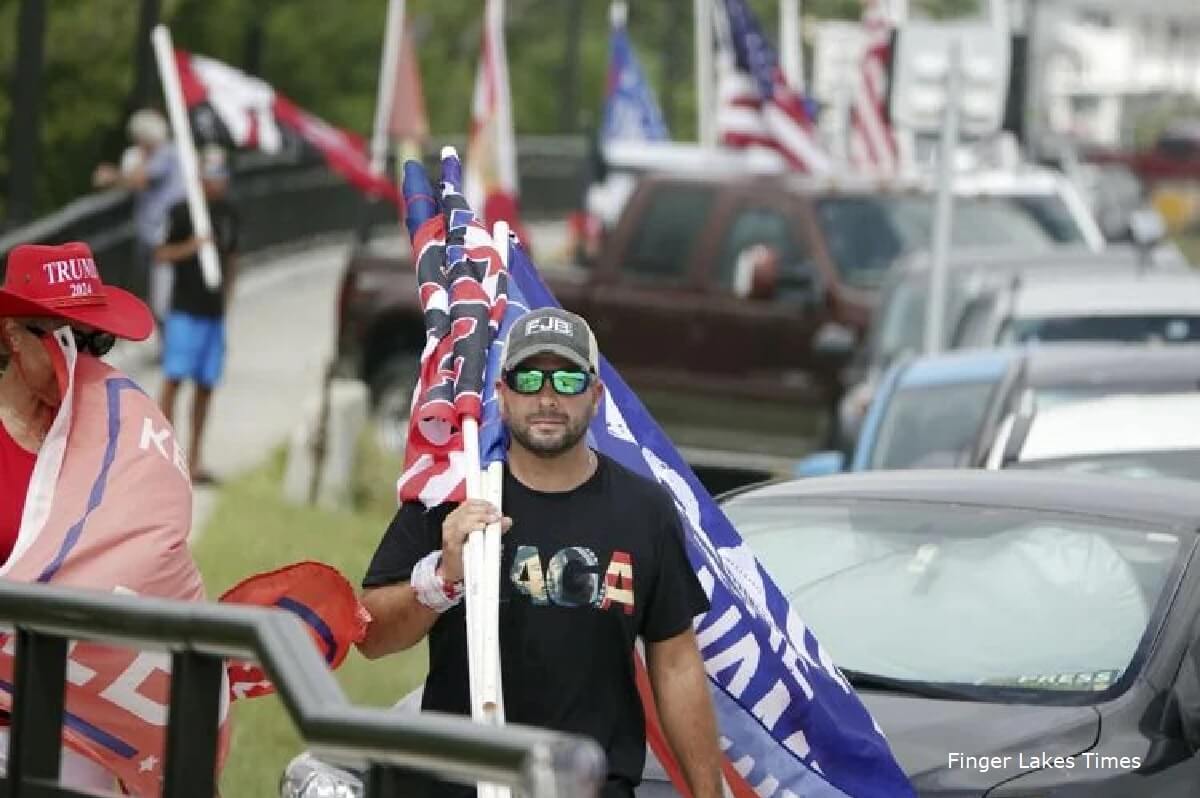 Former Secretary of State Hillary Clinton has been brutally mocked after a tweet that many believed was her response to the raid on former President Donald Trump’s home.

“Every ‘But her emails’ hat or shirt sold helps @onwardtogether partners defend democracy, build a progressive bench, and fight for our values,” she said. “Just saying!”

Clinton famously kept classified information on a private email server, which was determined to be “extremely careless,” by former FBI Director James Comey who declined to press charges.

“Hillary is out here bragging that she nor Epstein client Bill will ever be raided by the FBI… because it’s clearly a two tiered justice system,” Tim Young said.

“Hillary is fundraising off of admitting she did worse than what Trump is accused of This is the perfect example of democrat double standards She is gloating that she is above the law and knows democrats will give her money for it,” Tim Pool said.

“She deleted 33,000 emails from a private server she used to conduct State Department business after she got a subpoena and now she’s bragging about it because the game show host that beat her got his house raided for having government documents in his private possession,” Alex Rubenstein said.

“Morality is now completely partisan. It’s OK for our team to break the law, joke about it, even profit off of it. The other team… different story,” Matt Rooney said.

“She openly brags about how the law didn’t apply to her when she made money off foreign governments as Sec of State, deleted 33,000 government emails on a private server with bleach after they had been subpoenaed, and then wonders why she never became president,” Greg Price did.

“Hillary Clinton deleted 33,000 emails AFTER they were subpoenaed and she’s releasing this today, profiting off of it by shilling $33 hats! But Donald Trump is being raided by the FBI on the suspicion of mishandling records!? YEAH It does not seem right,” Luke Rudkowski said.

Many Republicans believe that the raid on the Florida Mar-a-Lago home of former President Donald Trump was done as part of an effort to stop him from becoming president again in 2024, and a former Hillary Clinton linked attorney has not done any favors in dispelling that.

Marc Elias, who worked as an attorney on the 2016 Clinton campaign, cited U.S. Code Title 18, Section 2071, to argue that the former president could be banned from being president again, Fox News reported.

“The media is missing the really, really big reason why the raid today is a potential blockbuster in American politics,” he said on Twitter.

Whoever willfully and unlawfully conceals, removes, mutilates, obliterates, or destroys, or attempts to do so, or, with intent to do so takes and carries away any record, proceeding, map, book, paper, document, or other thing, filed or deposited with any clerk or officer of any court of the United States, or in any public office, or with any judicial or public officer of the United States, shall be fined under this title or imprisoned not more than three years, or both.

Whoever, having the custody of any such record, proceeding, map, book, document, paper, or other thing, willfully and unlawfully conceals, removes, mutilates, obliterates, falsifies, or destroys the same, shall be fined under this title or imprisoned not more than three years, or both; and shall forfeit his office and be disqualified from holding any office under the United States. As used in this subsection, the term “office” does not include the office held by any person as a retired officer of the Armed Forces of the United States.

“Yes, I recognize the legal challenge that application of this law to a president would garner (since qualifications are set in Constitution). But the idea that a candidate would have to litigate this is during a campaign is in my view a ‘blockbuster in American politics,’” he said.