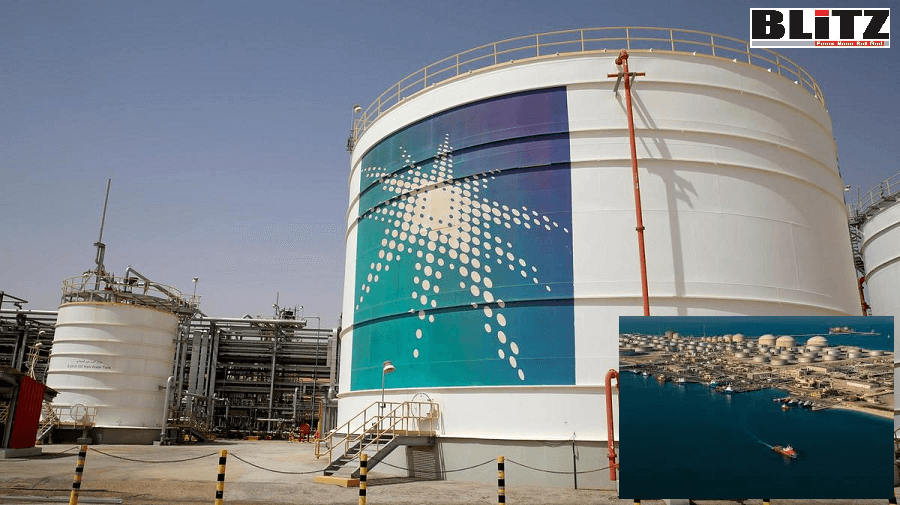 A major oil port and Aramco residential area were attacked with a drone and ballistic missile in eastern Saudi Arabia on Sunday.

A “petroleum tank farm” at Ras Tanura Port, one of the largest oil shipping ports in the world, was attacked with a drone in the morning, the energy ministry said. The drone was coming from the direction of the sea.

In the evening, shrapnel from a ballistic missile fell near Saudi Aramco’s residential area in Dhahran where thousands of the company’s local and international employees and their families live.

No one was injured and no property damaged in either attack.

“The Kingdom condemns and criminalizes such repeated acts of sabotage and hostility,” a ministry spokesman said. “The Kingdom calls on nations and organizations of the world to stand together against these attacks, which are aimed at civilian objects and vital installations.

“Such acts of sabotage do not only target the Kingdom of Saudi Arabia, but also the security and stability of energy supplies to the world, and therefore, the global economy. They affect the security of petroleum exports, freedom of world trade, and maritime traffic.”
The defense ministry said both the drone and the missile were intercepted and destroyed.

As the missile targeting the Aramco site was shot down, it “resulted in scattered debris that fell in close proximity to civilians and civilian objects,” ministry spokesman Col. Turki Al-Maliki said.

He said the ministry would take all measures to safeguard the nation’s assets “in a manner that preserves the security of global energy, puts an end to these acts of terrorism, guarantees the security and stability of oil supplies, protects security of petroleum exports and safeguards freedom of shipping and international trade.”

The attacks come after the Arab coalition said it had launched airstrikes on Houthi targets in Yemen after a wave of drone attacks.
The Iran-backed militia had fired 12 explosives laden drones and two missiles. The missiles targeted Jazan in south-west Saudi Arabia, about 50 kilometers from the Yemen border.

The Secretariat General of the Council of Arab Interior Ministers has strongly condemned terrorist Houthi militia’s repeated and continuing hostilities targeting civilians and civilian facilities in the Kingdom of Saudi Arabia, which amount to war crimes and crimes against humanity.
In a statement issued today, it said that the two terrorist attacks that took place yesterday on the port of Ras Tanura and Aramco facilities in Dhahran only confirm once again the true intentions of these criminal gangs in undermining peace and stability in the region and threatening global energy sources. And they once again confirm the great support being provided for them by some regional powers hostile to the Kingdom and the Arab world.

The Secretariat of the Council expressed its deep satisfaction that brave Saudi air defense forces were able to thwart these two attacks, renewing its full support for the Kingdom and all measures it takes to ensure the security of its citizens and residents on its lands and the safety of its facilities.