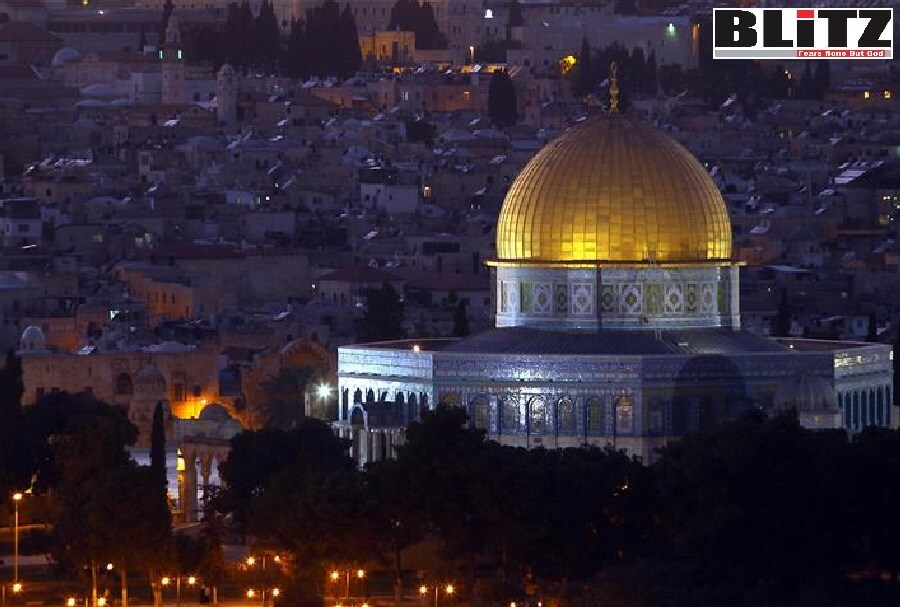 A remarkable gathering of 314 Iraqi notables – tribal leaders, generals, politicians, intellectuals – took place in Erbil, the capital of Iraqi Kurdistan, on September 24. The participants were Arabs and Kurds, Sunni and Shi’a, civilians and military men. They all agreed on one thing: that Iraq should recognize, and make peace with, and normalize relations with, Israel – in other words, that Iraq should join the Abraham Accords. A report on that meeting is here: “Hundreds of Iraqi notables call to join Abraham Accords, make peace with Israel,” by Aaron Boxerman and Lazar Berman, Times of Israel, September 25, 2021:

At Friday’s conference in the Kurdistan region, Iraqi participants called on their country’s leaders to end the state of war and join the so-called Abraham Accords.The agreements, formulated by the administration of former US President Donald Trump, were signed on the White House lawn in September 2020 between Israel, Bahrain and the United Arab Emirates. Morocco and Sudan signed normalization agreements with Israel in the ensuing months.

The gathering which included Sunni and Shi’ite Muslim tribal leaders, social activists and former military commanders, took place in the Iraqi Kurdistan’s capital of Erbil. It was organized by the Center for Peace Communications, a New York-based nonprofit that seeks to advance closer ties between Israelis and the Arab world….

Historically, the Kurds have been more favorably inclined toward Israel than the Arabs have been. Both Jews and Kurds are minorities that have been oppressed by Arab supremacists; Jews managed to create an independent Jewish state and to defend it, ever since, against Arab enemies attempting to destroy it. The Kurds have not obtained the independent state they were promised in the 1920 Treaty of Sevres; they are now struggling for something less ambitious, which is autonomy within the states – Iraq, Syria, Iran, and Turkey – where they live and endure various levels of oppression.

The so-called ‘anti-normalization laws’ in Iraq are morally repugnant, and have been repeatedly exposed by the international community as an assault on human rights and freedoms of expression and association,” said al-Hardan.

Al-Hardan is unequivocally calling for Iraq to allow its citizens to have open dealings with Israelis. Laws to prevent that human contact is “morally repugnant” – strong but justified language indeed – that limits both the freedom of expression (as when Iraqis wish to communicate with Israelis without being punished for doing so) and freedom of association (as when Iraqis might engage in joint activities – trade, tourism, technology — or even person-to-person exchanges), with Israelis. Al-Hardan is a significant figure in Iraq. He is a major tribal leader, and in 2005 he led the Sunni tribes that fought Al Qaeda in the country’s north.

A flourishing Iraqi Jewish community lived in the country for centuries, mostly in the central city of Baghdad. But as British colonial rule ended in Iraq and the State of Israel was born in Mandatory Palestine, everything began to change….

Between 1950 and 1952, over 100,000 Iraqi Jews emigrated to Israel as part of Operation Ezra and Nehemiah. Driven to emigrate by further decades of repression and war, only a handful of Jews remain.

Calling the expulsion of Iraq’s Jews “the most infamous act” in the country’s decline, Hardan wrote in a Wall Street Journal op-ed on Friday that Iraq “must reconnect with the whole of our diaspora, including these Jews.”

There has been a slow, but ever-deepening. reckoning by Arab intellectuals as to what was lost when their Jewish populations fled or were expelled. In Egypt, Morocco, and Iraq, there have been memoirs and studies of what life was like when the large Jewish populations were still present, reporting mainly on the cultural contributions of Egyptian, Moroccan, and Iraqi Jews to the music, art, literature, and even academic life of the countries they lived in. Two Jews, the Al-Kuwaiti brothers, who later moved to Israel, were the two most celebrated musicians in Iraq; their music is still played all over the Arab world. The most famous female singer in Arabic of her time – as the Egyptian singer Umm Kulthum called her — was the Iraqi Jew Salima “Pasha” Mourad; despite the hardships of being a Jew in Iraq after the “nakba” of 1948, Mourad chose not to leave for Israel; she was too attached to Iraq. An Iraqi Jew who wrote in Arabic, Ya’qub Bilbul, was from the 1930s on a major literary presence, with a large readership of both Jews and Arabs in Iraq. Many other musicians, writers, artists who, with a few exceptions, left Iraq for Israel, are the people Hardan would like his country to remember, as it reconnects with their descendants in the Jewish state.

Other Iraqis who participated in Friday’s conference urged their country to rebuild ties with those who arrived in Israel fleeing persecution and their descendants.

“The love and longing for these people endures in our country, while much of the property of these Jews remains in Iraq,” said al-Juburi.

General Al-Juburi and others at the Erbil gathering, aware that many Iraqis lament the loss of their Jewish population, and know, too, that hundreds of thousands of Israelis of Iraqi descent have kept alive their Iraqi Jewish culture. For General Al-Juburi, there is a longing on both sides to reconnect. That is what the Abraham Accords could make possible.

“But the objective reasons are not enough,” Yassin added, stressing that there are “emotional and other reasons” that make open communication between Jerusalem and Baghdad impossible.

When Ambassador Yassin spoke about the “emotional and other reasons” that made open communication between Iraq and Israel “impossible,” it was 2019, a year before the Abraham Accords, that is, before four Arab states chose to normalize ties with Israel. That they have now done so makes all the difference; it will be possible for other Arab states to follow suit, and clearly, the more than 300 notables who met in Erbil to push for Iraq’s joining the Abraham Accords no longer thought such a move “impossible.”

The response would likely be much the same should Iraq decide to normalize ties with Israel, and even cultural activities similar to Friday’s conference have drawn intense condemnation. Al-Ta’i rejected the notion that normalization with Israel meant giving up on the Palestinians….

Al Ta’i wants us to believe that normalization of ties between more Arab states and Israel will not harm the interests of the Palestinians. Is this true? Won’t more Arab states drawing closer to Israel further confirm the Palestinians in their sense of abandonment by the other Arabs? Or is Al Ta’i possibly thinking that if Iraq normalizes ties with Israel it will then be in a better position, having reassured Israel that it is being accepted in its neighborhood, to mediate between the Jewish state and the Palestinians?

In Baghdad, the government was quick to dissociate itself from the meeting of the 314 notables in Erbil. But normalization of ties between Iraq and Israel is no longer unthinkable. The issue has been raised, the supporters of Iraq joining the Abraham Accords have declared themselves. Sunnis and Shia, Arabs and Kurds, these are people of substance, such as the tribal leader Wissam al-Hardan, and General al-Juburi. They have met and declared themselves. Forthrightly. Unambiguously. Something good should come of this.