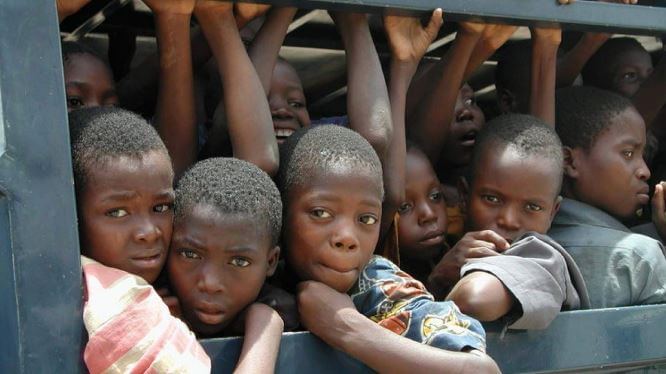 Some 220 victims, mostly ages 11-16, had been passed back and forth, and eventually were forced into all-day market work, carrying heavy loads, and even prostitution.

They were rescued when 100 police officers in Benin and Nigeria fanned out to raid markets, carry out identity checks and investigate reports from Abuja and Cotonou.

The work was coordinated by the international police organization INTERPOL.

“Many of the rescued minors were moved around as ‘merchandise’ across the border, and made to work in markets all day and carry heavy loads,” the report said.

Their work included carrying cargo between Benin and Nigeria.

The rescued children were turned over to various shelters, returned to their parents or given to social affairs authorities, the report said.

So far, police say they have arrested 47 adults, seized a number of vehicles as well as stacks of cash, mobile phones and computers.

“Evidence in the region shows that victims of trafficking are recruited and trafficked using deception and coercion, and held in bondage in various labor intensive activities,” the INTERPOL report said.