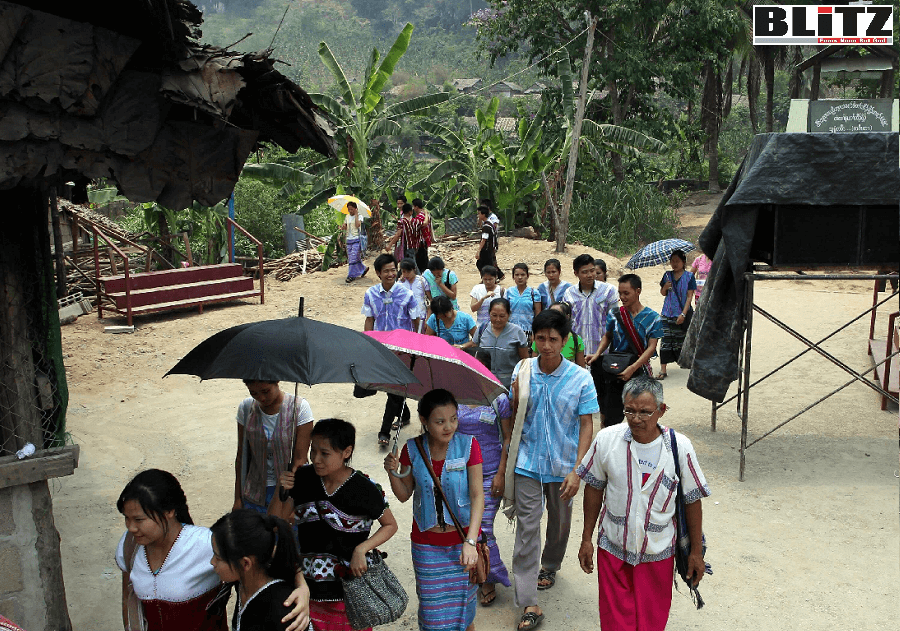 Following military coup, hundreds of people have fled towns and cities in Myanmar and are sheltering in areas controlled by ethnic militias, mostly on Thai border. Meanwhile, for the Thai authorities, this sudden surge in refugees from Myanmar has become extra burden as the nation already is struggling in combating ongoing challenges posed by the COVID-19 pandemic.

According to an official from the Karen National Union (KNU), which has been fighting the Myanmar army for decades, said almost a thousand people were sheltering inside KNU-controlled territory.

Myanmar’s security forces have killed at least 217 people in their crackdown against opposition to the coup, according to the Assistance Association for Political Prisoners, a civil rights group in Myanmar.

“Hundreds of people are now in our area,” Padoh Saw Taw Nee, the KNU’s head of foreign affairs, said in an interview.

“Some are strike leaders, some are involved in CDM (civil disobedience), government staff … deserters of police and military and then also some MPs (members of parliament) and doctors.”

He said a smaller number had also sought shelter further north, on the border with Shan state, in a region controlled by another ethnic militia.

More than two dozen ethnic armed groups are active in Myanmar’s borderlands, and the KNU is among those that have condemned the coup and vowed to support the resistance.

Padoh Saw Taw Nee said a ceasefire agreement with the government prior to the coup had become “paralyzed”.

“We strongly support CDM movement and people’s demonstration,” he said, echoing calls for Myanmar to become a democratic federation.

Thai authorities are bracing for a surge of refugees and have set aside areas to shelter more than 43,000 people in Mae Sot district, according to plans seen by Reuters.

“If there are clashes then we have to assess the situation and have areas prepared,” he said.

“Based on our experience, many people may cross and go back when the situation is safer because they have their homes on the other side.”